How a vodka brand with Sault roots became the gold standard

Katherine Vellinga credits the Sault with setting the path that led her to creating an acclaimed distillery
0
Jul 2, 2019 11:00 AM By: Tiffy Thompson 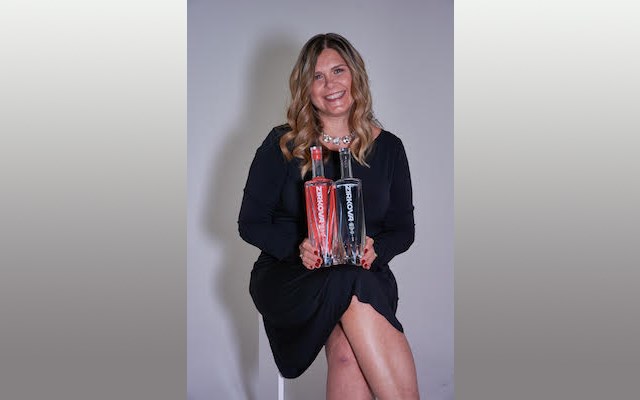 An engineer by trade, former Saultite Katherine Vellinga is perhaps an unlikely person to be at the helm of a luxury vodka brand. But as CEO and founder of Zirkova Vodka, her unique vision has launched the company into its ascendency. Now, Zirkova Vodka is headed to an LCBO near you.

Vellinga credits her formative years in Sault Ste. Marie with establishing a positive trajectory for her life – and eventually, Zirkova. “It’s that sense of roots and community and knowing who you are,” she says. “I own a vodka brand, but it’s not about vodka for me. It’s about creating special moments that bring people together. The magic that happens around a table.”

The daughter of Ukrainian immigrants, Vellinga’s father worked for Abitibi-Price. She lived in the Sault from Grades 4 through 6, attending Anna McCrea Public School. “[In the Sault] there were amazing teachers who believed in us, a strong family where we knew we were loved – and we spent a lot of time together as a family, so it really solidified that sense of knowing who you are and where you come from,” she says.

She especially remembers cross-country skiing at Hiawatha. “We did so many family things together; we were free to roam, to explore. We were in touch with nature. I loved it so much. This was a great place to grow up.”

As a pre-teen, Vellinga had to wear a back brace. “I was like Deenie [from the Judy Blume book],” explains Vellinga. “For a kid who is Deenie to live in the Sault – that was great. No one up here cared if I wore baggy clothes to cover the brace,” she says. “It’s no accident that I went on to become an engineer and CEO, my sister is a CA and CEO. If the outside world is mean, that’s OK because you’re really grounded in the people that love you. I believed I could do anything because I had that community support.”

For years, Vellinga worked as an engineer in the manufacturing industry, eventually landing with Procter and Gamble. But when Ukraine became independent, she pivoted again. “I wanted to be part of the birth of a nation,” she says. She picked up her life in corporate Toronto and moved across the ocean. “That’s when the journey began,” she says. “You make those bold, risky moves that are in line with who you are, and they change the course of your life.”

It was there that Vellinga came upon the birthplace of vodka, in the Cherkaska Region of Ukraine. “I literally found the origins of vodka,” she says. “We found the last living distillery built during Tsarist times. They were really serious about vodka. It was the first time it had gone from the home to being produced for the masses. They searched the land for the perfect source of water; which is terroir, for vodka. That’s what you did – you built the distillery on the water source.”

It was this original method that inspired the process which Zirkova now employs. Everything that Vellinga has done with Zirkova is about honouring the origins, the authenticity and the classical methods of making vodka truly extraordinary. Using a quadruple distillation process, Zirkova only uses the centre-cut spirits  (or “Tsar’s Cut”), making for a smoother drink without the medicinal smell. Zirkova’s approach is an anomaly in the vodka world, which is presently dominated by mass-produced, corn-based spirits.

“I’m a vodka girl,” she says. “The Ukrainian in me drinks vodka straight, the Canadian in me loves my Caesars. Zirkova is the first vodka company in the world to create two expressions of vodka – Zirkova One for the best sipping experiences, and Zirkova Together, which takes any mix and elevates and amplifies the flavour. It makes it taste better and not boozy,” she says.

This idea to develop two vodka expressions is one that she took a chance on. “No one has done that before – some tell me that I’m foolish, that I’m confusing the market,” she says. “But people that I talk to understand it. It makes sense.”

Vellinga acknowledges the biggest challenge she’s faced is taking that risk of putting it all on the line for the sake of realizing her passion. In those moments of doubt, she’s learned to lean on her community, mentors and family for support. It paid off. Now, a global brand, Zirkova is poised to fundamentally shift how we view vodka, and has epitomized the gold standard for taste. It’s also a company that remains true to its values of celebrating community and connection, and has to date raised over $1.3 million in support of human rights and humanitarian organizations.

Vellinga admits that it’s wild to walk into an LCBO now and see her product on the shelf next to Grey Goose and Belvedere. “It’s not like I dreamed to one day own a vodka brand, but you follow your passions you follow your heart,” she says. “Doors open, you walk through them. Don’t worry about how your life is going to turn out, just make the right choices for you at those moments in time.”

Sault paramedics carry on through added COVID stress, express thanks for community support
May 28, 2020 2:30 PM

Oldest living NHLer still going strong as he approaches 98th year
May 19, 2020 10:00 AM
Comments
We welcome your feedback and encourage you to share your thoughts. We ask that you be respectful of others and their points of view, refrain from personal attacks and stay on topic. To learn about our commenting policies and how we moderate, please read our Community Guidelines.