Erasing a piece of the past: Saultite looks to offer free tattoo removal for sex trafficking survivors

“It think it’s an important piece of the puzzle to get more attention - not just the practice itself, but the actual branding, to be able to see it and name it and help,” - Katie Mohamed
Sep 18, 2019 10:51 AM By: James Hopkin 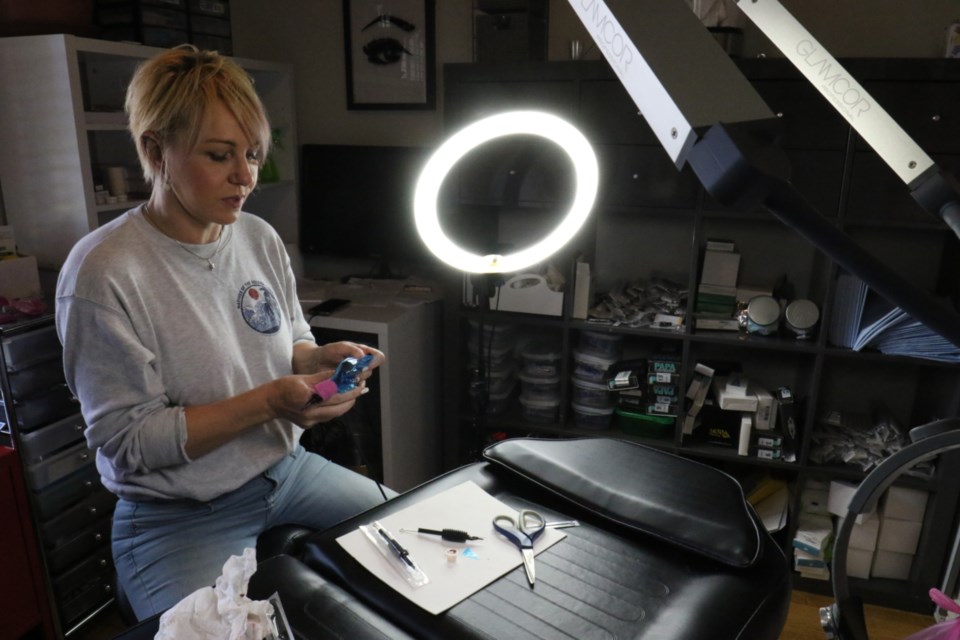 Katie Mohamed wants to use her permanent makeup and para-medical tattoo business to help survivors of sex trafficking erase a piece of their past.

The owner of Dermal Enhancements says she’s willing to remove small and medium-sized tattoos that have been used by sex traffickers in order to brand their victims.

“Right now, it’s just essentially an offer that I’ve put out there to see if there’s any interest,” Mohamed said.

The teacher-slash-entrepreneur says that she came across the idea while visiting a booth set up by tattoo removal company TatXtract during the International Permanent Cosmetic Show in Miami this past July.

That, combined with her own research on sex trafficking, compelled Mohamed to offer a similar free service locally.

“It’s thriving here, unfortunately. It’s deplorable,” Mohamed said. “I do know that sex trafficking victims are frequently marked by their holders, and generally speaking, they will have a brand of some sort.”

Her only concern is that a compromised immune system could make fighting off infection difficult for those looking to have branding from sex trafficking removed.

“The drawback for a lot of victims is that many of them that will likely – and understandably – be in a poor state of health,” said Mohamed. “Health is very important to a successful tattoo removal, particularly because it can be aggressive to the skin, and infection is definitely possible if proper post-care is not followed.”

“That’s definitely something that I need to insist upon to anybody who’s seeking a removal.”

Mohamed says that more and more skin artists in her social network are becoming interested in offering similar removal services.

“A tattoo removal session doesn’t take long. The cost for me for a removal – for the solution and the needle – is not very high,” she said. “It’s a little bit of my time to help somebody. I just can’t imagine what it would be like to go through the experience of being sexually trafficked, let alone to be branded by somebody as if you’re... cattle.”

“For the amount of time it takes me, why not if it helps one person to get on with their life and put something behind them? Hopefully that person will take that forward and spread the word about what is happening in our community.”

Now, Mohamed is looking for a potential partnership with an area business in order to make this idea happen.

She says that in order to comply with regulations put forth by Algoma Public Health, she would need a hand-washing sink, along with another sink to clean her tools with.

Mohamed also requires a separate room in order to do the work, and she’s hoping that she can team up with an organization or business to help her bring attention to the act of sex trafficking.

“It think it’s an important piece of the puzzle to get more attention - not just the practice itself, but the actual branding, to be able to see it and name it and help,” she said.