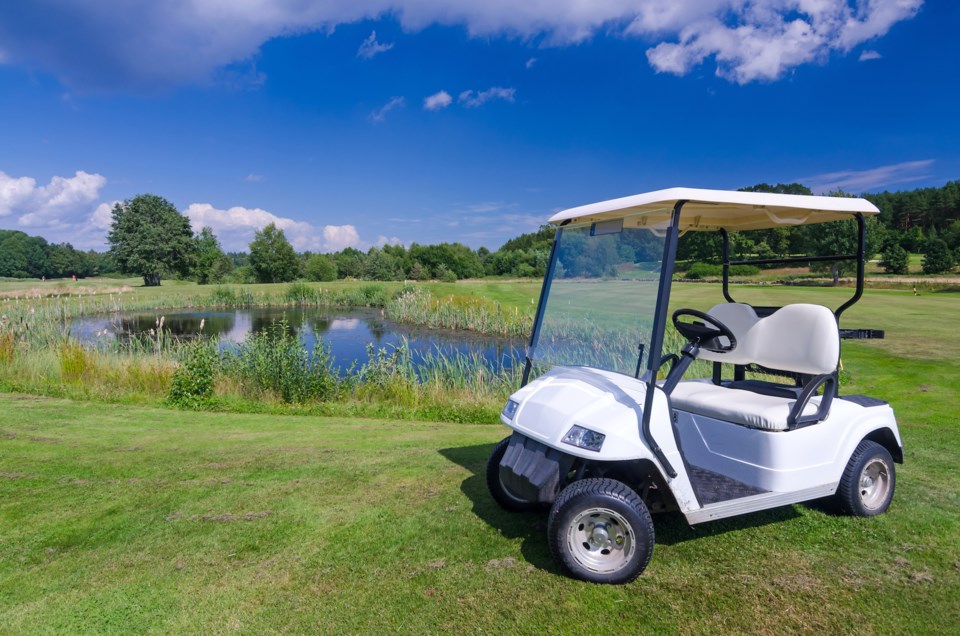 The uncertainty which covered local golf courses like the morning dew this spring gave way to a season which could not have been busier.

“In the spring we didn’t know if we would be able to operate or not,” said Sault Golf Club head professional Jeff Hamilton. “And here we are with an extremely busy season.”

Throughout the season the club has been at full capacity.

“It’s a combination of things,” said Hamilton when asked about the numbers. “The border being closed was a big factor and then a lack of other activities, I guess.”

Hamilton says the hurdles faced this year included adapting to the initial COVID regulations, but the biggest difficulty soon became satisfying the demand.

“We don’t want to disappoint people, but we only have so many spots each day,” he said.

Things were much the same at the other end of town at Crimson Ridge.

“Overall, we’re happy with how things turned out,” said Travis Spiess, Crimson’s director of operations. “Rounds at Crimson were higher than ever before.”

Spiess said there seemed to be more people who took up golf this year or maybe got back into it after putting away the clubs at the back of the garage.

“Personally, I was very busy with golf lessons. We worked with adults and lots of juniors,” said Spiess.

Being outdoors coupled with COVID rules, such as social distancing and no-touch flags, made golf a good option for many people during the pandemic.

Spiess, who is new to the Sault, became aware of the pull some clubs across the river had on local golfers. He said the increased number of rounds at Crimson helped more golfers gain an appreciation for the quality of the course.

“Hopefully that’s momentum for us for coming years. There’s already a lot of interest,” he said.

While the rounds were booked solid for the public and members, Spiess said tournaments were lost. Charity tournaments and corporate events had to be set aside for the season. COVID made it especially difficult to ask the community for donations and sponsorships.

Crimson shut down for golf on Thanksgiving, but along with course maintenance, the club is planning for an active off season.

“We got a brand-new golf simulator in our pro shop,” said Spiess.

He’s hoping that the winter snowshoe trails and fat bike riding grow in popularity at Crimson Ridge, which plans to expand its trail system. He said snowbirds and tourists who traditionally head south to golf may give the club’s winter options a closer look.

Last year, the club set up a skating loop and plans are in the works to have lights at night.

More immediate plans include autumn golf cart tours of the course grounds, coupled with a meal at the restaurant. Details were still being worked out last week.

The success of golf courses adapting to the pandemic isn’t restricted to Sault Ste. Marie. It seems to have been a national trend.

"What an incredibly strange and challenging year," said Golf Canada CEO Laurence Applebaum in a recent Victoria Times Colonist story. "Golf has been a silver lining, a bright light, call it what you may, in giving people a bit of a break from the pandemic."

"We were cautious and we were coming into a situation with so many unknowns," said Applebaum. "Looking back, I'm proud of the way the entire industry came together.”

The story says “record numbers of recreational rounds were registered with Golf Canada through June (1.2 million), July (1.6M), and August (1.5M), as people took advantage of being able to remain physically distant but social.”