Race, class, drugs and a new approach to anti-stigma campaigns

Frank Rupnik takes a solutions journalism approach to covering the issue of drug abuse stereotypes
Jan 27, 2021 11:00 AM By: Frank Rupnik 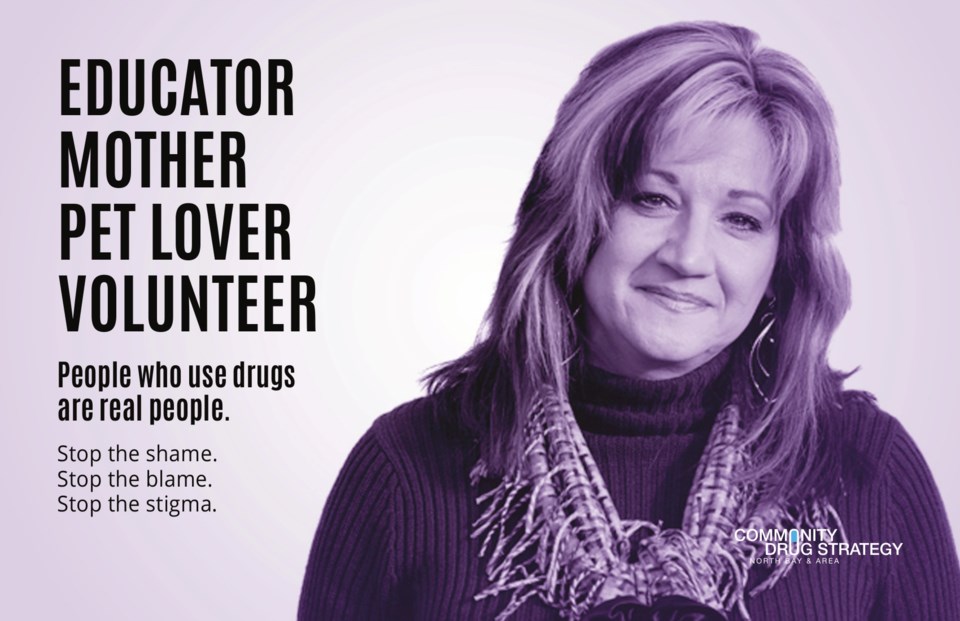 Stigma stands in the way of those on the road to addiction recovery.

It takes the form of negative public attitudes. These attitudes set the stage for a drug user’s self-loathing and a fear of reaching out for help.

The stigma is often found in media and popular culture where descriptions such as junkie, crackhead and doper are common.

“We regularly dehumanize people who use drugs,” said Scott Neufeld.

Neufeld, a PhD candidate in social psychology at Simon Fraser University in B.C. and a new faculty member at Brock University in St. Catharines, has studied the issue of addictions and stigma.

“You don’t have to search very far into the comment section of any article on addiction or the overdose crisis to read terrible comments,” said Neufeld. “There are few social groups that exist in society where people so regularly and callously call for literally death.”

The American Addiction Centres says on its website, “Stigma is rarely based on facts, but rather on assumptions, preconceptions, and generalizations; therefore, its negative impact can be prevented or lessened through education.”

The extent of the problem in Sault Ste. Marie has been well documented.

Most community drug strategies recognize the importance of stigma.

On its website, the Sault Ste. Marie Drug Strategy identifies stigma reduction as a priority.

Last summer, there was talk of creating a permanent memorial for those who have died of drug overdose.

“Many people are shamed and made to feel like there’s something wrong with their character when they have addiction,” said Sault Ste. Marie drug strategy co-ordinator Charles Shamess in an Aug. 2019 Sootoday story about a memorial walk.

“The truth is, probably every family in this community has been touched somehow by an addiction issue, and often it’s not spoken about. Having these kinds of memorial events brings it out into the public and reduces the stigma and discrimination.”

Over the last few years, a growing number of communities have launched more intensive, structured campaigns designed to humanize people who use substances.

The North Bay-Parry Sound District recently completed a two-month public awareness campaign that began in October. It was modelled after a program initiated in British Columbia.

Timiskaming Health Unit has started a campaign similar to North Bay’s and the health unit in Simcoe-Muskoka has also jumped on board.

With the theme of Let’s work together to: Stop the shame. Stop the blame. Stop the stigma (#stopstigmanorth), the North Bay campaign included social media posts, advertising, posters, bus-shelter ads, and advertising on buses.

"If stigma exists people who use substances find it harder to interact with police services and health services,” said Katharine O’Connell of the North Bay Parry Sound District Health Unit.

She said simply going out in the community and into a business can be daunting because of the fear of being looked down on.

"Everyone deserves to be treated with dignity and respect, we're all individuals, we're all people," she said.

Blame is a key pillar of stigma that must be knocked down, said O’Connell.

An article titled, Empathy gap is fuelling the overdose crisis, by Guy Felicella in British Columbia’s North Shore News shed a light on how stigma affects the user.

“I, like others who use drugs, felt the looks from society and recognized the judgment and disgust. I tried to act like I didn’t care, but I internalized that shame. I withdrew, I became more isolated, and I wouldn’t reach out to ask for help,” wrote Felicella earlier this month. “Untreated trauma and undiagnosed ADHD led me at a young age to use drugs and sent me into a cycle of poverty, homelessness, violence, and criminalization,” he added.

This lack of empathy can have a profound impact on policies which would help substance users.

Another aspect of the North Bay campaign was to bring home the message that substance use can affect anyone.

The North Bay-Parry Sound District Health Unit is currently doing a survey to analyse the effectiveness of the local campaign.

Neufeld is conducting a comprehensive, systematic review of existing anti-stigma campaigns across Canada.

“Public awareness campaigns can be a good way of starting conversations, making people think, and hopefully getting people to engage in further education around what substance use disorder really is, how stigma is harming people who use drugs and their loved ones, and how they can take action to not only change their own attitudes around stigma and substance use, but also ideally become advocates for actual policy,” he said.

One of his main interests is looking at who these anti-stigma campaigns represent.

“To me an ideal anti-stigma campaign would get members of the public, health care providers, police, and politicians face to face with personal stories from diverse people directly and negatively impacted by stigma around substance in all its forms. There are a lot of white, middle class stories and faces represented in the anti-stigma campaigns I have reviewed across Canada, and not enough stories of how stigma and the criminalization of illicit drugs in Canada has been used to disproportionately harm marginalized communities,” he said.

When Neufeld was doing focus group research in Vancouver’s Downtown Eastside, he talked to people who would historically be stereotyped as drug users. This group includes indigenous people, low-income people and long-term users.

He showed them images from the B.C. anti-stigma campaign.

Neufeld said the common response was that these campaigns were not meant for them.

Neufeld said there is very little acknowledgement of the history of stigma around substance use.

He said Canada's early drug laws around opium were constructed in tandem with negative stereotypes and imagery of people of Chinese descent smoking opium even as people of European descent were using all kinds of opioids at the time in the form of over-the-counter medicines.

Early alcohol prohibition was used to control and police Indigenous communities, cocaine and crack laws disproportionately harmed poor African American communities in the US and early marijuana laws stirred anti-immigrant sentiments directed toward people coming into the US from Mexico, said Neufeld.

“As I learned more about the history of drug policy, I became more interested in how racism and classism intersect with stigma around substance use and developed my PhD project to look at how anti-stigma campaigns in Canada might be widening rather than closing the racial and class-based divides in the experience of substance use related stigma,” said Neufeld.

“Stigma is political, and has been used by people with power to control and punish individuals and communities that deviate from the mainstream since forever. That is literally where the term "stigma" comes from. But we tend to psychologize it now and suggest it means something like "negative attitudes" when I see that older definition as being more apt,” he added.

He said change needs to happen at the institutional and structural level.

Changing individual attitudes is important, but Neufeld said that unless it ultimately changes drug policy in ways that make life less harmful and painful for people using drugs, our intentions are misplaced.