New local businesses maneuver challenges in the face of COVID-19

Startups aren't without challenges in normal times, and small businesses are now confronted with many new obstacles in the face of COVID-19
0
May 5, 2020 9:11 AM By: Frank Rupnik 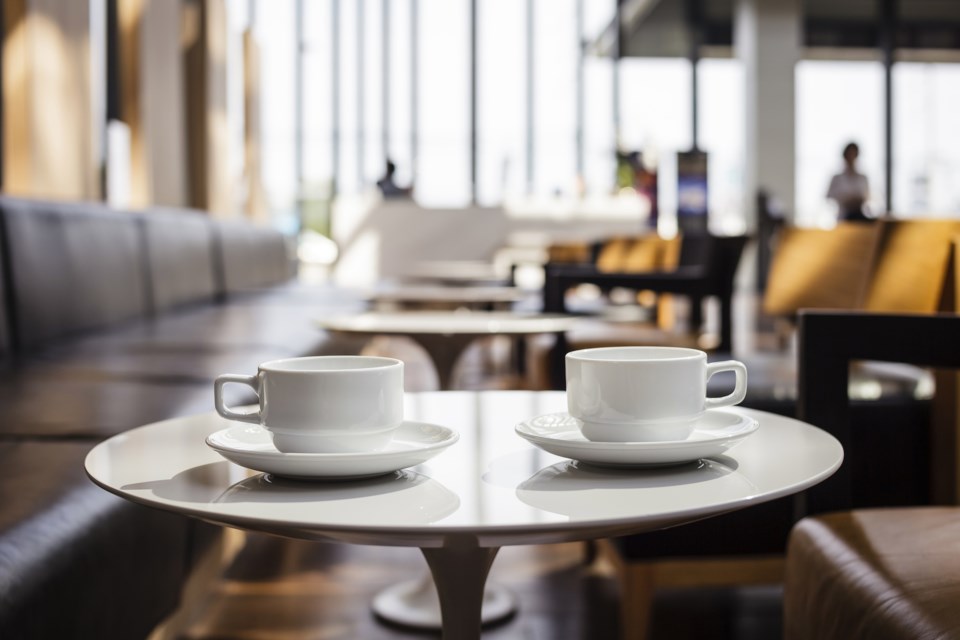 Throw in a pandemic, and the hill new entrepreneurs must climb becomes a steep cliff.

When Sarah Huckson opened Scott Coffee Co. in 2018 she was fulfilling a dream that was brewing in her imagination for 10 years. Her concept won the Business Pitch Competition held by the Sault Economic Development Corporation. It gave Scott Coffee Co. a great starting boost.

Since then, her cozy coffee and food business, located in the mall which is also home to Value Village, Metro and Golden Dragon Restaurant, built a loyal following.

But, as with most small businesses, the startup wasn’t without challenges.

“We’ve had a few curveballs since we opened up less than two years ago,” said Huckson.

Curveballs are one thing, but COVID-19 was like a high, hard fastball heading straight for the head.

“When it (COVID-19) first started, I would say it felt like the final nail in the coffin,” she said. “We managed to climb out of the doom-phase scenario and work our way toward … ‘OK how can we survive?’”

Jill White, who owns and operates Home Bakehouse Bed and Breakfast with her husband, said survival is made possible by a supportive community.

“I think people really feel they are making a difference with their purchases. They feel good about that,” she said.

Her business, which opened in December, sells bread and baked goods and it’s also a bed and breakfast. The baking part of the business can still move along during these times, but the bed and breakfast has ceased for now.

Bakehouse Bed and Breakfast has a special bond with the film industry which has been shooting in the Sault with more frequency in recent years. That industry is also in limbo.

“It’s a big drop for us,” said White. “But when it came to transferring over to curbside and takeout, it wasn’t a huge change in the way we do things. We were only set up for takeout prior to this.”

She takes heart in the sense of community created with other local businesses. For example, Breakfast Pig uses bread baked by Jill’s husband and Shabby Motley uses the baked goodies.

Her business located on March Street never shut down completely during the pandemic. It went from seven days a week, down to three and now it’s back up to four.

“Being flexible and adaptable is surely the only way we are going to survive. We’ve been planning this business for over five years,” said White.

To have the whole business model wiped out in a week and to revamp the plans was a challenge. “I’m actually quite happy with the way we were able to do that,” she said.

Luc Forest’s plans for Cornucopia, which specializes in gourmet popcorn, were also thrown for a loop. COVID-19 scuttled the opening of a storefront location scheduled for mid-April.

One of the main problems Forest faces these days is getting the product he needs in time.

He prides himself on freshness and consistency, but “the supply chain is just broken,” he said.

He’s hoping to start up again soon at his spot in the Mill Market, but the storefront will have to wait. That should be no problem. Cornucopia is a home-based business that relies on social media to get the word out for people to order popcorn. In fact, he’s currently in the process of taking Mother’s Day orders.

Forest remains confident. “We’ll be back, no matter what. We want to make sure we do it at the right time.”

These are times when great ideas, knowledge and hard work aren’t always enough. There are often bigger issues to deal with.

“My wife and son both have asthma so I have to err on the side of caution,” said Paul McDonald, owner of Queen East’s Coffee and Clothes, which combined gourmet coffee and unique fashions.

The business has been closed for two months and won’t re-open.

He says the government is doing the best it can, but his particular situation didn't allow him the opportunity to qualify for any support programs.

With a business just getting off the ground, they had no real income to show. He also owns the building, so he is not a tenant and rent relief doesn't help.

McDonald is a newcomer to the city and he loves Sault Ste. Marie.

"I want to keep the Sault as my home base," said McDonald, who used to run call centres.

If he can't find something, he'll have to move on."

"We gave it a good shot. Who can predict something like this," he said, adding this event doesn't make the Top 10 challenges he faced in life.

"I'm more concerned about people not getting sick and dying. I can always get a job, which is what I'm going to have to do," said McDonald.

Small businesses develop strong connections to customers. The personal touch is a strength big chains have a harder time replicating.

"We miss seeing all our customers," said Huckson, of Scott Coffee Co.

Recently, she has started doing popup openings, when her schedule at OLG allows. She hopes it will be a weekly event.

"It's not the most lucrative way to go around things, it's more about maintaining relevance," she said.

“You want to be positive, but you want to be pragmatic. I’ve got a plan A, B, C, D and E. We’ll just have to wait and see which one we move forward with,” she said.

Huckson said when the frivolity of a sandwich and coffee and the luxury of dining in at a restaurant is weighed against health risk factors, “we’ll probably be some of the last places to open up.”

The day that full opening happens promises to be fun.

“When people are safe, when things are ready to open back up, we’re going to have a big party. That’s for sure,” said Huckson.

Businesses across the river feel financial sting without Canadian shoppers, mayor says
May 21, 2020 11:30 AM

Ill children and their families under extra pressure in the face of coronavirus
Apr 24, 2020 1:00 PM
Comments
We welcome your feedback and encourage you to share your thoughts. We ask that you be respectful of others and their points of view, refrain from personal attacks and stay on topic. To learn about our commenting policies and how we moderate, please read our Community Guidelines.