Especially hard hit has been the industry catering to brides and grooms, many of whom have postponed their weddings due to COVID-19
0
May 12, 2020 9:49 AM By: Frank Rupnik 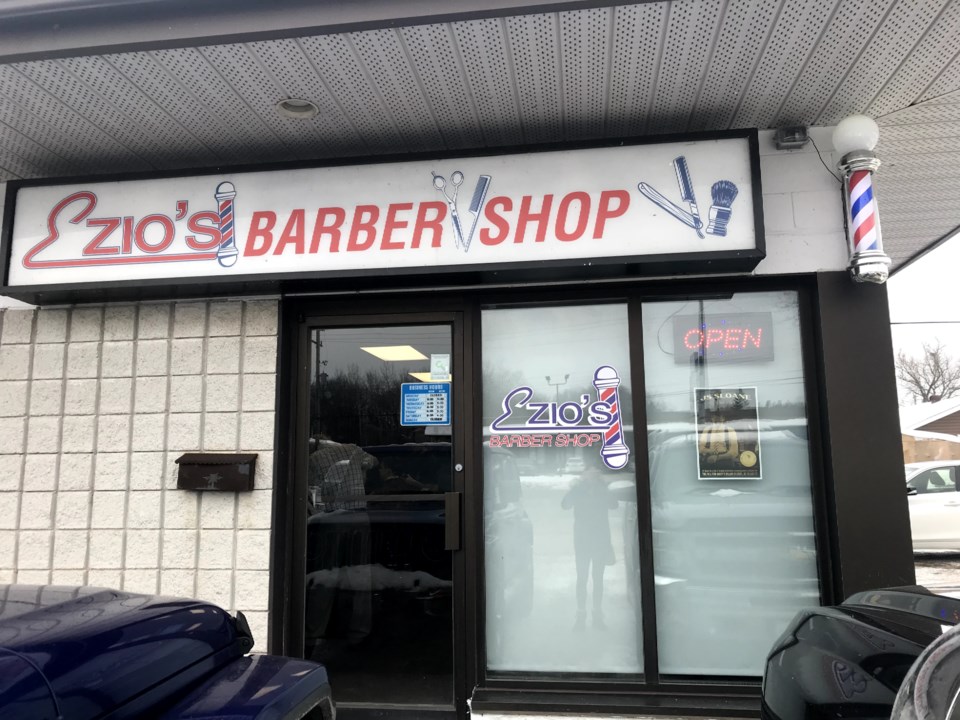 With the easing of restrictions on garden centres, local yards can start looking their best for the season; but what about people in desperate need of a haircut or some other type of tender-loving care during the COVID-19 pandemic?

Salons, barbers and similar, close-contact businesses are in a tough holding pattern while waiting for news from the provincial government.

Barber Ezio Metallo dealt with his share of challenges over the last two years.

He set up a new shop on March 22 of last year after a fire destroyed his previous downtown operation. On March 16, almost a year to the date of his new Great Northern Road opening, Metallo closed his doors because of COVID-19.

Like most other small businessmen, Metallo is glued to news reports and stays in contact with Algoma Public Health to remain on top of the situation. He’s ordered masks, face shields and gloves for when he opens again, though he’s been told good handwashing is likely preferable to wearing gloves. He said customers will have to make appointments so there will be no lineup in the shop.

As tough as the fire was, this current situation has its own set of difficulties. Maybe more.

“The community was very good with me,” he said, when describing business after the fire. “I spent a lot of money to rebuild, but I knew as soon as I reopened things would go better.”

The uncertainty of the current situation is what Metallo finds challenging. “You don’t know what’s going to happen. Is there going to be another wave and then we have to shut down again?”

He’s hopeful business will take off once the situation passes, but said the virus may initially spook some people from venturing out for a cut. “I can’t blame them,” he said.

Katie Mohamed, owner of Dermal Enhancements, a permanent makeup and cosmetic tattoo studio, said there are three types of people.

There are those who will hold off until they feel really safe.

There are those who don’t have the disposable income to spend on a luxury.

And then there are people who can’t wait. “Those who have been cooped up for so long that they want to do something for themselves with summer coming. They want to feel pretty,” said Mohamed.

Mohamed works from home which she sees as an advantage.

“I have a lot more control for sanitizing my environment,” she said, adding that her business was always inspected and emphasized cleanliness even before the pandemic. The government will likely insist on additional safety guidelines and Mohamed is OK with that.

“I feel good following what the Ontario medical people are advising the government,” she said.

She’s preparing for an eventual re-opening. Perez stays in touch with clients through social media and gives them some tips on how they can look their best during lockdowns.

“If you don’t feel good because you don’t look good, it can be almost depressing,” said Perez.

Some reports from the U.S. show salons opening up, but Perez isn’t envious.

“I’m more on the side of let’s keep people healthy so it doesn’t come back and bite us in the rear-end twice as bad …I’d like to get back to work, but the talk is not until July and if that what it is, that’s what it is.”

Tressa Van Midde, owner of The Fox Den hair salon, located at the Healing Arts Centre on Bruce Street, also emphasizes being patient. “I think it’s too soon,” she said of salons in the U.S. that have already opened. “We should err more on the side of caution.”

Van Midde has been doing hair for more than 25 years. She works alone in a clean, cozy salon and has a loyal clientele.

“I feel good that when I do get back to work I will get really busy again, she said.

For now, she has been offering clients some advice for self-care.

“A few have attempted to do their own hair and there are others who let whatever happens, happen. Whenever we get back to work we are going to have a lot of jobs to fix,” she said.

Van Midde sees a silver lining in this situation.

“I think in a strange way this will bring us closer. I miss (my clients) I can’t wait to see what’s been going on.

Weddings are among the events in life where looking good is important.

During the shutdown, she has built up the on-line part of her store which focuses on the boutique items. She said during this time businesses had to “find other ways to do business and maintain contact with people.”

“That’s been a great thing we’ve done, but buying new dresses, who knows when that’s going to come back,” said Carchidi.

Some stores have experimented with virtual wedding dress appointments, but Carchidi says seeing it on a model falls short of the special wedding experience which includes trying items on, the touch and the feel.

“It (virtual appointments) doesn’t value the service we provide to brides when they come into the store. I want to make sure I provide the experience and service that people expect.”

Carchidi estimates that about 15 to 20 April to June weddings have been postponed.

“I feel bad for the brides that have had to postpone,” she said. “I have to make adjustments and try what I can do to help fix the situation,” she said.

Businesses across the river feel financial sting without Canadian shoppers, mayor says
May 21, 2020 11:30 AM

Ill children and their families under extra pressure in the face of coronavirus
Apr 24, 2020 1:00 PM
Comments
We welcome your feedback and encourage you to share your thoughts. We ask that you be respectful of others and their points of view, refrain from personal attacks and stay on topic. To learn about our commenting policies and how we moderate, please read our Community Guidelines.