In this Following Up feature, SooToday checks in with Ralph Petingalo, a local man whose coworkers rallied to raise funds to help with his treatments
Apr 1, 2020 11:30 AM By: Frank Rupnik 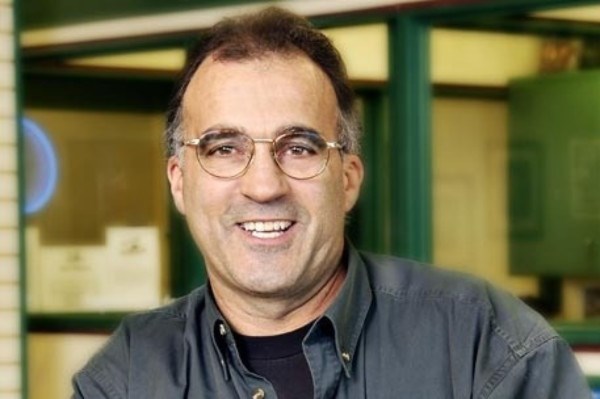 Ralph Petingalo soldiers on in his relentless battle.

The 61-year-old was diagnosed with cancer, which also affected two of his sons, about a year ago.

Petingalo has multiple myeloma, a blood cancer which attacks the bone marrow.

When first interviewed by SooToday for an April 22, 2019 story, he said there is no cure, but the disease is treatable.

He’s been getting treatments with regular visits to the hospital in the past year.

“We’ll see where everything goes. I’m now on a maintenance drug,” he said.

Petingalo’s illness is painful. He takes medicine designed to strengthen his back and bones. He was also put in a collar.

“The cancer ate my vertebrae. I got what they call a hang man’s fracture. It’s like a broken neck.”

Through all this he’s been keeping a positive outlook.

A year ago, he was in a wheelchair, but now Petingalo is “walking and hobbling along using a walker or a cane.”

“I’ve been staying busy. The doctor says stay busy and keep your mind going,” said Petingalo. “I’m finding stuff to do around the house. I’m going through all my tools.”

Of course, these days the coronavirus looms over everything health related and with his compromised immune system, Petingalo must be extra careful.

He does go to the hospital once a month, but calls in advance in case there is a cancellation.

“I take chemo here at home,” he said.

He still holds out hope that he can participate in his passion of camping. Usually, it’s the second week in May that he gets out his trailers. “I don’t know if I can get there right away this year,” said the former technician at Christie’s RV.

“I met another man who has the exact same thing as I do,” he said.

Petingalo also attends a support group once a month, which he said is a big help.

“You know you’re not the only one out there with the problem,” he said.

As someone whose family has been touched deeply by cancer, Petingalo and his wife spent countless hours raising money and support to fight the disease.

He told SooToday that they have been involved in Relay-For-Life teams for 17 years and have raised approximately $130,000 in various ways during that time.

Petingalo said it was very hard at first when he got the diagnosis, but he’s had a lot of support to get through everything so far.

It’s the kind of support he willingly gave to so many others over the years.