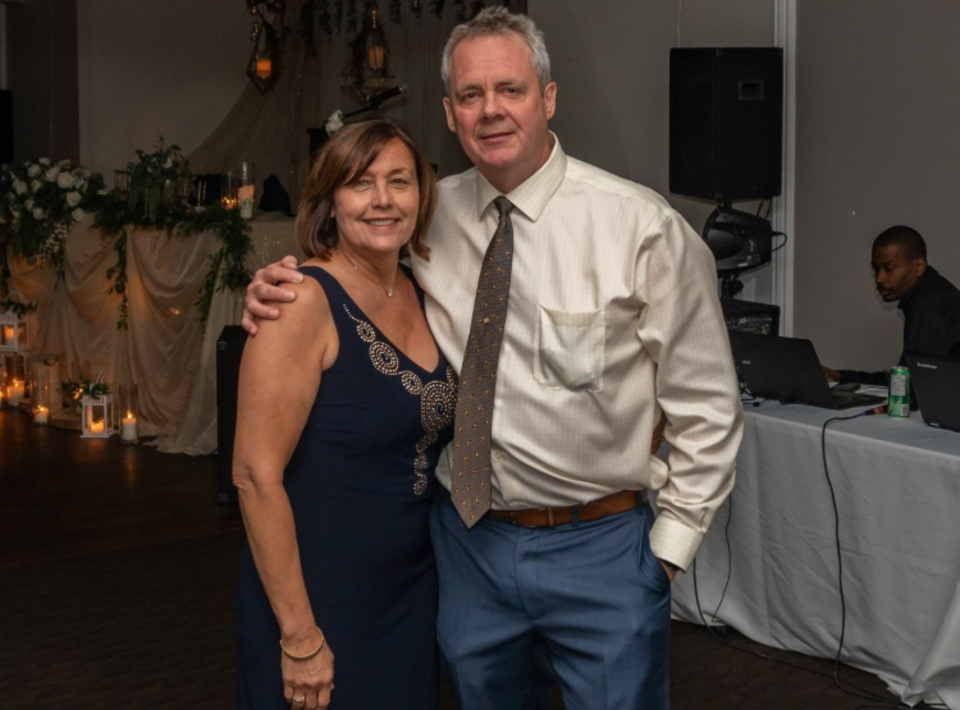 Bob Davies and his wife, Mary-Beth are pictured in this supplied photo

Former Chief of Police Bob Davies is loving life since retiring in 2014.

“I am absolutely loving retirement,” he said. “The free time, and the time with my family. Really loving it.”

Davies worked for the Sault Ste. Marie Police Service for close to 38 years. He was hired in 1976, and was eventually appointed Chief of Police in 1996.

During his career, he concentrated on helping victims of crimes and the disadvantaged, by being a part of the Sexual Assault Care Centre Advisory Committee, Family Services Centre Board of Directors, Sexual Abuse Steering Committee, the Gord Saunders House Neighbourhood Liaison Committee, United Way, the Ken Brown Board of Directors, and the Safe Communities Partnership.

Since retiring, he has been able to focus his time and energy on other hobbies that he enjoys.

“I’m spending a lot of time doing photography. That keeps me going,” Davies told SooToday. “I do photography for varsity programs at Algoma University, Sault College as well as the Soo Thunderbird hockey team, and various other opportunities have come up.”

“I’m definitely enjoying it, it’s kind of been my hobby while I was working and once I retired I moved forward with it and took it up full time,” he said.

Davies is especially happy with the extra time he now has to spend with his growing family.

“I’ve got four children and they all live out of town, so I get to do a bit of travelling and see the kids. I have one (grandkid) and one on the way, we’ll have another baby in May of this year,” Davies said excitedly.

When asked if he misses his old job at all, Davies said that he was ready for a change, but there are some aspects he wishes he could relive.

“38 years is a long time, and I looked forward to a change in scenery and environment,” he said. “But I often reflect back and think about work and the people that I worked with, I miss some of the people more than anything. I enjoyed the interactions with my staff and also the community members.”

Davies says he’s happy to still see a lot of people when he’s out and about that are now friends as opposed to professional acquaintances.

Legacy of last year's robotics success lives on, says program coordinator
Jan 24, 2020 12:45 PM
Comments
We welcome your feedback and encourage you to share your thoughts on this story. We ask that you be respectful of others and their points of view, refrain from personal attacks and stay on topic. To learn about our commenting policies and how we moderate, please read our Community Guidelines.