After publishing award-winning poetry book 'Vincelles' in February, the writer now has four books in his collection
Nov 27, 2020 4:00 PM By: Zaafina Naqvi 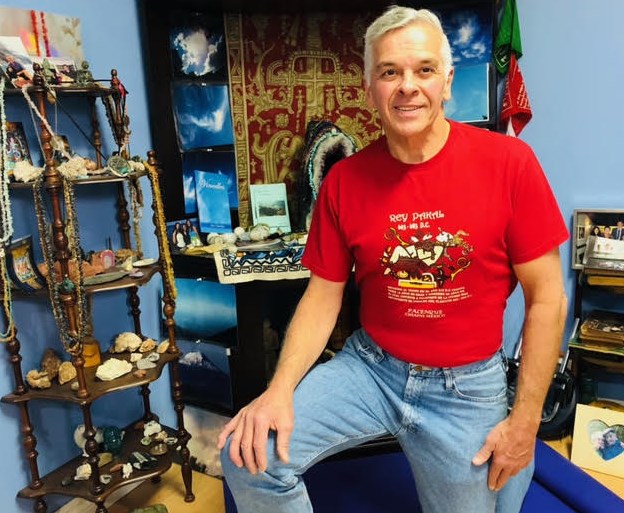 Local author Alex Chornyj has achieved something this year that he thought wouldn’t be possible ‘in his wildest dreams’.

The 59-year-old Sault native published his first book in early February, and has managed to publish three more books since then.

He says he never thought he would have this many published in such a short amount of time. “I’ve had a lot of people through the years that have really supported me but I always felt that I’d be lucky to even get one book out there,” he said.

His first book, Vincelles, is a collection of poems and was named after a little town in France where his four-times-great grandfather was from.

“Throughout his life, he was a benefactor to that town,” Chornyj said. “I called the mayor back in January and told him that I wanted to dedicate my book to their town and give them a copy. They were so impressed that they told me about a coat of arms that sits in their courthouse. It sits on the wall and in the bottom left-hand corner there’s a feather, and that feather represents what my great grandfather, Edme Germain Villetard deVincelles, did over his lifetime for them. I wrote a poem about Vincelles for my second book and they took that poem and translated it into French. They’ve now put that on the wall in their courthouse right beside their coat of arms.”

His second book, The Chosen One, is a children’s adventure book about a boy who discovers he has special gifts, and Little Angels is another collection of poems that touch on the deeper imaginations and emotions of human beings.

“I hope readers can attain a more profound sense of their connection to the earth and the universe by having read the poetic verses in this binding of thoughts,” Chornyj said in an interview with Literary Titan.

Vincelles earned a gold book award in September from Literary Titan, a book review organization located in California. Chornyj’s The Chosen One and Little Angels both earned silver book awards. His fourth book, First Light, hasn't been sent in for review yet.

As for what’s next, Chornyj has big plans for the upcoming year.

His publisher is nominating Vincelles for the Griffen Poetry Award, a Canadian national award.

“Just being considered is an honour. I’m looking forward to seeing what destiny has in store for that,” he said.

Chornyj says that he is able to do his best writing while he’s at work, whenever he has a quiet moment to himself.

“It’s not me forcing anything, I wait for a thought to come into my head and from one line there comes 40 lines after that,” he said.

“I didn’t expect it to come this far this quickly. It just gives me a lot more inspiration to keep on the path I’m on,” he said. “A lot of the writing in my latest book, First Light, is about the pandemic and how to help people heal from this. This has been the biggest challenge in our lifetime and hopefully, it will be the biggest challenge in any lifetime going forward.”

Chornyj’s books are available on Amazon.ca, Amazon.com, Indigo.ca, and Barnes&Noble.com.