In a vote held on Sunday, the Northern Football Conference teams decided to cancel the 2020 football season
Apr 19, 2020 11:58 PM By: Brad Coccimiglio 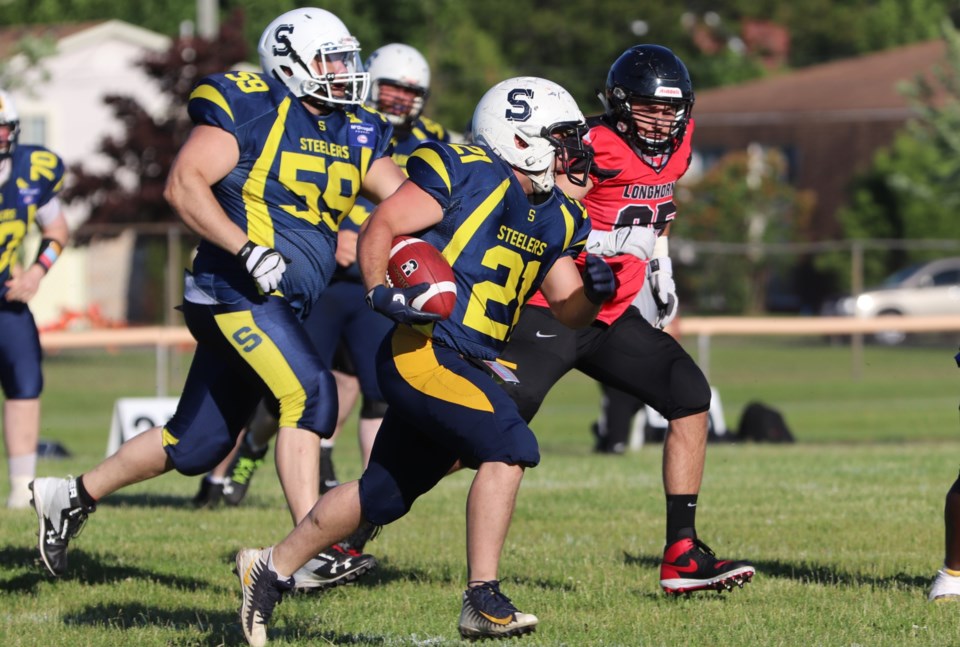 Scheduled to open the Northern Football Conference regular season on May 30, the Sault Steelers have now shifted focus to the 2021 NFC season.

In a vote held on Sunday night involving the NFC’s 10 teams, the decision came to cancel the season.

“Without a doubt,” said Steelers general manager and vice-president Jonathon Bujold. “There are a lot of financial repercussions that come with trying to force a season when our community is suffering economically. We have a lot of shift work employees on our team and because of that, we have low players fees, a lot lower than other teams. Because of our travel expenses and the expenses that come with running a team, we depend a lot more on sponsorship and gate revenue.”

The league issued a statement Sunday night on Facebook announcing the decision.

"Tonight the NFC executive and representatives from each of the 10 member clubs met on a conference call to discuss the 2020 season," the statement said.

"As a result of those discussions and after each club reported the status of their organization it was decided with heavy hearts to cancel the 2020 season."

With the possibility of a shortened season also on the table, the uncertainty meant cancelling the season likely made the most sense.

“There’s a lot of uncertainty across the board because we’re dealing with three different levels of government in each community,” Bujold said. “We have no idea what fields would be available. We have no idea what travel would be allowed and permittable. We don’t know when these limitations are going to be lifted.”

The Sudbury Spartans and Tri-City Outlaws had announced prior to the meeting that both teams intended to sit out the 2020 season regardless of the league decision on Sunday night.

For the Steelers, the focus will shift to the 2021 season in a number of ways.

The team held a conference call with the staff and team captains on Thursday of last week to discuss the situation.

“We all made an agreement then that we were in support of the season being cancelled but we also agreed that if and when the government allows things to return to normal this year, we’re going to spend the time we would normally be dedicating to playing football to fundraising, helping our community and to volunteering for organizations that might have been hit hard by this,” Bujold said. “We want to make sure that the time we have available, we’re putting to good use to help our community get back on its feet.”

Bujold added the Steelers have been in discussions with the Sabercats program about graduating players.

“I’ve been in communication with the Sabercats coaches and we have a list of graduating Sabercats. This might have been their last year of football,” Bujold said. “We’re going to reach out to them and let them know that when football returns, they’re still going to have an option to play if they’re not going to play post-secondary football. We’ll still be recruiting. We’re still going to spend time doing all of the same stuff we would have been doing had there been football. Now it’s just way more focused and directed at 2021.”