Man caring for elderly Sault, Ont. parents caught up in COVID test confusion at the border

Sault, Michigan man anxious to visit, care for mother and father but has struggled to find answers about how he can get the right paperwork since a Feb. 12 rule change
Feb 22, 2021 6:00 PM By: Darren Taylor 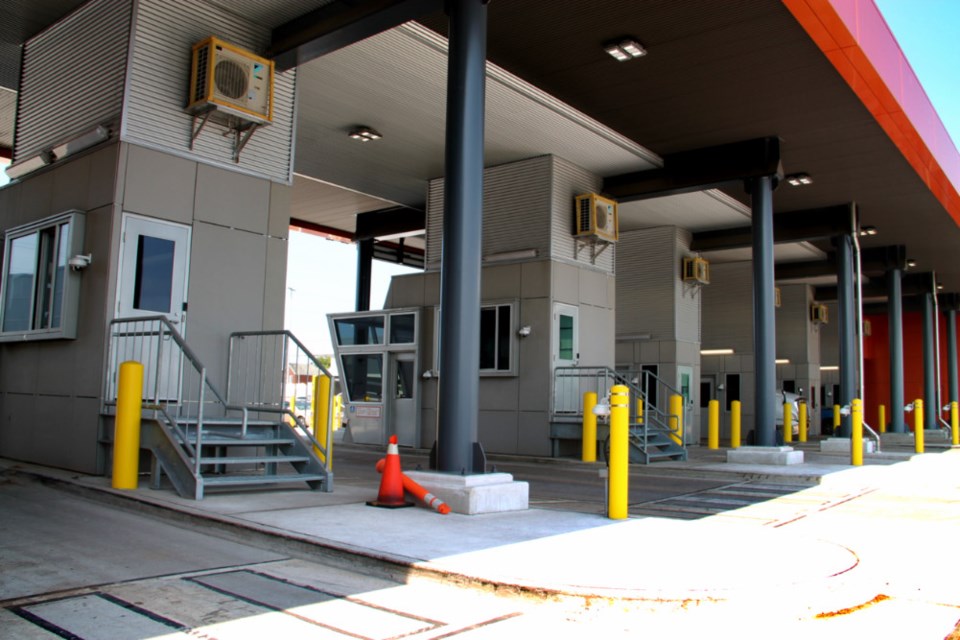 The Canada-U.S. border has been closed to non-essential travel due to COVID-19 restrictions since last March, but Aubrey Trudeau, a Sault, Ontario native working in Sault, Mich. had been crossing to look after his elderly parents since the first lockdown ended last summer.

That all changed on Feb. 16 when Trudeau, who works in the U.S. under a Green Card, was kept from entering Sault, Ont. by Canada Border Services Agency (CBSA) officials as a result of new federal government rules that came into effect Friday, Feb. 12, requiring all those who enter Canada by air or land to show proof of being COVID-negative.

“I got to the border and one of the guys I recognize from crossing said some things have changed,” Trudeau said, speaking to SooToday.

Trudeau said he was surprised, disappointed and upset to be greeted and turned back by CBSA officers and two Public Health Agency of Canada (PHAC) nurses at the entry point here in Sault, Ontario, informed by the nurses he would continue to be denied entry without proof of a molecular COVID-19 test with a negative result.

“While I was sitting there, seven different transports came through from Indiana, Ohio, Illinois...I said ‘wait a second, they’re telling me I can’t come into Canada, I’m not allowed to take my parents to the doctors, for groceries, for prescriptions, but they just sent transports through?’”

Fortunately, Trudeau speaks to his parents by phone daily and told us he has a friend who can check in on his parents, but he finds the situation stressful.

“I am very stressed out. I am emotionally a wreck right now. I’m all my parents have. They don’t have anybody else, so I have to sit over here and wonder ‘are they taking their prescriptions, do they need groceries today?’” he told SooToday.

Adding to his frustration is the fact even federal government officials seemed to be in the dark as to any Canadians who may be exempt from providing proof of being COVID-negative and allowed to enter Canada.

Details of the new rules (though it was announced in January changes were coming, with details to be finalized) were suddenly handed down by the feds on a Friday afternoon for federal government employees to quickly digest.

“They (border services officers) could not tell me what I needed to cross. They had no idea,” Trudeau said.

SooToday spent the last week seeking to find out what exemptions are available under the new crossing rules and were eventually referred to a CBSA contact by MP Terry Sheehan's office.

“There are many, many stories like that,” said Patrick DesChene, Sault, Ontario-based CBSA superintendent, speaking to SooToday Monday.

“(Canadian citizens) cannot be denied entry. The issue becomes are you subject to quarantine or not? To have an exemption from quarantine you need to make an application to the Public Health Agency of Canada.”

“There’s a link for compassionate grounds. You get that letter and they basically exempt you for these kinds of situations where you have to take care of elderly parents, funerals, where you’re exempt from quarantine, however, it does not exempt you from still providing a negative COVID test (from U.S. medical authorities located at sites such as War Memorial Hospital) when you arrive at the border,” DesChene said.

Such individuals must receive a test, and if proven to be negative, that result is good for presentation at the CBSA station in Sault, Ontario for 72 hours, DesChene said.

That process applies to every time a person crosses from the U.S. to Sault, Ontario (and all other land crossings).

“Even if you’re vaccinated, you’re not exempt,” DesChene said.

Only truckers, medical staff such as nurses and students (such as Sault, Ontario residents enrolled at Lake Superior State University who cross often or daily to attend classes) and politicians/diplomats are exempt, DesChene said.

It is hoped, authorities state, individuals crossing the border for important reasons would take care of their essential business only, with no diversions such as browsing through malls on shopping trips.

In the case of Canadian Lake State students, DesChene said “in between classes you’re supposed to practice isolation but for border purposes we’re allowing you to cross. The message is ‘when you get home you should stay home and isolate,’ but it’s not an enforced quarantine. It’s a recommendation that you should stay at home and practice self isolation.”

Travelers can also make inquiries at Public Health Canada by telephone at 1-833-784-4397 or through another e-mail link.

A downloadable form which can be filled out by a Canadian doctor would give a person added clout at the border.

"Being exempt from quarantine does not mean a traveller is exempt from the pre-arrival testing requirement. Alternative testing protocols for certain quarantine exempted travellers are being considered. Further details will be announced soon," wrote Jacqueline Callin, CBSA media spokesperson in an email.