Local snowbirds ponder: Should they stay or go? 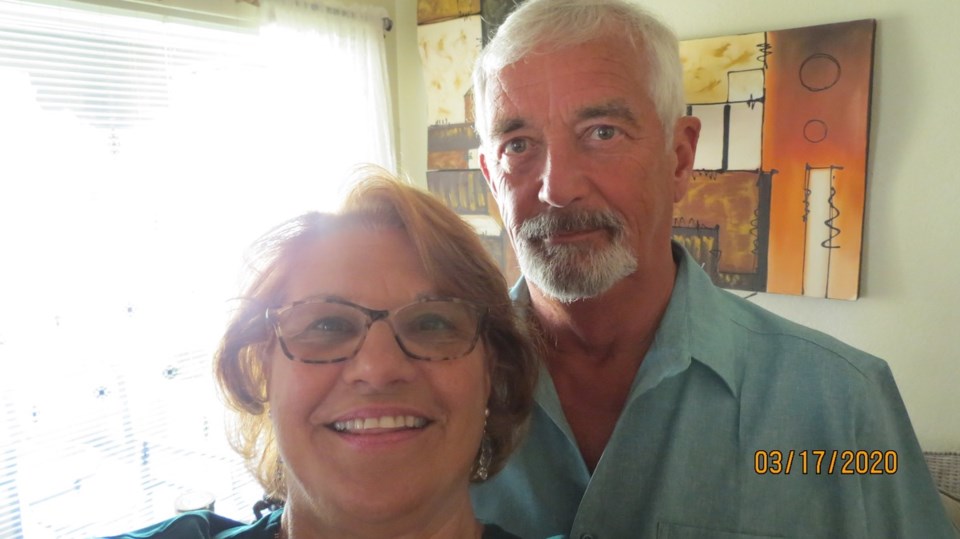 Rick and Angie Green have not yet decided when they are ready to take a leap of faith leaving the safety of their winter home and return to St. Joseph Island.

They struggle with rumours, fear, and the uncertainty of what lies ahead while at the same time gather as much factual information as they can. The Jocelyn Township couple left on Nov. 23, 2019 for the sunny south, escaping the northern Ontario winter.

The snowbirds never expected to have to leave their condo in Peoria, Arizona one month early due to COVID-19, a rapidly spreading coronavirus. The Greens have monitored both American and Canadian news sources every morning for the latest developments, any up-to-date changes or alerts.

In an interview via Facebook, Angie said there is a lot of stubbornness and uncertainty about getting infected around gas stations, take out restaurants and motels on their drive home.

“Call it feeling safe where we’ve been for the last four months,” Angie said. “Most of the snowbirds, both American and Canadian (less than 100 Canadians) are mass exiting this week.”

With no active sporting events on television to keep the men occupied, they watch sports reruns, Angie said.

“You have to laugh or you cry. Nerves are shot,” she said. “You wake up in the morning with an upset stomach, so obviously you thought in the night.”

They have repeatedly emailed their travel insurance company to ensure that they still have coverage.

“And then there’s Facebook which has its share of scary stories, some true some not,” she said. “Yes, some insurance companies did recall their people. Thankfully at this very moment, Blue Cross has us on coverage. I’ve written to my agent twice every week to confirm and she’s getting tired of me asking to.”

There is a concern Rick may run short of his medication if something drastic happens at the border.

Some say the border is closing, and they will not be able to cross, Angie writes, but every news announcement said Canadians can always drive home.

Angie packs and cleans daily, ready for the day Rick says they can go home – pack the wipes, bring the food, gas up with gloves and toss them out, bring wipes into the hotel and wipe down as you go.

The Greens have received a lot of pressure from family and friends.

“We would be safer to stay here rather than travelling, but what if we have a stroke or heart attack, which worry we could possible do,” Angie said. “If we could at least get into a care facility, would they take care of us being Canadian? Who knows.”

Their daughter, son-in-law and grandchildren are in full house quarantine in California. Nerves were frazzled after day one. They have adopted one night board games, one night puzzles, one reading, one movies and so on. They are all working from home and virtual school.

“Yes, it’s scary when someone comes into your space and you want to scream at them,” Angie said, adding she was chatting with a neighbour on the deck and she sneezed. “I’m worried yet again. Will I get the symptoms?”

Angie said Rick is annoyed with her over-sanitizing and she is annoyed at his lack of sanitizing, adding a “Hee-hee.”

At this point Angie just wants to get back onto Canadian soil.

“We can self-quarantine very easily on the Island,” She said. “I’m a proud Italian and I miss the hugs from both family and friends.”