Garden River's Naomi Sayers is out to powerslam the province's 'arbitrary, discriminatory and unfair' closure of strip clubs
Nov 25, 2020 9:30 AM By: David Helwig 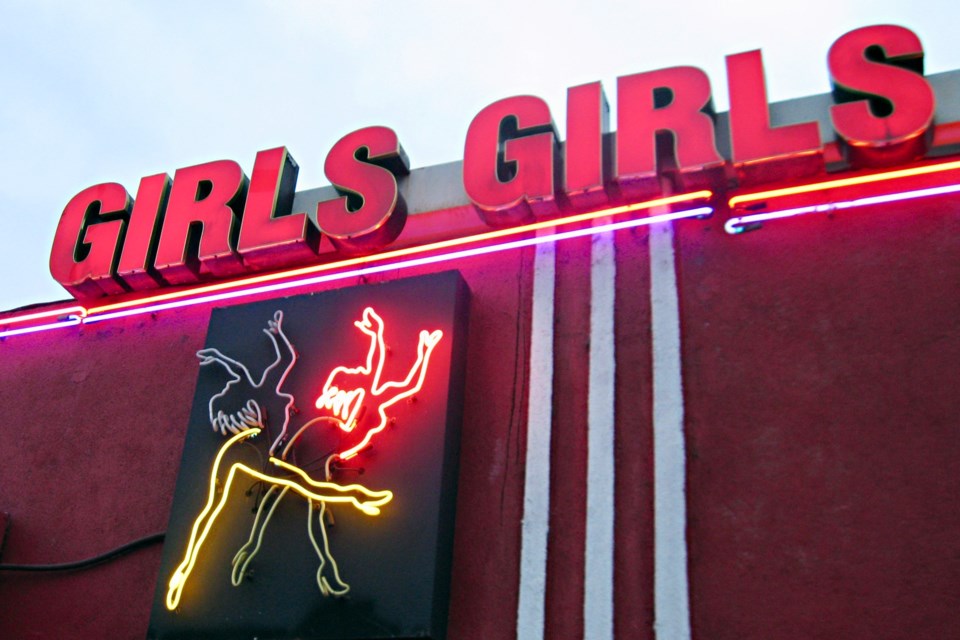 Stock image. Detail of image by Rick Hall. This file is licensed under the Creative Commons Attribution 2.0 Generic license

What do strippers do when the Ontario government shuts down their clubs, ostensibly to prevent further spread of COVID-19?

If you're Jennifer, a Toronto-based peeler with 15 years experience across Ontario, you stop sewing costumes for fellow dancers and instead apply your sewing skills to making face masks.

You go back to school for academic upgrading.

You take care of some aging family members.

You attend movie-night teleconferences with current and past exotic dancers, cheering and heckling portrayals of your art in films like last year's Hustlers (a favourite) and 1994's Showgirls (not so much a favourite).

And, you help organize a court challenge intended to powerslam the province's "arbitrary, discriminatory and unfair" closure of all strip clubs in late September.

"The government has regulated against our bodily and financial autonomy," says Jennifer, who asked that her full name be withheld from this article because of the possibility of retribution from present or future employers.

The fight to re-open Ontario's strip bars is being led by an indigenous lawyer from Garden River, Naomi Sayers.

Sayers makes no secret that she worked as a stripper herself in her early 20s.

"When I was younger, I used to dance… strip," she blogged three years ago.

"I started in my hometown of Sault Ste Marie, Ontario. I told my family. In fact, I called them up first to tell them. I had people come up to me to tell me that they heard from their grandmother. 'Well, I didn’t see your grandma at work,' I would tell them, and then, I would laugh it off."

“Lived experience may help me be a better lawyer," Sayers tells SooToday.

"But as a result of being ‘out’ about my sex work experiences, I experience targeted harassment and stalking."

"This includes sexualized harassment when people save my images and email them back to me with lewd remarks. Being a sex worker isn't an open call for harassment and discrimination."

So Sayers is asking the province that all the sex workers preparing affidavits for her COVID-19 court application be allowed to sign with only their initials, not their full names.

"Without this order, my clients will face targeted harassment and discrimination for no reason but for the fact they are strippers,” she says.

So far, the province has shown no sign of willingness to go along with that.

Sayers is acting on behalf of Work Safe Twerk Safe (WSTS), a Toronto-based by-and-for strippers group that has members across the province.

Much of her work on the legal action is being done voluntarily and without payment, with limited support from a GoFundMe campaign to cover court-related costs.

Another Sault lawyer, Christopher Folz, is co-counsel on the case.

"On Sept. 26, 2020 the government of Ontario closed down strip clubs without warning or consulting strippers," the GoFundMe page says.

"At the same time, other similar businesses such as bars continued to be allowed to operate."

"Strippers are not demanding we be given exceptional treatment in the context of the COVID-19 pandemic – we only want to be treated fairly."

"This means being consulted about the implementation of prevention and other occupational health and safety measures at our workplaces, rather than government officials assuming we are vectors of disease that pose particular risk to public health."

"Like other workers, strippers do not want to get or transmit COVID-19; we only want the chance to make money under reasonable safety conditions like other in-person service workers."

Work Safe Twerk Safe says no relief has been provided to strippers since their clubs were shuttered.

"This application is not about disputing or challenging any government's decision to close businesses due to COVID-19," Sayers says in her notice of application for judicial review.

"While the provincial government is helping out other workers/employers during a global pandemic, it shut strippers completely out of the conversation with no recourse or say, when the regulation came into force," the WSTS GoFundMe page states.

"This unilateral and arbitrary decision.... may force some into other different types of sex work they may not feel comfortable or safe providing, in the absence of the supports and safety network that working in a strip club provides."

"Further, this decision will grossly disproportionately impact racialized and Indigenous strippers who are already negatively impacted by intersecting marginalizing factors."

WSTS will argue that dancing is a form of expression protected by the Canadian Charter of Rights and Freedoms.

It will accuse the province of acting for partisan purposes without legal or jurisdictional basis.

It will also say that strippers are being unfairly targeted with no rational connection to the purpose of the COVID rules, and that less onerous measures weren't considered.

In Toronto, Jennifer considered going back to work when strip clubs temporarily re-opened during the summer.

But she was taking care of some vulnerable relatives and was concerned about exposing them to additional risk.

She thought she'd return to work when the number of new cases dropped below a certain threshold.

So Jennifer stays at home, sewing masks to earn a little pocket change and walking her dog daily for exercise.

"We've been regulated out of our jobs," she says.

"You choose this work because you're already marginalized. It's your way to drag yourself out of poverty."

"We feel we've been shut down over a knee-jerk reaction to a moral panic."

Here's what the province should do now to make LTC homes safer: Ontario Medical Association
Jan 19, 2021 8:00 AM