Leaders asked ‘when can we go back to the park?’

Chamber airs concerns over hard-hit tourism sector in chat with Provenzano, Romano, Sheehan; asks who will ultimately pay for billions in COVID aid
0
May 22, 2020 6:15 PM By: Darren Taylor 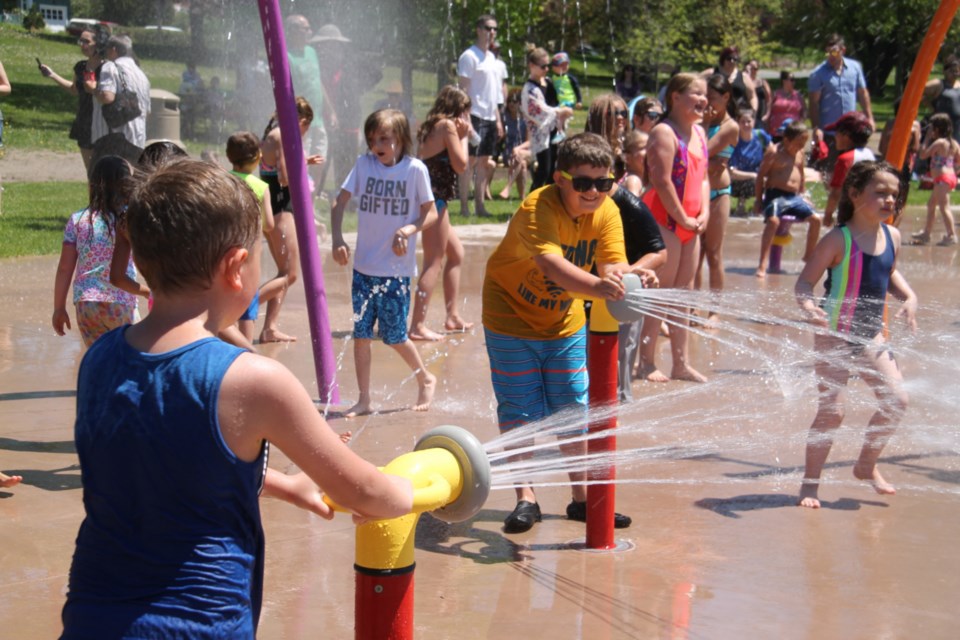 It was the second such town hall with the Chamber and the three elected local leaders, held using online technology in keeping with current Ontario COVID-19 restrictions on gatherings of more than five people.

Described by the Chamber’s Michael Stone as “a burning topic” for many local business owners, the leaders were asked what options will exist for seasonal business owners with a COVID-19 cloud hanging over their operations.

Sheehan said that fund will be there for businesses which have been hitherto unable to qualify for COVID relief through other federal funds.

The MP said the federal government’s wage subsidy program, to assist employers and workers in businesses hit hard by COVID-19 measures, has been extended from June to August due to heavy lobbying from the seasonal business/tourism industry.

On that tourism note, the leaders were asked for input on bringing the Missanabie Cree First Nation Mask-wa Oo-ta-ban (Bear Train) plan for Sault to Hearst passenger rail into reality as a way to kickstart the tourism sector in a post-COVID economy.

Provenzano said the City supports the plan, while mindful tourism dollars will be depleted this year as hotels and motels are expected to suffer this summer.

Romano said the province is happy to advance any projects that will help economic development in the Sault and area.

Sheehan said the federal government is continuing to work on the Bear Train project.

The leaders were asked how long they envision Ontario COVID-19 restrictions will last, and how long they think it will be before children, parents and seniors are once again able to gather in municipal parks in large numbers to enjoy themselves.

“I think it’s reasonable to conclude that we will see restrictions certainly later into this year, at the very least into the summer, maybe the fall, and we’re preparing for that,” Provenzano said.

“We’re eager to see people back in the parks,” said the mayor.

“We want to see them open…(but) the province is looking at doing this one step at a time. From the municipality’s perspective, we’d love to open the parks, we’d love to see kids in the parks, but we’re not going to do that until we’re confident it's the right thing to do for our families,” Provenzano said.

Romano said the province won’t be doing anything (including park reopenings) without continued, ramped up COVID-19 testing and the guidance of health professionals along the way.

“Will it last into the summer, the fall, the winter? Possibly, but I can tell you we’re on the right track and if we stay on the right track it (a full reopening of the province) is going to be a lot quicker than later (if people obey provincial restrictions and hopefully witness the number of COVID-19 cases go down).”

The Chamber, while acknowledging billions of dollars in COVID support from the federal and provincial governments as appreciated, asked Sheehan and Romano who will pay for all that COVID-19 aid?

Giroux has said because of that, the federal debt will rise to more than $900 billion, which works out to approximately $24,000 for every man, woman and child in Canada, adding the federal debt could reach $1 trillion.

Sheehan said the federal government’s loan programs have very fair payback terms for those who are currently benefiting from them, adding once they’re repaid, that money will be ‘recycled’ back into communities such as the Sault for new business startups.

Provenzano said municipalities by law cannot budget for a deficit, any local deficits having to be made up for.

“We’re pretty limited in how far down the road we can go...most of our revenue comes from the property tax base and one of the last things we want to do is put ourselves in a position where we are increasing residential, commercial or industrial taxes. We’re keeping a close eye on that, there’ll be a significant discussion in council on Monday as to where we’re currently at. We do have some reserves available to us that we would be able to use in the event we did run a deficit.”

Romano said, “We took some drastic measures (pointing to such expenditures as pandemic pay for front line workers)...the goal is that will be paid back after we reopen and things start moving again, and our businesses start working again and employing people again, and those people will spend money and the economy will continue to turn.”

“It will reopen and we will get back to normal, we will rebound stronger than ever. I believe that very deeply,” Romano said.