'I don't know how you want to separate people like this': Canadian snowbird unable to return with American partner

Doreen Rae has been a seasonal resident of Hilton Beach alongside her American partner for years. But the COVID-19 crisis changed all that
May 16, 2020 8:00 AM By: SooToday Staff 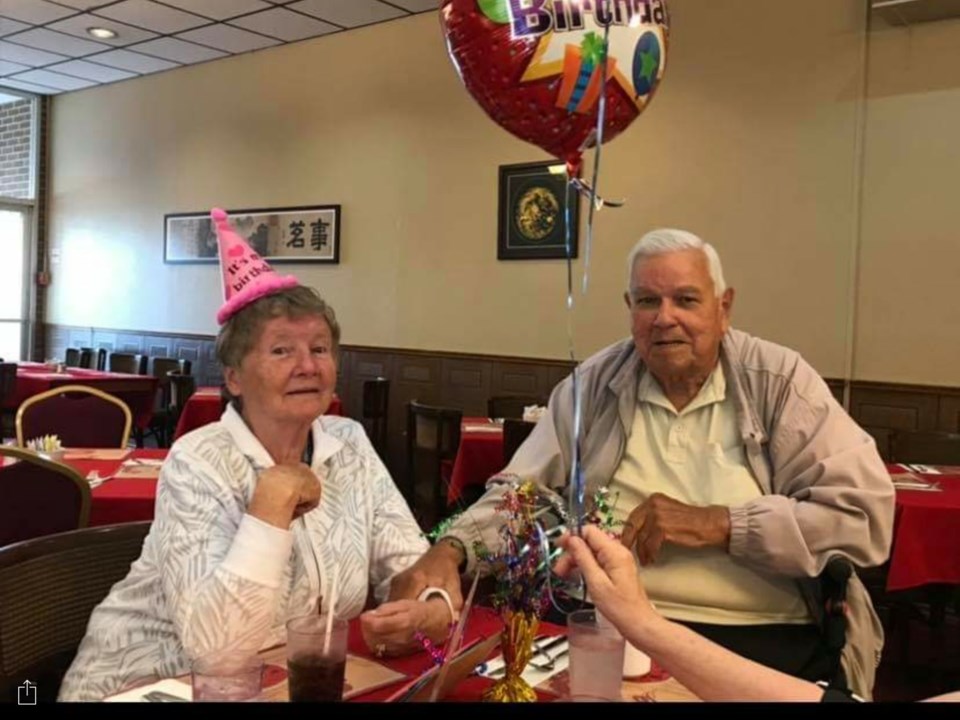 Doreen Rae, left, and Leroy Klapper have a seasonal residence in Hilton Beach, but can't cross the border in Canada due to Klapper's U.S. citizenship. Photo supplied

Doreen Rae and Leroy Klapper drove across the International Bridge at the end of April, prepared for the mandatory 14-day isolation period that awaited them at their large trailer in Hilton Beach Tourist Park.

But after making the long journey from Klapper’s Florida condominium, the elderly couple was turned away at the border by Canadian Border Service Agency officials in Sault Ste. Marie, Ont.

Although Klapper has spent his summers in Hilton Beach for the better part of four decades, the 91-year-old retired truck driver is an American citizen.

Rae, an 81-year-old Canadian snowbird, was cleared to cross into Canada by border officials. Her partner of nearly five years, however, wasn’t as fortunate.

The couple is now staying with Klapper’s son in Cincinnati, Ohio, waiting for the ban on non-essential travel between Canada and the United States to be lifted.

“I work in a long-term healthcare home. They can’t come here, they weren’t allowed to come here,” said Rae’s daughter Valerie Lambright, speaking to SooToday from Thessalon, Ont. “I don’t understand how you want to separate people like this.”

“My Mom has never been this happy in her entire life since she has been with him. They don’t have a lot of time left. Why are we separating them, why are we forcing them to choose? Mom can cross the border, but he can’t. They need each other because between the two of them, they make a whole, do you know what I mean?”

Lambright says that she and her sisters made all of the necessary arrangements with Algoma Public Health and Hilton Beach Tourist Park in order to clear Rae and Klapper for the two-week quarantine period in their summer residence.

Rae and Klapper also slept in the car while travelling from Florida to the Sault Ste. Marie border, not wanting to risk potential exposure to COVID-19 in a motel.

“It’s horrible. It really, really is horrible,” said Lambright. “We’ve just been going nuts trying to figure out how to get them up here, because they would be a lot safer in that trailer by themselves.”

Rae and Klapper will most likely have to wait longer than anticipated to reach their summer home on St. Joseph Island, as a deal between Canada and the United States to extend the non-essential travel ban until June 21 could be announced in the coming days.

Lambright says her mother is also on the last extension of her medical insurance.

Border guards in Sault Ste. Marie turned Lambright away when she attempted to give Rae her medication while the couple was at the border services building in Sault Ontario.

“If the border closing is going on any longer...they’re cutting off my mother’s medical insurance at the end of this month,” said Lambright. “What do we do?”

Lambright says that now it feels as though her mother is being forced to choose between her partner and her health.

“Now they’re being told, basically, to separate - and I can’t honestly see that happening. They kind of need each other,” she said.

The federal government has asked to extend the current ban, which is currently set to expire May 21.

A favourable response is expected from Washington but likely won't come for a few more days, a source familiar with the ongoing discussions told The Canadian Press.

WATCH: Most of the province to enter Phase 3 on Friday
Jul 13, 2020 1:18 PM
Comments
We welcome your feedback and encourage you to share your thoughts. We ask that you be respectful of others and their points of view, refrain from personal attacks and stay on topic. To learn about our commenting policies and how we moderate, please read our Community Guidelines.
The latest on COVID-19 Local and global updates →City of Sault Ste. Marie updates →
Support local: Today's takeout idea