Wine…How Healthy Can it Be? 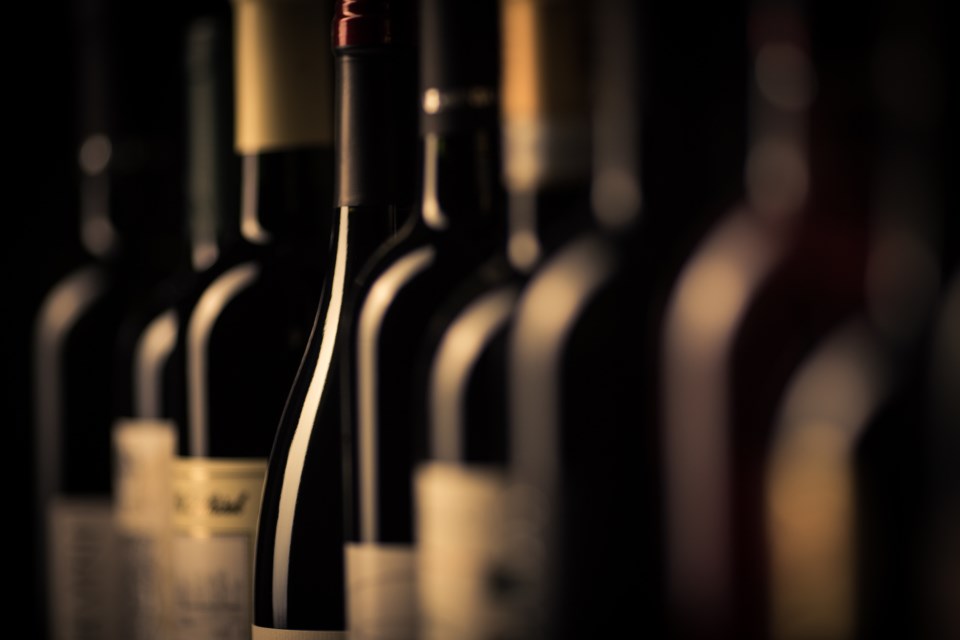 The other day, someone explained to me that his father told him that a glass of wine is good for you and wondered if it were true.

It made me think back to the 1960’s and the folk music period, when the Kingston Trio had a hit, Three Jolly Coachmen. In one verse, they sang,

“Here’s to the Man drinks water pure and goes to bed quite sober,

He falls as the leaves do fall…He’ll die before October!”

Sobriety, they would have us believe, is over-rated.

I haven’t bothered to write about the healthful effects of wine, because it seems almost every other day, a new study comes out in support of moderate wine-drinking. That said, it might be worthwhile to visit the topic to explore briefly some of the findings.

To put things in perspective, the wine revolution was kick-started in 1991, when the television show, 60 Minutes, aired a segment called The French Paradox. In it, they explored why it was that the French, in spite of heavy smoking and a diet rich in saturated fat etc. had lower levels of chronic heart disease and longer life expectancies than people in North America. The conclusion – the Mediterranean Diet… and Wine.

In terms of wine, the focus was on red wine, as it was found to contain healthy flavonoids which help to stave off heart disease.

Since then, wine has become mainstream. One key qualification, however: moderation.

At the time of the television show, “moderation” was a moving target. Some suggested it was up to half a bottle a day. One Italian source even suggested that moderation was drinking no more than a litre of wine a day. Now, consensus seems to be one glass a day for a woman, and two for a man. Enough said.

In the last 30 years, there have been countless studies on the effect of alcohol in general and wine in particular on various aspects of our health. Here are a few of those reports as they have been referenced in the U.S. publication, the Wine Spectator, in just the past two months!

According to the Johns Hopkins Journal of Renal Nutrition, moderate alcohol – one glass daily for women, two for men – is associated with lower risk of chronic kidney disease, compared with little or no alcohol consumption. Their study tracked 12,600 black and white men and women between the ages of 45 and 64 over the course of 24 years. The categories were Never Drinkers, Former Drinkers, 1 Drink per Week, 2 to 7 Drinks per Week, 8 to 14 drinks per week, and 15 and more drinks per week.

Compared to non-drinkers, those who had one drink per week had a 12 per cent lower risk of developing Chronic Kidney Disease (CKD). With two to seven drinks, the risk dropped 20 per cent, with eight to 14 drinks, the risk dropped 29 per cent. After that, the benefits went in the other direction: 15 drinks and more saw a drop of 23 per cent, while consumption of 20 plus drinks per week resulted in no benefit at all.

In turn, the Clinical Journal of the American Society of Nephrology found that moderate consumption of alcohol is linked with a 30 to 40 per cent lower risk of developing kidney stones. Wine inhibits a hormone called “ADH”, and leads to more urine production and dilute urine, which makes chances of stones go down. A researcher at Ohio State University cautions that, “Water is best, next is wine…”, and we are told that wine may not provide relief to those with a genetic predisposition to kidney stones.

Another study, The Rush Memory and Aging Project, linked Flavonals, a sub-class of bioactive polyphenols found in fruits, vegetables and wine, to lower risks of Alzheimers Disease. Using the Harvard Food Frequency Questionnaire, researchers beginning in 2004 followed 921 participants. Over the course of the study, 220 people eventually developed Alzheimers. Findings indicated that participants who followed a diet regime with the highest flavonal intake had a 48 per cent lower risk of developing the disease compared with those who consumed the least.

The lead researcher, Dr.Thomas Holland, places diet at the very top of his list of healthy life style factors. Leafy greens are the most important part of the diet, but a glass of wine is also a good source of flavonals.

Two studies linked moderate consumption with longer life spans. In the Netherlands, researchers at the Maestricht University Medical Centre collected data for over three decades on 5,000 men and women born between 1916 and 1917 – basically starting when the subjects were 70. 16.7 per cent of the men and 34.4 per cent of the women reached 90, with the highest probability for “survival” to 90 was in those who drank between one-half to one-and-a half glasses of wine daily,; that is, between 5 and 15 grams of alcohol per day.

Likewise, at Harvard, data from a 34-year Nurse’s Health Study with females aged from 30 to 55 and a 28-year Health Professionals Follow-up Study with males aged 40 to 75 involved 112,000 participants who filled out questionnaires every two years.

For men, the respective figures were 8.8 years and 9.6 years, respectively.

One of the researchers, Harvard Epidemiology and Nutrition Professor Dr. Eric Rimm, felt that the greatest evidence shows that moderate drinking 3 to 5 days a week, or every other day, was the most beneficial regime.

As I stated at the beginning, these are studies that I learned about just in the past two months. In the past, there have been many, many others dealing with an even wider range of health issues. I believe that the length of the studies and the number of people involved point to their being fairly reliable.

Simply put, there is significant evidence that the MODERATE consumption of wine has definite and measurable benefits. Drink wisely and enjoy.

Curvos Loureiro 2019, $12.95, is an attractive Portuguese white made from one of the grapes usually blended to produce Vinho Verdes. Expect a wine that is marked by ripe and zesty citrus fruit and is absolutely refreshing.

LaCheteau Les Cimes Haut Poitou Sauvignon Blanc 2018, $14.95, is a new wine to the LCBO from the Loire region of France. Vintages calls it “zesty, bright and long with a characterful herbaceous note, and a fine mineral tone on the close. Has the acidity to pair nicely with salad or seafood.”

Gorghi Tondi Coste a Preola Grillo 2018, $17.95, is a Sicilian white grown in coastal vineyards. The site, falstaff.at, refers to “ripe pear and succulent peach on the nose, accentuated by a light touch of minerals. Luscious and balanced on the palate, creamy and delicate at first, with an exciting and salty finish.” – 92.

Cannonball Chardonnay 2017, $19.95, is a “Vintages Essential” hails from California. At the 2019 Ultimate Wine Challenge, it was awarded a heady 91. The review there suggested “Apple pie, honey oats cereal, lemon blossom, and fresh toast flow beautifully from this golden-hued Chardonnay. A burst of tartness keeps the palate quite mineral-driven and refined and leads to a long toasty finish that recalls brown butter and roasted chestnuts.”

El Vivero De Usaldón Colleción Origen Garnacha 2018, $15.95, is a Spanish Grenache, which robertparker.com describes as being “clean, precise and quite fruit driven but not banal, with an earthy touch. The palate is medium-bodied and revealed fine tannins and good freshness.” – 92.

Masseria Altemura Sasseo Primitivo 2017, $16.95, has a respectable 87 from winemag.com, which explains “this accessible Primitivo shows a mild concentration of cherry and raspberry flavors on the palate, with medium-grained tannins and bright acidity providing a solid frame. Spice and toast accents lend a bit of complexity to an otherwise straightforward yet enjoyable wine.”

Ironstone Old Vine Zinfandel 2017, $17.95, is from Lodi in California.  Almost directly inland from San Francisco and south of Sacramento, this seems to be “ground zero” for classic ‘old vine’ Zinfandel. A Vintages Essential, this is ripe and smooth with good dark fruit and smoky texture – It should provide an interesting comparison to the Primitivo above, as the two grapes are virtually identical.

Andeluna Anduco Limited Edition Malbec 2017, $19.95, is new to the LCBO, and worth trying. From Argentina, this 100% Malbec received a 94 at the Decanter World Wine Awards in 2018 and should be even more integrated now than when it received that score. “Notes of toffee, cocoa, violet, sweet spice and vanilla flow onto the palate where they are joined by red and black fruits. Lovely wine, with a long finish and great aftertaste.”

More Wine All The Time