The story of the Sault's first bank heist

This edition of Remember This looks back on a harrowing day for the staff at a Royal Bank location
Jun 28, 2020 11:00 AM By: Remember This? 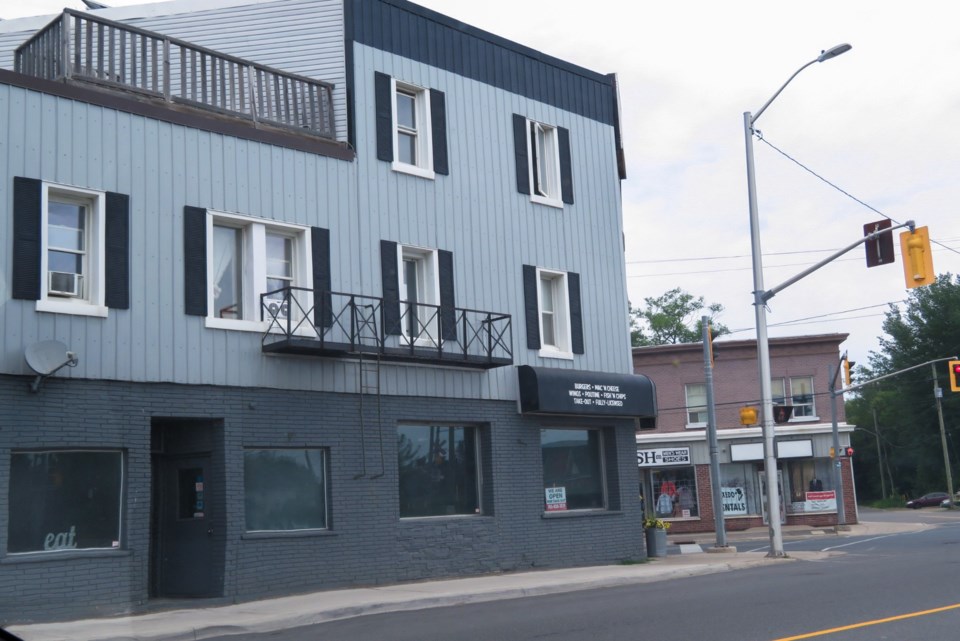 A Royal Bank once was located here, at John and Wellington, and it was the scene of the city's first documented bank robbery back in 1948. Sault Ste. Marie Public Library

In April of 1948, the Royal Bank at John and Wellington Streets found itself at the centre of a Sault Ste. Marie first: a bank holdup.

The teller handed over $6,500, managing to push more cash out of sight of the robber. While the teller had a bank gun next to her, she would later tell Globe and Mail reporters that she “got so scared of that waving gun of the robbers that [she] didn’t even think of trying to get it.”

One of the customers echoed the fear she was feeling, saying that “I don’t think any of us could shake the feeling of paralysis that comes over you when things like this happen.”

One quick-thinking accountant was on the phone when the robbery began. He dropped the phone, in hopes that the operator might realize what was going on and call for help, but that did not happen.

The robber demanded cash from other staff members and stuffed as many bills in his bag as would fit. He fled the scene in a distinctive vehicle with the lettering painted on the side in gold, driven by a female accomplice.

Police quickly arrived — municipal, provincial, and RCMP. A local pilot was sent out to surveil the river for unusual boat activity in case they tried to escape into the USA. Within two hours, the two suspects were arrested: “a nervous, hooded robber and his blond accomplice.”

They were identified as Mr. Greschuk, a man in his 20s who worked as a cab driver and draftsman, and Mrs. McLean, a mother of two with whom Greschuk had “[become] friendly.”

By the following day, police had recovered almost all of the $10,000 stolen from the bank, leaving only $4 unaccounted for. After hours of grilling, they had obtained detailed information and a full confession from Greschuk.

Despite the arrests, bank managers were notably shaken up. They requested a police escort to transfer money between banks; it was payday at Algoma Steel, and the amount of cash travelling from bank to bank was in the neighbourhood of $1 million.

The case caught the public’s interest, and a large crowd of onlookers appeared to watch their court appearances. Amongst the onlookers was Greschuk’s mother who, in “a dramatic emotional display . . . lunged at Mrs. McLean in a threatening manner, fingers tensed, eyes gleaming, and tears streaming down her face.”

Mrs. Greschuk reportedly had to be restrained by officers as she screamed, “She’s responsible for destroying my home and the trouble of my son. If I get my hands on her, I’ll tear her eyes out.”

Mrs. McLean, meanwhile, denied any involvement in the robbery.

Ultimately, Mr. Greschuk was sentenced to five years in prison. Defence lawyer A.I. Vannini argued for leniency in the sentencing, saying that Greschuk had lived in the Sault his entire life, had a good job, had a clean record, cooperated with police, and was a war veteran. But Magistrate McEwen said that given the seriousness of the crime, he could not justify sentencing him to any less than five years.

Mrs. McLean, meanwhile, was found guilty of being an accessory after the fact; the judge found it a challenge to ascertain the total extent of her involvement. She was sentenced to two years in the Ontario Reformatory. In reading her sentence, the judge scolded her, saying, “It is hard to understand how you, a mother, could get mixed up in such a sordid affair . . . It was almost childish of you and Greschuk to think you could pull off something of this sort and not be caught.”

It was a tidy end to the first bank holdup in Sault Ste. Marie history, a crime that unsettled the city and captured the public’s attention.