The history of the Sault's Croatian community

In this edition of Remember This, the Sault Ste. Marie Public Library helps us look back on bi-weekly lamb roasts
Nov 3, 2019 11:00 AM By: Remember This? 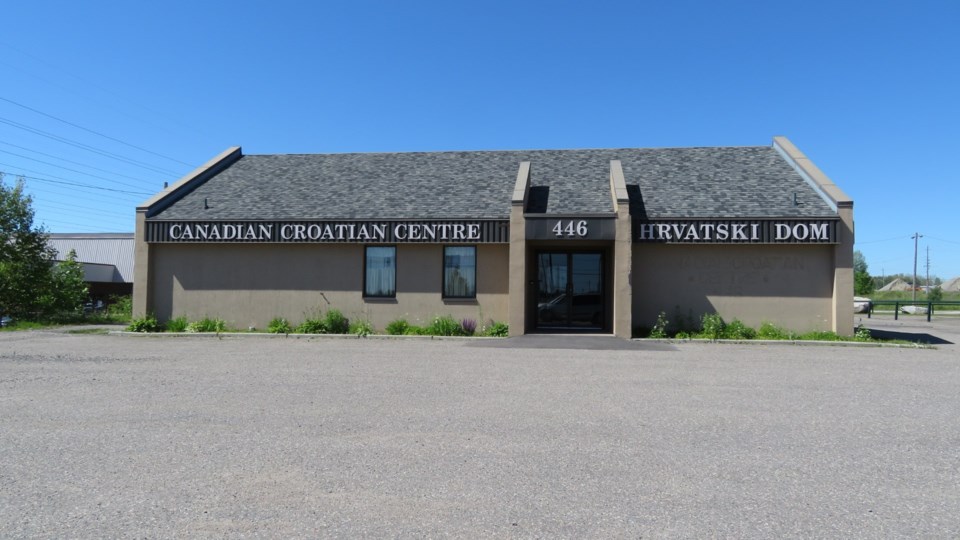 The Croatian community in Sault Ste. Marie has a long history, with the first immigrants coming to the area in the early 1900s.

At first, most Croatian immigrants to the area were single men who worked outdoors: building railroads and cutting lumber.  Some worked these jobs by choice; during WWI, however, others were branded enemy aliens and forced to perform manual labour for little or no compensation.  After the war, many found employment at Algoma Steel or started their own businesses. Once they could afford to do so, they brought their families over from Croatia.

By 1928, the Croatian population of Sault Ste. Marie caught the eye of the Sault Star.  The newspaper ran a feature on the hundreds of Soo residents of Croatian origin, describing them as “a talented and peace loving race . . . wanting only to be left unhindered to develop [their] national culture.”

With the increasing population came a need for cultural organizations and supports.  The article also discussed the existence of Croatian organizations in the Sault. Both the Croatian Fraternal Union and the Slovenian Croatian Union had branches in town, with memberships numbering 50 and 90 people respectively.

Croatian language masses were initially held at Our Lady of Mount Carmel, the Italian, Roman Catholic Church located on Cathcart Street in the west end.  In the 1960s, the Croatian Roman Catholics bought land on Second Line East and began construction on a rectory. Throughout the 60s and the 70s, people attended mass in the basement of the rectory.  In 1981, with the help of numerous volunteers and donated materials, construction on a new church began. And in 1983, Our Lady of the Highways was officially dedicated. Their members numbered 150 families, who attended masses in both Croatian and English.

The Canadian Croatian Home Association built and maintained the Croatian Hall.  The first hall was on Albert Street West, in the basement of the Krmpotich block.  With the demolition of the Krmpotich block, the hall moved to Wellington Street West, in a building now occupied by the Fraternal Order of Eagles.  It later moved to Second Line East, beside Our Lady of the Highways; the banquet hall was the site of numerous fish fries, pierogi and cabbage roll dinners, and other community gatherings. Also present in the city were groups for preserving traditional arts and culture.  The Sault has a Kolo and Tamburitza Group, dedicated to the teaching and performance of Croatian dances and music.

Perhaps most familiar to people, however, were the Croatian Picnic Grounds.  Also owned by the Canadian Croatian Home Association, the grounds were located at Sixth Line and Old Goulais Bay Road.  Spanning 80 acres, the picnic grounds had plenty of room for bocce players, exploring children, music, dancing, and food.

A 1963 Sault Star article about the picnic grounds described “barbecued lamb with its crusty cover and juicy tender meat” – as well as the process of picking out lambs, basting the meat, cooking it over hand-turned spits in cooking huts, carving it, and, of course, eating it.  According to the article, picnics happened every second Sunday, and the attendees would typically eat a minimum of six lambs, “[breaking] off a big piece, [putting] it between pieces of bread, and [eating], informal style.”

The Croatian picnic grounds have been sold, and the regular lamb roasts are a thing of the past; the Croatian Hall has recently been converted to a United Way facility as part of a food security program.  But the Croatian community continues to thrive in the city.