The hanging of Frederick Schultz

This edition of Remember This recounts the first part of the story of the first man to suffer the death penalty in Sault Ste. Marie
Jan 12, 2020 11:00 AM By: Remember This? 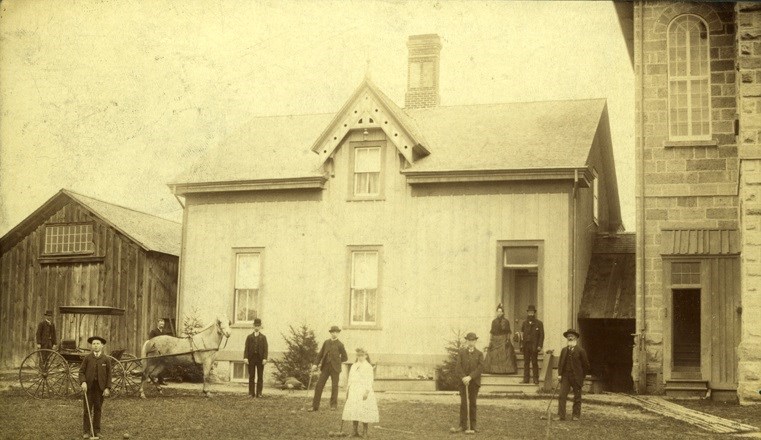 While the death penalty has been recommended multiple times over the course of Sault Ste. Marie’s history, the National Archives of Canada lists only four people who were actually hanged in the city from 1867 through the 1970s.

The first case – and perhaps the most mysterious – happened in relation to a murder in 1901.

The suspect, Frederick Shultz, was in his late 30s.  A Globe article described him as “dark complexioned, has quite a foreign accent, is not wicked-looking, and is by no means the kind of man one would be afraid to meet in a dark alleyway.”  The Sault Star was considerably less charitable, describing him as a “deserter of his wife and family” and a “brawler.”

He lived in a boarding house on Gore Street along with a Mrs. Craig (sometimes referred to as Mrs. Wonders) and her daughter Mary.  Shultz and Craig initially presented themselves as nephew and aunt, then as husband and wife.

In August of 1901, Frederick Shultz and Mrs. Craig had an argument, overheard by others in the boarding house.  Shultz went into his bedroom, returned with two revolvers, and shot Mrs. Craig repeatedly, saying, “Take that, and that, and that.”

He also accidentally shot Mary when she had stepped in the way; but fortunately she was expected to make a full recovery.  He then “turned the pistol on himself and inflicted a slight wound on the bridge of the nose,” according to the Globe, in a failed attempt to kill himself.

His self-inflicted gunshot wound did little to harm him; Mrs. Craig, however, died less than an hour later from her injuries.

After shooting Mrs. Craig, Shultz left the boarding house – although only after demanding money from Mary.  He had a drink at the local saloon, and then made a trek from the west to east end of the city, following the river closely, attempting to get across to Sault, Michigan. He approached a man with a boat; that man, aware that there had been a murder as word of the crime spread, became suspicious and contacted the police.

The police, meanwhile, already had quite a manhunt underway.  The police chief acted quickly to swear in people to serve as special constables to help find and detain the fugitive. Police arrested Shultz, and he quickly gave his side of the story – verbally and through a confessional letter he’d left in a cemetery.

However, the most sensational aspect was yet to come, and all was not as it appeared to be.  And when the rest of Mrs. Craig’s family arrived in town with some news about Shultz, those new details started to come to light.

Read more next week when we present Part 2 of this story.

What's the deal with that Danville Bessemer train?
Jun 21, 2020 11:00 AM
Comments
We welcome your feedback and encourage you to share your thoughts. We ask that you be respectful of others and their points of view, refrain from personal attacks and stay on topic. To learn about our commenting policies and how we moderate, please read our Community Guidelines.