Remember This? The time Andrew Carnegie built two libraries for the Sault 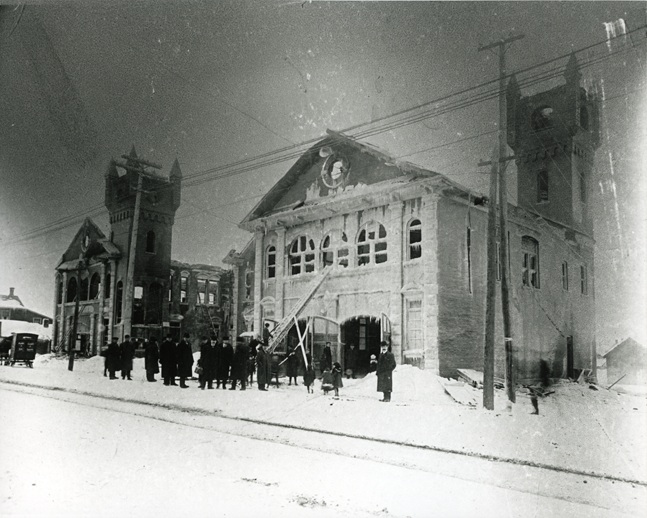 Library services in the town of Sault Ste. Marie were originally established in the 1890s.

The original library was housed in two rooms within the Town Hall.

However by 1901, as the town’s population continued to grow, they had outgrown this space.

Russell Halton, a local architect, contacted Andrew Carnegie who was a known benefactor of libraries in Canada and the United States.

On December 14 of that same year the town received a grant for $10,000 to build a public library on city property.

Deciding on a location caused some dissension among the city leaders of the day including Councillors William H. Munro and Dr. Edwin Gimby.

The location that was proposed was on the south side of Queen Street, just east of East Street.

The two councillors both felt that the proposed location was not central enough for the west end residents.

They wanted the citizens of the town to have a say in where the new library and municipal building should be located.

However after a special meeting, it was decided to proceed to with the original planned location.

In 1903, the library moved into its’ new building.

In addition to the library, the complex consisted of the post office and a public hall in the same wing as the new library.

In adjoining wings, the complex housed the Town and Fire Halls making this the centre of municipal government services for the growing town.

The town was very proud of its’ new complex but just four years later disaster struck.

A fire was noticed in the ceiling of the library near the back of the building on March 6 of 1907.

The fire alarm sounded about 8:50 p.m. but the fire spread quickly.

The fire was so extensive that even the fire brigade from Sault Ste. Marie, Michigan crossed the river to help fight it.

Despite the proximity of the local fire department (located within the same building) the fire could not be contained and the entire complex was destroyed.

The cause of the fire was thought to be faulty wiring.

The town leaders had decided that the building did not need to be insured for the full replacement value since the fire hall was part of the complex, so it was insured for only $4,500, according to C.J. Pim, the Town Clerk at the time.

In order to rebuild, the town approached Andrew Carnegie a second time asking if he would consider supplying funds for a new library.

He reluctantly granted an additional $5,500 to rebuild the library, but not without first advising the local council that they had been “penny wise and pound foolish.”

While the new building was being constructed the library moved into a temporary location in the Harris Block at the corner of Queen and Spring Streets.

With about 800 books that were saved from the original building or were donated, the library was able to continue to offer free library services to the citizens during this transition period.

The new library building, designed by architects Demar & Murdoch was completed for the second time in 1909 at a cost of $15,500.

The Sault Ste. Marie Public Library was able to operate from this location until lack of space forced them to relocate again in 1966.

A brand new library was built on the lower end of East Street, just south of Bay Street and it opened as the Centennial Library.