Remember This? Steaming ahead on the 'Turkey Trail' 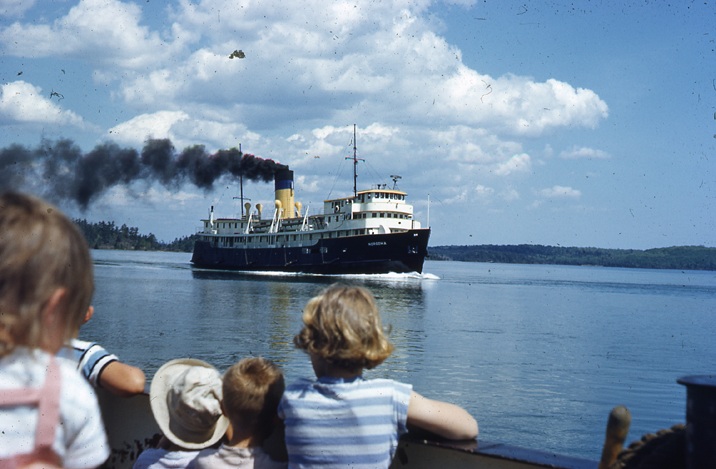 The Norgoma was built at the Collingwood Shipyard in 1950 and was the last of a long line of passenger and freight vessels.

These vessels were the lifeline of the North Channel communities located on the Turkey Trail in the Great Lakes.

The Turkey Trail was the name given to the east-west route from Georgian Bay along the North Channel, up the St. Mary’s River to Lake Superior.

Some say this name was given due to the erratic route the ship followed to the various ports of call, others say it was associated with the ship because of the turkeys it carried from Manitoulin Island!

When it was built, it contained sleeping accommodations for 100 people, a dining room that sat 50 people and a galley that could produce 144 meals three times a day.

The name was taken from the prefix “Nor” used by the Owen Sound Transportation Company for ships of her fleet and the prefix was coupled with “Goma”, which refers to the Algoma District.

From 1950 to 1963, the vessel was the primary means of transportation between Owen Sound and Sault Ste. Marie and made a five-day round trip every week.

Thousands of passengers sailed on the Norgoma, which not only served the needs of an isolated region of the upper Great Lakes, but also offered an opportunity to view some of the most beautiful scenery to be found in the area.

In 1963, after the Trans-Canada Highway was completed, a passenger ship travelling the route along the North Shore was no longer needed.

At this time the Norgoma’s steam engine and boiler was replaced with an 800-horsepower diesel engine, which gave a service speed of 13.5 knots.

It was then converted to a car ferry and when renovations were completed 25 cars could be carried on the main deck and another 12 cars on the lower deck.

It operated as a car ferry between Tobermory and South Baymouth twice daily for the next ten years, until replaced by the much larger Chi-Cheemaun car ferry in 1974.

At this point, as the Norgoma reached the end of its working life on the water in 1975, it was purchased by the City of Sault Ste. Marie for $1 to be used as a museum ship.

Ownership was later transferred to the non-profit corporation established as the St. Mary's River Marine Centre in 1981.

It was relocated to Sault Ste. Marie in 1975 and was converted into a floating “living exhibit” museum in 1977.

Restoration work was begun to return it back to its original beauty.

Its valued service to the area was recognized in 2011 when the Norgoma was designated as a historic site with a plaque unveiled at its waterfront location in September of that year.

Open to the public for tours during the summer season, in recent years, the Norgoma has also become a venue for receptions and other events including turning it into a haunted ship for the Halloween season that attracted crowds of people nightly.

However in recent years, funding for the Norgoma Museum Ship has become more uncertain due to ongoing budget constraints and the St. Mary’s Marine Centre has been busy in its lobbying efforts to protect the future of this piece of our history. 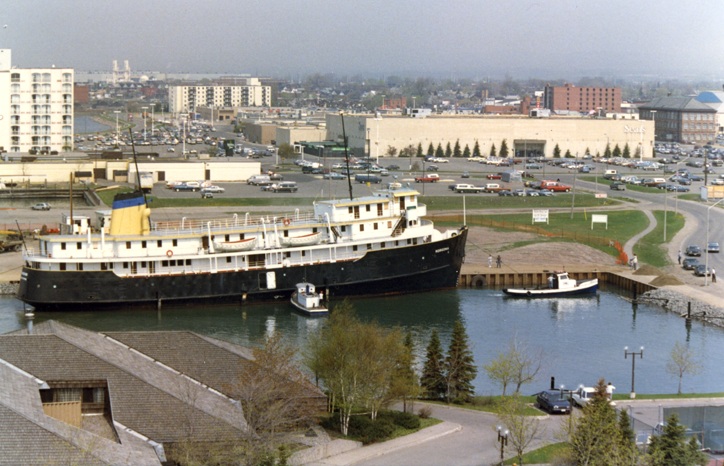