Mishipizheu is depicted in one of the most famous pictograph sites in Canada
Jul 17, 2016 11:00 AM By: Remember This? 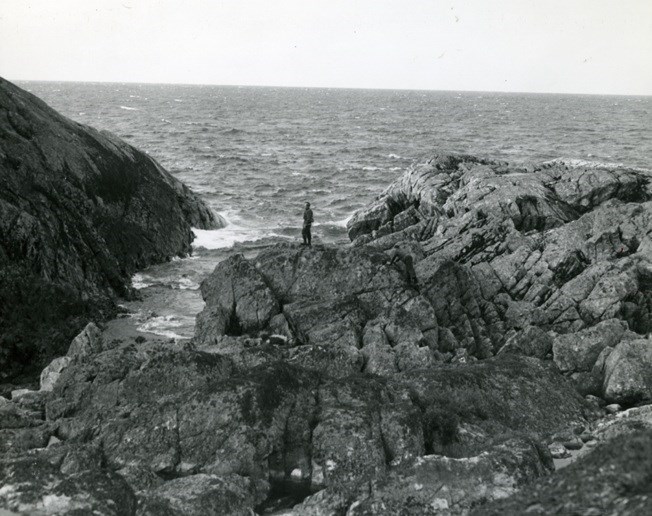 You don’t have to travel to Scotland to catch a glimpse of a water monster because Lake Superior has its very own dragon.

Superior, the largest of the Great Lakes has its own monster called Mishipizheu. It isn’t so much a creature as it is a spirit or entity. It is said to control the waters of the Great Lakes and of Lake Superior in particular. It has been accused of bringing down an estimated 400 vessels that have sunk in Superior’s waters including, some have said, the Edmund Fitzgerald in 1975.

This creature has been known by many names and spellings throughout the years.

According to The Wolf’s Head by Peter Unwin, one of the first Europeans to encounter this spirit included the Jesuit missionary, Claude-Jean Allouez.

In the Jesuit Relations, written in 1667, he refers to the entity as “Missibizi, noting that sacrifices were made to it to bring the sturgeon and to quiet the deadly waters.”

Trader, explorer and translator Nicolas Perrot called it Michipissy and described it as having “a large tail and when he wiggles it lively it causes great tempests.”

Bishop Baraga, Roman Catholic missionary in the area during the mid-1800s spelled it as Mishibiji and defined it as a lion.

At other times it has been called a Manitou; a spiritual and fundamental life force that has a reputation for killing children!

The Mishipizheu is associated with copper.

The local people believed that if they “cut it from its horns as it raises them above the surface of the water” the copper would provide them with good luck.  Even explorer Etienne Brule carried a nugget with him wherever he went.

The island of Michipicoten, as well as the deep caves found in the depths of Lake Superior is said to be the home of Mishipizheu.

According to The Wolf’s Head, Mishipizheu protects those who look directly at it so it is often painted with its face staring straight out from the rocks.

In 1636, Father Paul Le Jeune, editor of the Jesuit Relations, watched a young man catch a fish, which he described as resembling “a great lizard with four feet and long tail”. The young man quickly returned the creature to the water, explaining that “it would be a mistake to keep it, since it caused enormous winds on the water.”

In the early renderings of Mishipizheu it often resembled the shape of Lake Superior itself.

Ancient pictographs show it as being “longer than it is wide, pointed at one end and stickle-backed like a rocky shoreline, it forms a basic map of Lake Superior.”

Today the old image of Mishipizheu is painted on Agawa Rock in Lake Superior Provincial Park, one of the most famous pictograph sites in Canada. The site's name in Ojibwa is Mazinaubikiniguning, which means "the adorned rock on Agawa Lake."

It is reported that Shingwaukonce himself traced these paintings when he led a revolt against miners who exploited the copper deposit of Mamainse, on the shores of Lake Superior. After fasting several days at the Agawa rock to gain spiritual powers, he chose to paint Mishipizheu because this aquatic monster is the holder and protector of copper.

In Spirits on Stone: The Agawa Pictographs by Thor and Julie Conway, they describe the underwater monster as “animals that live at the bottom of Lake Superior…they don’t have hair. Their bodies are covered with fingernail-like scales; and spines run down their backs. The Holy Spirit told the Medicine Man to get rid of the spiny creatures (who ate the trees and destroyed the forest). Only the ones that live deep under the sea survived.”

Each of the three paintings of Mishipesheu has been associated with canoe pictographs. The canoe represents the water line in the paintings and the monster is situated a little higher than the canoe in the drawings. This is supposed to mean that the monster is capable of living in the depths of Lake Superior or out of the water on the shoreline.