How a church became the 'centre of an Italian community'

This edition of Remember This explores the long history of Our Lady of Mount Carmel Catholic Church, which local records mark as the first Italian Catholic church in Canada
May 19, 2019 11:00 AM By: Remember This? 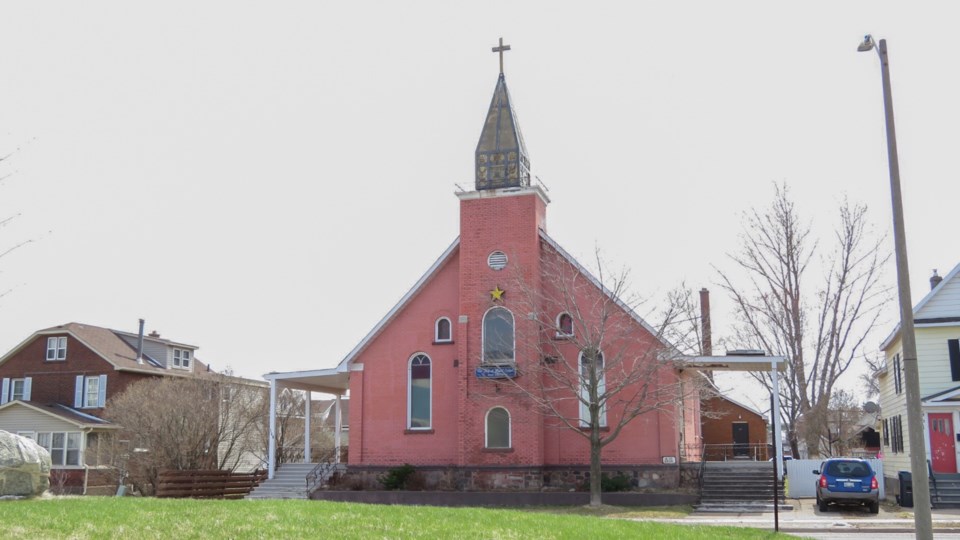 In 1909, the Italian community of Sault Ste. Marie, led by Father A. Bruno, started a fundraising campaign with the goal of creating a new church in the area of Sault Ste. Marie commonly referred to as Little Italy. In 1910, at a cost of $4,650, construction started at a site on Cathcart Street, near the intersection with Allen Street.

The church was initially known as Our Lady’s Church, and then Holy Rosary Church, before taking on the name that many are familiar with today: Our Lady of Mount Carmel.

The James Street area was a thriving, vibrant community and the church played a very important role in the life of the community sponsoring programs like Italian Youth Clubs and women’s leagues. There were festivals that would spill over onto the street. And, as described by Reverend Eric Pannike, “It was the centre of an Italian community, and quite literally, everybody lived almost within sight of the church building.”

The Marconi Society, in their book celebrating the organization’s 100 years, similarly described Our Lady of Mount Carmel as being “the spiritual, social and educational centre of the community,” referencing how it “helped the Italian community to maintain many of its customs and continue its language.”

Judge Ray Stortini also stressed the importance of Mount Carmel in people’s lives, saying, “We were all baptized there, had our first communion and confirmation there. A lot of us were married there. And a lot of us were buried with funeral services there.”

It was, according to the local Diocesan Archives, Canada’s first Italian Catholic Church. However, it also became a hub for people of a variety of backgrounds who lived in the Little Italy part of town – people of Croatian and Polish origin, to name a couple.

In 2003, the Roman Catholic Diocese of Sault Ste. Marie announced plans to merge the parishes of Mount Carmel and Blessed Sacrament, the latter of which was also located on Cathcart Street, approximately six blocks away at the foot of St. James Street.

Reaction was swift and negative. The amalgamation could have meant the end of Italian-language services – and the loss of a community church. Churchgoers protested, picketing outside of the church with signs in support of Mount Carmel.

The planned merger of the two churches was put on hold, but Mount Carmel would not survive for much longer. In October of 2010, after 100 years in the community, Mount Carmel closed its doors as a church. Congregants joined new parishes – and for many, it was the first time they belonged to a different church. It marked the end of what its supporters called “a place of worship, and a significant historical and cultural community facility.”