Calls for clemency: Part 2 of the Angelina Napolitano story

In this edition of Remember This, we hear how one man from Ohio even offered to die in the condemned woman's place
Oct 25, 2020 11:00 AM By: Remember This? 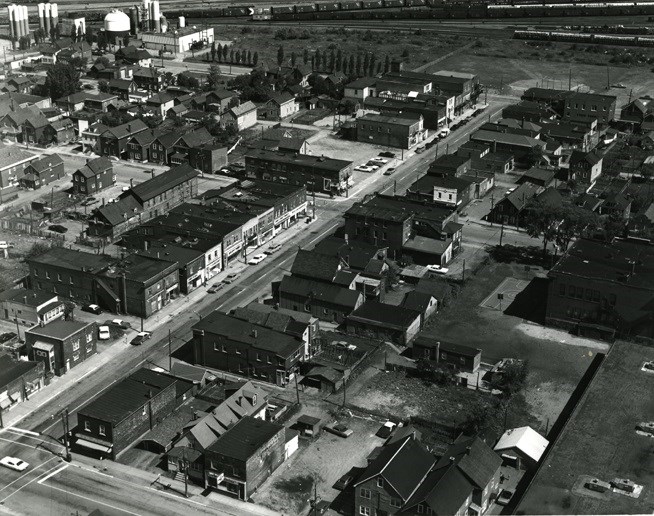 This is Part 2 of the story of Angelina Napolitano. Read Part 1 here.

A letter from the Toronto Suffrage Association pled “for a speedy commutation of the death sentence.” They cited her pregnancy and the negative effect that the terror of her death sentence would have on her unborn baby. They also argued that her attack on her husband had been provoked and called on others to come to her aid: “The association sincerely [hopes] that all societies and individuals [throughout] the country, who feel that this unfortunate foreign woman should not, owing to the circumstances surrounding her case, suffer the extreme penalty of the law, will in some way make their desire known to the Minister of Justice.”

The Globe also ran an editorial arguing in favour of Napolitano. It read, “a woman may still be arrested by men, judged by a jury of men, who naturally are much less her ‘peers’ than the feudal baron was the peer of his serfs, and condemned to death by a male jury and a male Judge! . . . This state of things is equivalent to a remnant of barbarism, which ought not to be allowed to survive this generation.”

The editorial also argued that it was unusually cruel to hang Napolitano so soon after the birth of her child, saying that it was “a deed of torture . . . which exceeds anything devised by the Spanish Inquisition.”

Concerned citizens wrote more letters to newspapers about the Napolitano case. Petitions began to circulate throughout Canada and the USA, with seven bags full of letters arriving for the Minister of Justice in Ottawa, asking that Napolitano be shown mercy. The Sault Daily Star, however, noted that “It may surprise the outside world to know that the Sault, knowing the facts of the case, and realizing that no Canadian government would allow Mrs. [Napolitano] to be hanged takes very little interest in the case.” The paper also noted that apparently, none of the local Italians signed the petitions advocating for her clemency.

There was even a man, one Dr. Alexander Aalto, from Ohio, who offered to die in her stead. “It would only be fair to Mrs. Napolitano for a man to give his life for her, inasmuch as her life is in peril on account of a man’s persecution of her, and because men condemned her . . . I know my own mother would consider that I was honoring her motherhood in dying for Mrs. Napolitano.”

However, this support for Napolitano was not without its criticism – mainly based on the fact that most arguments for her clemency focused on her pregnancy. According to an article in the Montreal Star, “too much” emphasis had been placed “upon the bald fact that she is a woman. We cannot permit women to commit murder with impunity, even if they are about to fulfil woman’s highest function.”

The Sault Daily Star was also critical, saying, “Mrs. [Napolitano] is not the angel the American press make her out to be. Of course, a summer campaign to save a worthless woman could hardly be made interesting. So Mrs. [Napolitano] is painted as a beauty in distress, a virtuous woman who was driven to murder to save herself from becoming a white slave. But only by a distortion of the facts can public sympathy be worked up for the woman herself.”

Much of the negative press stemmed from criticisms that she was morally bereft; additionally, her nationality was brought in, with stereotypes of dangerous, hot-headed foreigners sitting front and centre.

According to the Star, Pietro “was the better of the two by great odds according to the residents of Little Italy.” Apparently, in the wake of Pietro stabbing her in 1910, public support was overwhelmingly with her husband, and the Sault Daily Star stated that “it was evident that the crown officials looked on Mrs. [Napolitano] as deserving of all she got.”

The Star went on to describe the murder as “cold blooded,” discussing how she “actually sharpened the axe and put it carefully away in preparation for the deed” before “smashing his head.” The column read that “a more thoroughly depraved human being it would be hard to imagine than this taciturn coarse woman.”

In August of 1911, Angelina Napolitano gave birth to a healthy baby girl. Later that month, with approximately 100,000 people showing support for her in the form of letters and petitions, Angelina Napolitano’s death sentence was commuted. She received life imprisonment – or, practically speaking, 20 years in the Kingston Penitentiary.

After serving eleven years in Kingston, she was released on parole in 1922. A decade later, she passed away near Kingston, Ontario. However, her case lives on – as the first Canadian woman up on murder charges to use the battered woman defense, as an impressive mobilization of the feminist movement in North America, and through the locally-filmed movie Looking for Angelina.