Falling in love with trail running 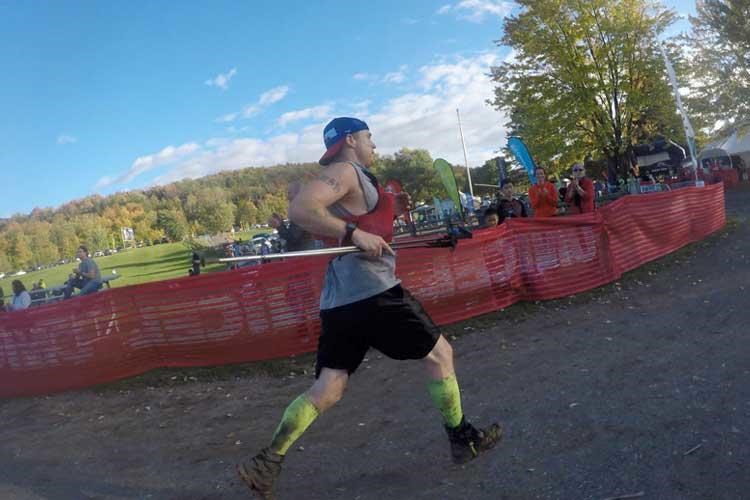 I am not a fast runner. I am no elite athlete. I will never finish first in any race, and I am not particularly blessed with natural talents for this sport. I’m still pretty chunky. Really only started doing this three years ago to essentially “run” from a potential diabetes problem.

I was at 260 pounds three years ago. The doctor said shape up or go right ahead and secure your residence in Diabetes-ville for the rest of your life.

At that point, I made a decision to live. It was time to get healthy. I quit smoking and drastically changed my eating habits. Actually won a gym membership at the YMCA! Now that’s luck! Or coincidence?

The largest part of the equation for me being diabetes-free today is falling in love with trail running when I moved from Kingston to the Algoma Region for work shortly after that fateful doctor’s appointment.

A lot of people hate running. I get it. I hated it too. So hard, right?

So hard physically, but often it's the mental game that will derail any successful bonding with running.

Two years ago, my in-town city running routine was getting boring. Running at lunch. Queen Street to Algoma University and back three times a week. Pavement and cars all the way.

I had bought a house out in Goulais River but for some reason I never ran out here. So, so many hills. Much easier to run on flat ground in town, right? I had never even considered running the Stokely Trails, which are filled with some of the top peaks in Ontario. I would not be touching those. Way too hard. Not for me. #imafatguy

I never pushed myself with my running. I was running, yes. Diligently. However, I always found a way to do the minimum and call it a day. I still did it though, right?

I ran 10 km. Not hard, or the best I could, but I ran it three or four times a week. I was doing more than I had before. That’s still pretty good! I saw progress and was very happy with my weight loss results in that manner. I kept running from the diabetes.