The case for immigration post-COVID-19 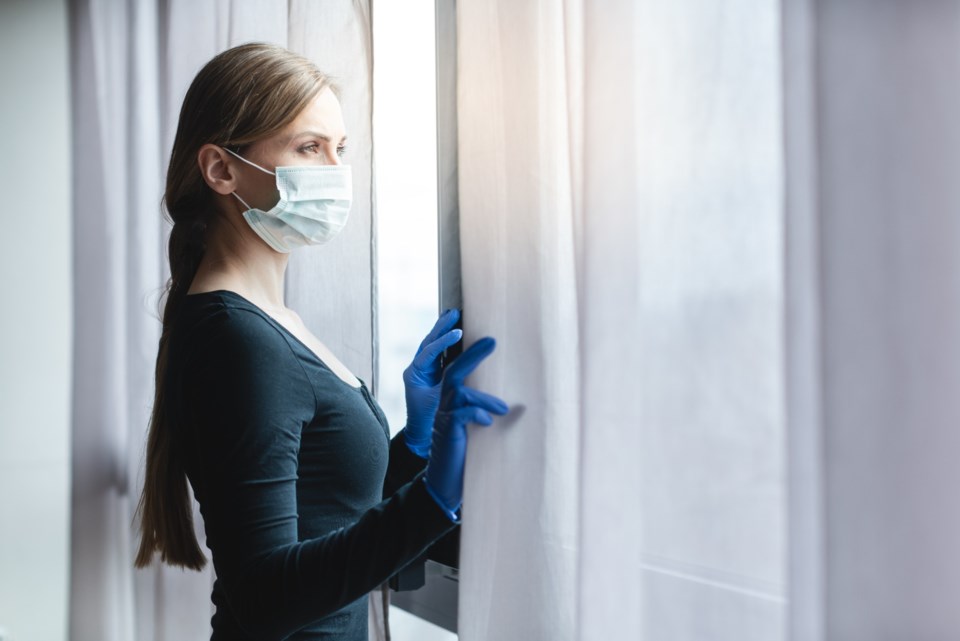 The impacts from COVID-19 are and will continue to be felt in Northern Ontario. In the months ahead, policy makers, municipal leaders, and community-members will be asking questions about just how badly this pandemic will affect communities and, perhaps more importantly, how to move forward.

But, in deciding how to strategize for the future, one thing should be certain: immigrants must be included in our strategy.

On March 12th, the federal government released its 2020-2022 Immigration Levels Plan, which plans to increase the number of new permanent residents by 10,000 each year from 2020-2022. Though, this announcement was understandably overshadowed by the economic and social situation facing Canadians right now.

It is still too early to tell what exactly the economic effects of COVID-19 will be in Canada. Due to recent economic shocks, including the rail blockade protests, collapse of oil prices, and COVID–19, the Conference Board of Canada (CBOC) predicts that the country is teetering on the brink of a recession. Employment levels in a number of industries, including food and accommodation, culture and recreation, and the oil and gas industry will likely fall. This impact can already be seen in the airline industry. Some have even predicted that the economic collapse ahead will be worse than the 2008 financial crisis. Others are questioning whether the unprecedented volatility of the stock market justifies a temporary shutdown.

With all this economic uncertainty, the argument can certainly be made for lowered immigration levels post-COVID-19. For example, the week of March 15th saw more than half a million Canadians apply to employment insurance. How will the labour market be able to absorb both newcomers and the newly unemployed Canadian population?

Yes, it is true that there may be challenges. Findings of a U.S. study during the 2008-2009 recession show immigrants have a small negative impact on domestic employment in the short run, but not in the long run. Immigrants themselves may also face lowered income if they are settling in Canada around the time of a recession. A Canadian study found that the 1990-91 economic recession had negative effects on immigrants’ earnings and earnings growth rates in the ten years following their landing in Canada (For refugees, earnings growth rates did improve, however, it worsened for economic and family class immigrants). However, it should be noted that at the time in 1986, the prerequisite of having pre-arranged employment in Canada was removed.

While the near future may look grim, this crisis can help us understand just how important immigration will be to the Canadian economy in the future, writes Kareem El-Assal, Director of Policy & Digital Strategy at CanadaVisa. Canada’s immigration policies are largely proactive in nature. This means that even if an immigrant arrives in a time of economic crisis, the expectation is that they will contribute to economic growth in the future.

Historically, Canada had a “tap on, tap off” approach to immigration. Meaning that in times of economic prosperity immigrants are welcomed, but numbers are reduced in a recession. In fact, from 1931 until the end of World War II, Canada closed the door to most newcomers. But this policy approach changed in the 1980s.

Why? The answer is that Canada realized that it needed to substantially increase and sustain high immigration levels to combat population decline to generate enough workers to pay for baby boomers’ pensions and health care. This challenge is something many Canadian communities will need to grapple with post-COVID-19. The CBOC estimates that if Canada stopped all immigration from 2017 to 2040, the impacts would be stunning. They predict that Canada’s population would shrink by over two million, 26.9 per cent of Canada’s population would be 65 and over, and real GDP growth would drop from 2.9 to just 1.1 per cent. Further, health care as share of provincial revenue would increase from 35.4 to 38.9 per cent.

Similar challenges present themselves in Northern Ontario. In a 2018 NPI report, Christina Zefi estimates that by the year 2036, most Northern Ontario districts will face a high ratio of dependents to working people, which can negatively impact the sustainability of economies. As such, in addition to ensuring integration of the domestic labour force into the economy, we need to attract and retain eligible migrants as well.

During the 2008-2009 recession, Canada maintained high immigration levels. In fact, newcomers that came to Ontario’s northern regions during the recession (2006 to 2010) and in the aftermath of the recession (2011 to 2016) had comparable employment rates to non-immigrants in 2016. As figure 1 demonstrates, recession-time (2006 to 2010) immigrants in Sault Ste Marie, North Bay, Elliot Lake, Timmins, Kenora, Greater Sudbury, and Thunder Bay had slightly higher employment rates in 2016 than the non-immigrant populations in these communities. What this means is that immigrants who came to Northern Ontario during the recession were employed at comparatively high levels just seven years post–crisis. 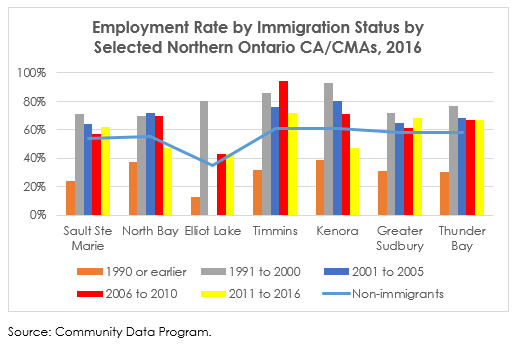 At this time, it is impossible to know exactly how and to what degree COVID-19 will impact northern communities. However, an economic downturn across the country and the world appears likely. There may be differing perspectives on economic priorities post-COVID-19, but Northern Ontario communities should not overlook the continued importance of immigration success in the long-run, as a future without immigrants could certainly set us back a few steps.

Over regulated, under resourced: trading local service boards for regional districts
Apr 24, 2021 8:00 AM