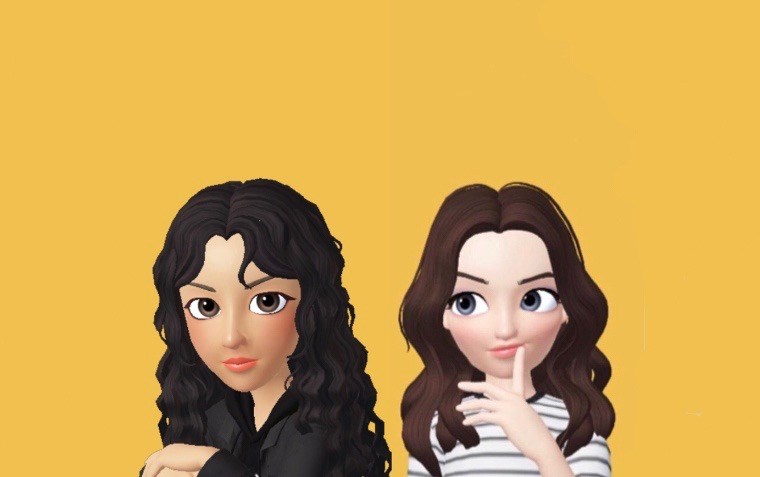 Mindy: Around Sault Ste. Marie you’re known for managing the beloved used record and book store The Rad Zone. I usually share something upcoming to promote, is there anything new you’d like us to mention? I know you now have a clothing store connected to you!

Melodie: That’s all ours! It’s all connected, some people just don’t know about it because it’s like walking through Narnia to get there.

Mindy: Oh, that’s great! I feel terrible that I didn’t know it was opened and a part of the Rad Zone.

Mindy: I would also like to mention to people that you arrived to this interview with a Joan Jett I Love Rock and Roll vinyl record for me as a gift. I cannot imagine a better start to this, I may cry. Okay, now that we’ve established who we’re dealing with today, how does delving into some heavy personal questions sound to you?

Mindy: At what age did you realize KISS is not a good band?

Melodie: They were not made for loving me.

Mindy: What’s a city you would love to visit that you’ve never been to?

Mindy: I’m surprised you’ve never been because you seem like such a New York person.

Melodie: I do have a New York City Library t-shirt! I just really need to go to Strand book store.

It’s like, eight floors, and my image as a kid was living in a penthouse with a fireplace and a massive wall of books and I’d own a huge book store.

Mindy: But you do have a book store! And it’s so unique to Sault Ste. Marie.

Melodie. I do have a book store.

Melodie: Debbie Harry. I’m into the pop aspect, I’m not into like leather jacket, are you tough enough stuff. I love Joan Jett, but I have to say Debbie Harry.

Melodie: Yes! I think she was more a part of the art crowd and that’s more along the lines of what I enjoy.

Mindy: Right, I think also Debbie Harry’s brand is more flexible to evolving, where as Joan Jett started out very young with The Runaways in all black, singing about not conforming, and I think she has stuck to that through the decades and still has that energy on stage at 60, which I personally love.

Mindy: If you could compare yourself to one fictional character, who would it be?

Melodie: Oh, I don’t know. I would have to go through like 10,000 books and get back to you to answer that.

Mindy: No problem. Once you’re done them next week just let me know.

Mindy: What are three of your favourite movies ever?

Mindy: I’d now like to do some basic word association. I’ll also be visually monitoring any facial ticks or physical tells that would suggest you are lying to my face. Just try not to think about it too much and have fun! Ready?

Melodie: Upon a time…

Mindy: Sorry, I was trying to get out of paying $6 for parking at the Hospital when I was preparing these.

Melodie: Steady. Wait, no! That’s Gwen Stefani. I change it to “collection” — I collect rocks!

Melodie: That’s a bad word. I don’t like that word. I’ll say “overused”

Mindy: Complete these sentences: I would sit through any bad musician play for three hours if I knew _____________ was opening for them.

Mindy: I don’t know who that is and I fear that makes me a bad person.

Melodie: He started out in funk and soul and then as he got older he turned into this crotchety old man who looked like he may pee on your lawn if you offended him.

Mindy: I find that attractive.

Melodie: Yes, but he was an absolutely amazing musician. Look him up.

Mindy: If this person came to The Rad Zone, I would probably cry:

Melodie: Yeah! I was at the library and saw the Leonard Cohen biography and said “look what I just found!” to one of the librarians I know and she said, “you know she’s married to Leonard Cohen’s cousin” motioning to a woman that I know who works there, and I literally yelled, “SHUT UP!”

Mindy: Good, she deserved that.

Melodie: She said that he apparently hated all of the covers of Hallelujah!

Mindy: As he should have!

Melodie: And then I was like, “You know when I was twelve, I wanted to kidnap him and keep him in my closet.” And she laughed. Imagine Leonard Cohen living in your closet and singing you to sleep?

Mindy: He would growl talk to you to slumber.

“Goodnight…moon” in a fedora, just chain smoking in your closet.

Mindy: Parents might not love this idea but I do.

Melodie: And that’s what I learned today! Someone I’ve known for awhile now is Leonard Cohen’s cousin’s wife.

Mindy: My three favourite things in the world are…

Mindy: Are they all food…

Melodie: And my boyfriend.

Mindy: They are all sweet! I’m assuming.

Melodie: Wait, can I have four? Add my book of poisons.

Mindy: Of course, we can’t let you lose your street cred.

Mindy: Say I want nothing more than to slam my cell phone on the ground, pick up the glass remains and grind them to a fine sand, then throw said sand over the International Bridge because the constant ability to be contacted at any hour gives me anxiety, should I toss it off the American or the Canadian side?

Melodie: I’ll keep it on the Canadian side.

Melodie: Only because I don’t want to have to go that far onto the bridge. I like to keep my stuff local.

Mindy: Good for you! Plus, if you’re in that state of mind, you just wanna get the job done.

Melodie: Chuck it and run. Which side would you choose?

Mindy: I have moved between countries and I feel like there is no safe place for me.

Mindy: And of course, the most important question: What’s your favourite colour?

Mindy: You were waiting for that question!