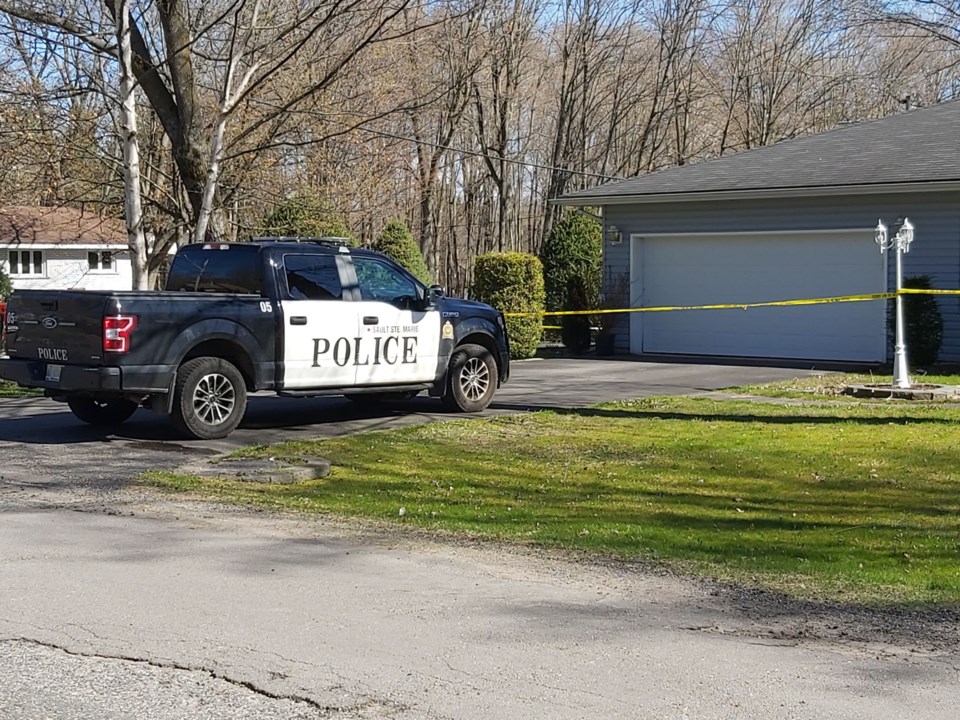 City police on scene at a Foothill Road residence on May 8, 2021.Darren Taylor/SooToday

Over the weekend, two Sault Police vehicles were seen at a residence in the 100 block of Foothill Road late Saturday afternoon.

Police say there is no threat to public safety, calling it an isolated incident.

The police service also stated that identifying information is not being released at this time as officers are attempting to locate next of kin.