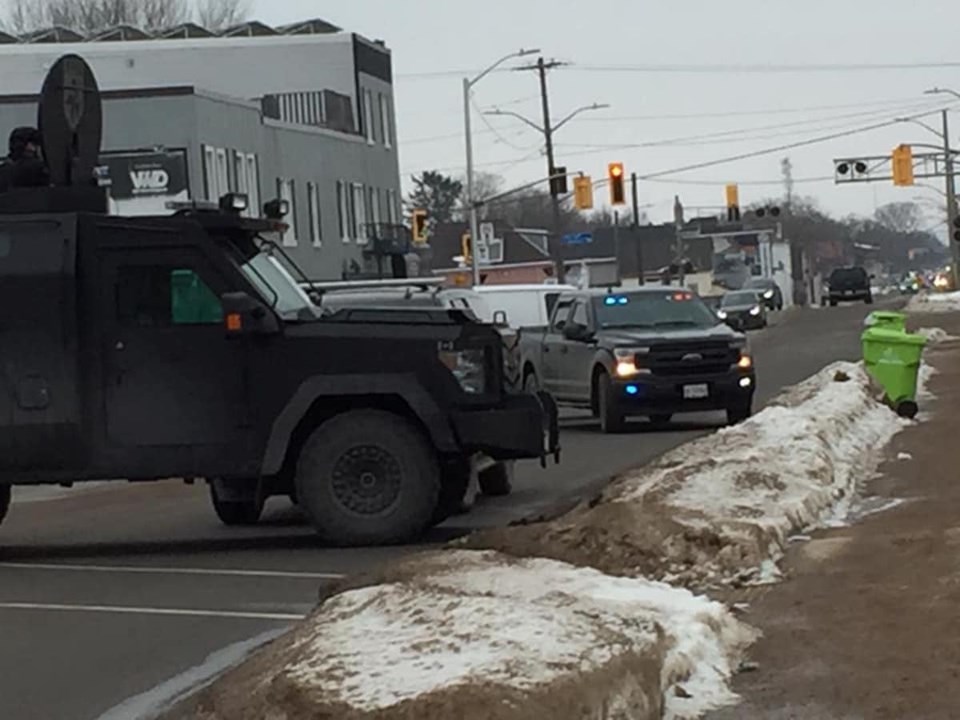 Police responded to a weapons call in the 200 block of Wellington West around noon on Wednesday, Jan. 13, 2021. Photo courtesy of Heather Goodmurphy

A news release issued today by the Sault Ste. Marie Police Service states that the victim suffered serious injuries as a result of the shooting.

On Jan, 19, 2021 officers with Investigation Services arrested 32-year-old Taylor Reid in connection with the Jan. 13, 2021 shooting in the 200 block of Wellington Street West.

It is alleged on Jan. 13, 2021 the accused shot a male victim known to him. The victim was transported to hospital with serious injuries.

At 12:05 a.m. officers located the accused and he was arrested. After his arrest the accused attempted to flee from police in the 700 block of Great Northern Road. Officers quickly apprehended him.