Art Gallery to show not only Group of Seven works for the group's 100th anniversary, but also art inspired by their accomplishments
Jul 15, 2020 10:00 AM By: Mike Hermida 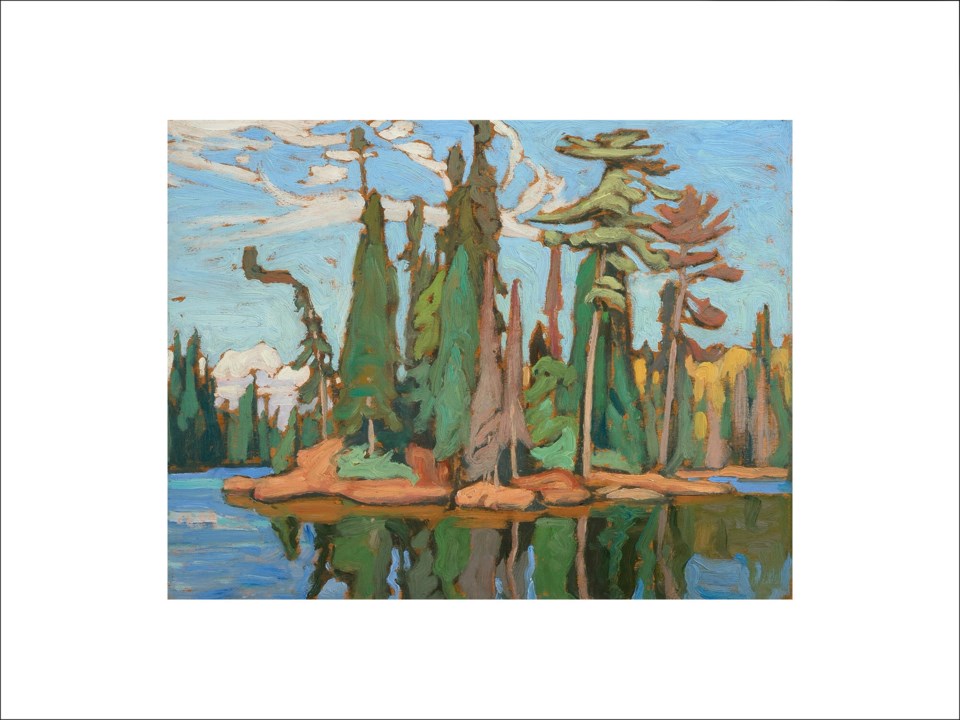 Algoma Sketch 48. Photo courtesy Consignor Canadian Fine Art.
This year marks the 100th anniversary of the formation of the Group of Seven. The Canadian paint team’s legacy on the Northern Ontario art scene is undeniable. As such, it is the subject of the Art Gallery of Algoma’s latest exhibition

As the name suggests, the Group of Seven was a group of seven Canadian landscape painters, active between 1920 to 1922. Much of their work was inspired by the natural scenery found in the Algoma Region. In turn, their paintings influenced countless local artists.

For example, A.Y. Jackson, one of the members of the Group, owned a property on the shores of Lake Superior near Wawa where he took inspiration from the landscape.

Because of the Group’s involvement in the region, the Art Gallery of Algoma is hosting an online exhibit to celebrate 100 years since its formation.

“It’s a twofold exhibition,” said Jasmina Javanovic, Executive Director of the Art Gallery. “The first is a selection of many artists in our collection  [including works by the Group of Seven] about landscapes and Canada. Then there’s a place to submit your own submissions.”

Due to the COVID-19 pandemic, the exhibit – called Algoma Through an Artist’s Eye – will be held virtually on ArtGalleryOfAlgoma.com.

In the same way that the Group of Seven travelled to Algoma for inspiration in the 20th Century, artists from all around the country today come here for the same reason. Their works are equally featured in the exhibit.

Those visiting the Art Gallery can recognize the Group’s influence in landscape paintings with large brush strokes and bright colours. Although each member had their own individual style, all of their paintings are a sort of love letter to Canada’s natural environment. “Even though they followed similar styles, they all had their own specific style and differences,” said Javanovic.

“Overall, it would be the emotions and brushstroke that reflect their feelings about the landscapes they are painting.”

Sault Ste. Marie was especially influenced by the Group: member A.J. Casson opened the Art Gallery in September of 1980.

In addition to the Algoma Region, the Group of Seven also had a major influence on the art world in Canada as a whole.

The art history book Beyond Wilderness posits that the Group of Seven helped solidify the Canadian identity and separate us from Europe and the United States. “In the first half of the 20th Century, art in Canada was focused on a wilderness painting movement,” reads the textbook.

The Group of Seven “set about unmaking and remaking prevailing conventions of landscape painting for the purpose of producing a national art . . . For them, Canadianness was defined by way of northerness and wilderness. The nation, in their view, should shed its Eurocentrism and embrace its northern identity. Wilderness was a source of pride.”

Despite this, the individual artists were harshly criticized for their use of realism before they came together. The art style was common in Europe but was yet to be accepted here.

“In Canada, art critics appreciated realism (which they’re not, their influence was impressionism). When they started off, they were very seriously criticized by everybody. They were not accepted. They had lots of difficulties to break into the way they painted,” said Jovanovic.

“That’s why they formed the group: because they experienced criticism.”

The exhibit will go on until the 23rd of August.