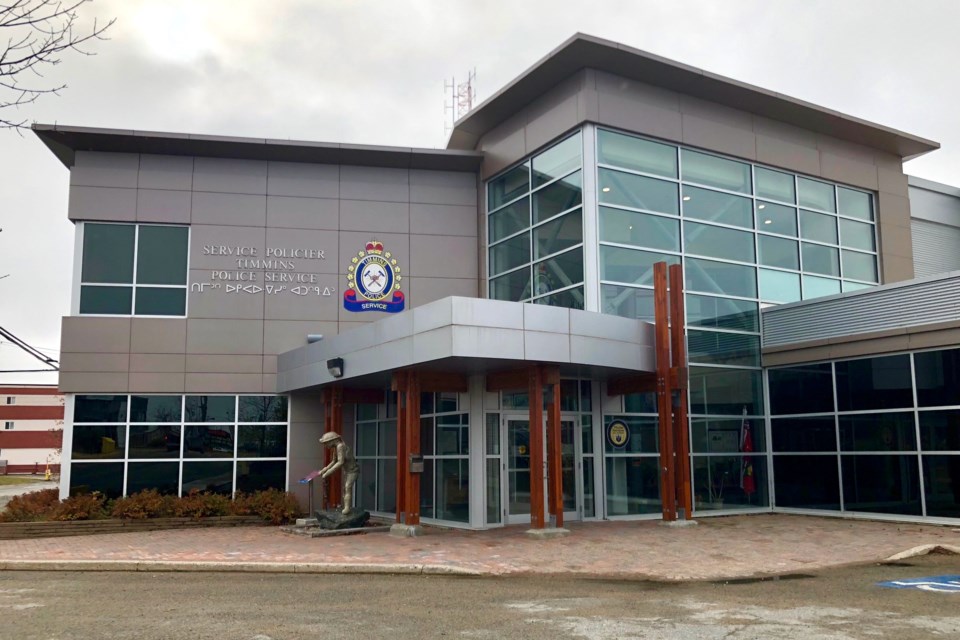 TIMMINS — New details have been provided after the remains of four people were found in a burnt vehicle in a remote area of Timmins.

Timmins Police were alerted to a vehicle fire on Price Road, about six kilometres south of Dalton Road, about 6 p.m. on Friday, April 20. Police believe four people were located inside the vehicle.

At a news conference today, corporate communications co-ordinator Marc Depatie said the vehicle involved was registered to a Timmins resident.

The remains are en route to Toronto for post-mortem examination and the vehicle is being taken to the Centre for Forensic Sciences in Toronto.

While there are still few details available about the victims, Depatie said police don’t believe it is “the act of somebody who will reoffend”.

“The Timmins Police wants to make it very clear that there is no need for public anxiety, there is no concern for public safety linked to this event. Indications are that this is an isolated event and that the person responsible had knowledge of and was familiar to the victims, but that remains something that we are determining by means of investigation,” Depatie said.

He said they are “dealing with a local family and made them aware of our investigation…so that they are braced for the eventual positive identification of these victims.”

“We felt this step was necessary, but again it always hinges on the positive identification of the victims in this particular event.”

He said there were no reported missing persons reported to the service in relation to the case.

“At first blush when the officers first responded, the initial call was a burnt out vehicle so we assumed that it was more than likely just a stolen vehicle from some thrill seekers who chose to set the vehicle on fire afterwards. Obviously that turned into a more demanding set of investigative circumstances based on the fact the officer located human remains within the vehicle,” he said.

Price Road remains closed at its intersections with Dalton Road and Pine Street South. Police are hopeful that the scene will be released within 24 hours.

Depatie also renewed a call for the public’s help to create a timeline.

“The road is used for cottage access and for sportsmen, so perhaps somebody would have seen the vehicle either in Timmins or in the outlying area up to and including Friday, April 20. This will assist the investigators in determining a timeline and assist with the actual events that led up to this tragedy,” he said.

The vehicle involved is a 2004 Chrysler Intrepid that is either blue or green in colour.

Timmins Police are leading the investigation, however do have help from other organizations, including the Ontario Provincial Police, Ontario Fire Marshal’s Office and the Office of the Regional Coroner.

Anyone with relevant information can call Timmins Police Service at 705-264-1201 or submit information anonymously by calling Crime Stoppers at 705-268-8477.

An update on the investigation is expected tomorrow.