Thunder Bay pushing for its own police complaints office

In 2016, Thunder Bay police faced 13 complaints alleging discreditable conduct, five for unlawful or unnecessary use of force, three of neglect of duty and two service complaints
Nov 22, 2017 10:44 AM By: Matt Vis 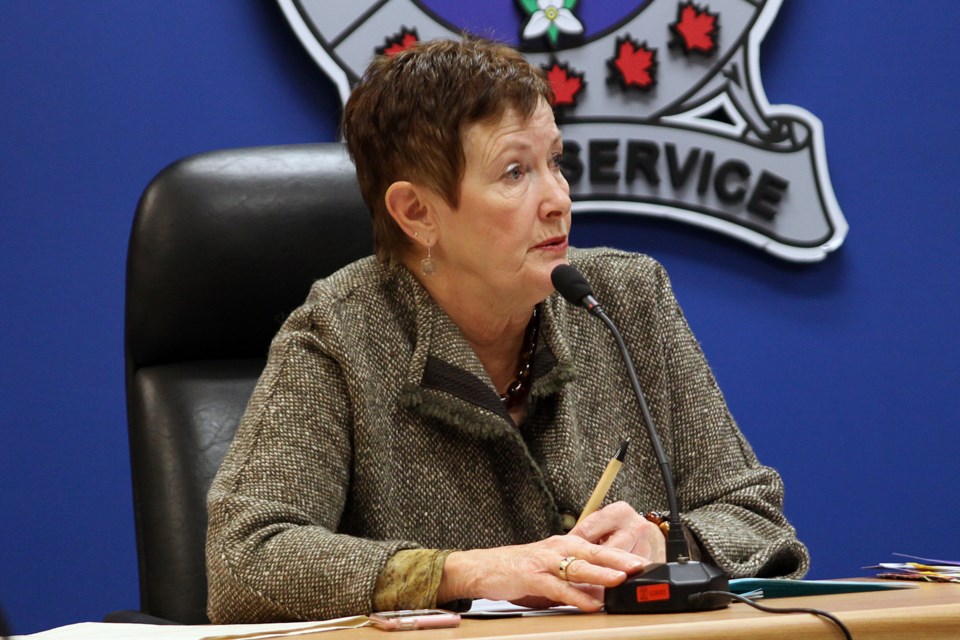 Thunder Bay Police Services Board chair Jackie Dojack was among the board members to vote in favour of a motion to call on the province to have a satellite Office of the Independent Police Review Director in Thunder Bay if proposed changes to the Police Services Act are approved. (Matt Vis, tbnewswatch.com)

THUNDER BAY – Potential provincial changes to how complaints against police forces are probed has prompted the Thunder Bay Police Services Board to call for a local investigative presence.

The board at their monthly meeting on Tuesday morning passed a motion requesting a satellite office be opened in Thunder Bay to investigate complaints if the proposed changes to the Police Services Act announced earlier this fall are enacted.

That legislation, which is still in the hands of provincial politicians at Queen’s Park, would result in the Office of the Independent Police Review Director being rebranded as the Ontario Policing Complaints Agency and would investigate all complaints made against police forces.

“Currently, some come back to individual police services to investigate so in that case it would certainly mean the OIPRD would have quite a volume of cases to deal with,” board chair Jackie Dojack said.

“When an investigation is started, everybody would like to see the investigation completed as quickly as possible. With a huge increase in volume the OIPRD would have to deal with.”

In 2016, 40 complaints were filed against the Thunder Bay Police Service. Those included 13 complaints alleging discreditable conduct, five unlawful or unnecessary use of force, three of neglect of duty and two service complaints. The remaining 16 were screened out and deemed frivolous, made in bad faith or not in the public interest to examine.

“We think there would probably be efficiencies in having a local office so those investigators would live here and investigations could proceed in a more timely manner,” Dojack said. “They could also serve other police services in the north.”

There shouldn’t be any reason to expect the number of complaints against police to decrease as people have increased access to social media and other technology, she added.

BEYOND LOCAL: The recent appearance of unexplained monoliths offers connections to the ancient past
Jan 18, 2021 9:25 AM