ONTARIO: Woman in critical condition after falling down waterfall 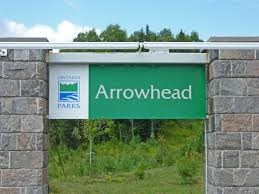 NORTH BAY — Huntsville OPP report that a woman is in hospital in critical condition after falling down a waterfall in Arrowhead Provincial Park north of Huntsville on Sunday.

A caller said that a woman had gone down Stubbs Falls and was caught in the rocks. Stubbs Falls is a popular area for hikers and is located in the park.

The accident happened around 5:30 p.m.

"When the emergency services arrived, they found that the female was completely submerged under the water and she was caught under a larger rock," said Const. Lynda Cranney. "It was learned that she was up further in the falls and had slipped and went down with the fast running water."

The crew was able to pull the woman out and she was rushed to a local area hospital. The 26-year-old woman from St Catherines was then transferred to the Orillia Hospital where she remains in critical condition.

Huntsville OPP along with Muskoka EMS and Huntsville/Lake of Bays Fire Rescue assisted.

"Huntsville OPP would like to thank all the campers and park staff with their assistance in this tragic incident," added Cranney.