ONTARIO: Province to avoid charges for some impaired drivers due to COVID-19 court backlog

The ministry consulted with stakeholders such as MADD Canada, Arrive Alive and the Ontario Association of Chiefs of Police (OACP) about the directive
Oct 16, 2020 9:01 AM By: Global News 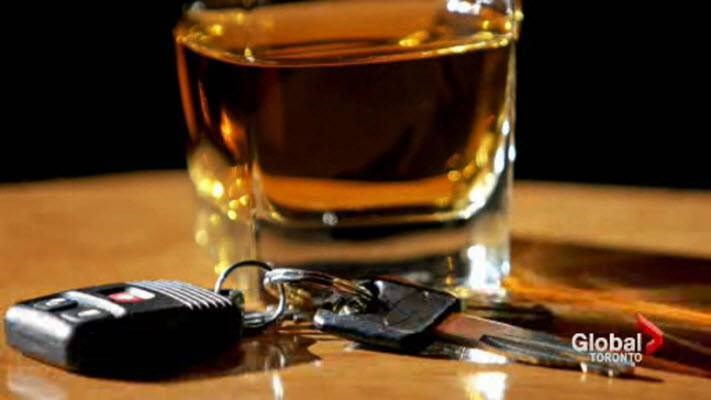 The Ontario government is recommending Crown prosecutors no longer pursue criminal charges against people caught driving under the influence in cases without aggravating factors such as a death or injuries, according to a new directive from the provincial Ministry of the Attorney General.

The government introduced the directive in August to address what it said was a backlog of cases piling up in the courts due to the novel coronavirus pandemic. It would allow prosecutors to settle for a guilty plea to a lesser charge of careless driving, an offence under the Highway Safety Act, instead of pursuing a criminal conviction.

Mothers Against Drunk Driving (MADD) Canada said it’s opposed to plea bargains, but is supporting the new directive because they are concerned that the courts could dismiss thousands of impaired driving cases if COVID-19 restrictions trigger unreasonable delays in trials.

The ministry said that there were already about 6,000 impaired driving cases under review by Crown prosecutors in Ontario, prior to the start of the COVID-19 pandemic.

“We agreed to this simply for the fact that if we went with all 6,000, we might lose all 6,000 so we weren’t willing to take that risk,” said MADD Canada chief executive officer Andrew Murie.

The ministry said it was unable to provide the number of cases, since August, in which prosecutors decided not to pursue criminal charges. But it told Global News that prosecutors were exercising their discretion on a case-by-case basis.

“In general, prosecutors will review all incoming and existing criminal matters on a case-by-case basis to assess the viability of the prosecution and consider all available and appropriate sanctions, consistent with public safety, to resolve eligible cases,” Brian Gray, a spokesperson for the Ministry of the Attorney General, told Global News in an email.

The ministry consulted with stakeholders such as MADD Canada, Arrive Alive and the Ontario Association of Chiefs of Police (OACP) about the directive.

The government explained that a 2016 Supreme Court ruling, known as the Jordan Decision was one of the factors in its decision to introduce the new directive. The court ruling rejected the conviction of a suspect accused of sexually assaulting a child because the trial concluded nearly three years after the charges were laid.

The Supreme Court found this time to be unreasonable and set new time limits for most trials.

“It is important to remember that cases that have been in the system for longer than 18 or 30 months are not automatically stayed. If the defence brings an application for a stay of proceedings based on delay, the court will deduct any time periods waived by defence or defence-caused delay from the total delay time,” said Gray, the ministry spokesperson.

Not everyone is eligible for a plea deal, the directive includes 11 circumstances that would make people ineligible, such as cases involving injuries or death or:

The Ontario Association of Chiefs of Police says it is reluctantly supporting the directive.

“At the end of the day, the OACP agreed through the executive board based on the information we received from our committee members,” said Jeff McGuire, the executive director of the association. “It’s a hard pill to swallow and we understand the reasons and the necessity of this as a temporary measure to give some discretion to crowns.”

According to the Criminal Lawyers Association, one in every five cases before the courts is as a result of impaired driving.

“Prosecuting drinking and driving cases consumes a huge amount of resources in the justice system and one of the reasons is the consequences. Whether you plead guilty or whether you’re found guilty after a trial are almost identical. They come with mandatory criminal records, mandatory licence suspensions and significant insurance consequences, among others, and so it’s not surprising that so many of these cases go to trial,” said Daniel Brown, vice-president of the criminal lawyers association.

Brown says if you “triage cases” like impaired driving, it frees up resources for other cases before the courts that are close to being thrown out due to delays.

“I think there’s room in Ontario to come up with that alternative model for particular types of drinking and driving offences,” says Brown.

British Columbia has already introduced its own system called the Immediate Roadside Prohibition (IRP) to address the issue.

Under this system, a driver found to have a blood-alcohol level over the legal limit is charged under highway traffic legislation. The province will also impound their vehicle and temporarily revoke the driver’s licence.

The prohibition ranges from three to 90 days depending on the circumstances including the level of blood alcohol concentration and whether the driver has been previously charged with impaired operation of a motor vehicle.

The IRP process is done outside the court system. If challenged, it would first go through a government-appointed adjudicator as long as the accused person is a first time offender. If the case involves a repeat offender, they’re charged under the criminal code and the case goes in-front of a judge.

“Immediately in the first year they (B.C.) had a 50 per cent reduction in impaired driving deaths,” Murie said. “We haven’t seen those kinds of decreases in decades and they’ve kept those decreases.”

An accused driver would face up to $5,000 in fines and re-licensing fees. They must also enroll in an alcohol and assessment program in addition to the mandatory installation of an ignition interlock, a device which prevents a vehicle from starting if the driver has been drinking.

The legislation in all three provinces gives police the discretion to decide on immediate roadside prohibition or the option to continue to go through the criminal court process.

“Another thing to balance with that is procedural safeguards and somebody having due process in a court of law and that’s what gets removed from the process,” adds Richmond B.C. based defence attorney Jason Tarnow.

Statistics compiled by MADD Canada show that, on average, four Canadians are killed and 175 injured in impairment-related crashes every day.

“I want people to take a second and think about it before they get behind the wheel and potentially devastate an entire family,” said Justine Ellis, who lost her husband in an impaired driving collision.

In November of 2017, a driver killed Stewart Ellis with a vehicle that was travelling more than 200 km/hr. The driver, Tyler Nielsen, admitted he was under the influence of alcohol and drugs at the time of the accidents. Four months earlier, Nielsen lost his licence after pleading guilty to careless driving.

“He still got behind a wheel and killed my husband four months later so it makes me worried how many more victims are there going to be,” explained Ellis.

“Now that we’re letting these people off, how many more are going to die? How many more families are going to be devastated because of what’s happening in our court system? It’s heartbreaking and I’m terrified for other families.”

Nielsen apologized in court to the Ellis family and received a five-year sentence in March 2019.

Meanwhile, the office of the attorney general states the Ontario directive applies to all cases, not just impaired driving, and will remain in effect until “further notice.”