Based on the most recent data from Statistics Canada, the gender wage gap accounting for the annual earnings of all workers is 29.3 per cent, meaning that women earn about 71 cents for every dollar that men earn
Mar 5, 2019 8:55 PM By: Canadian Press 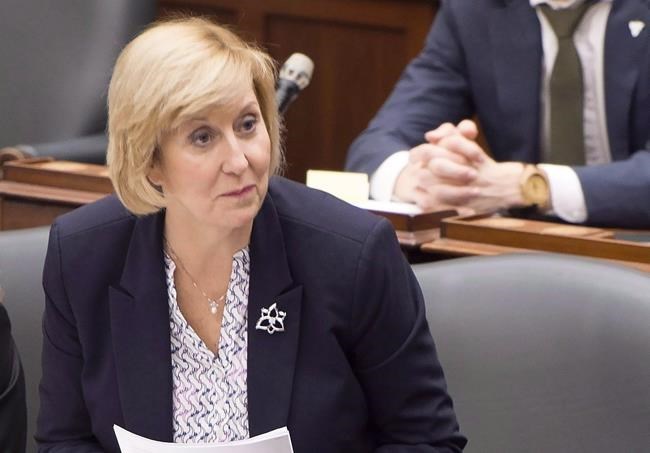 TORONTO — Ontario is gathering feedback on legislation aimed at eliminating the gender wage gap, including asking businesses how onerous pay transparency reporting would be.

The Progressive Conservative government paused implementation last year of a law from the previous Liberal government that would require all publicly advertised job postings to include a salary rate or range, bar employers from asking about past compensation, prohibit reprisal against employees who discuss compensation and require large employers to track and report compensation gaps.

Based on the most recent data from Statistics Canada, the gender wage gap accounting for the annual earnings of all workers is 29.3 per cent, meaning that women earn about 71 cents for every dollar that men earn. The gap for annual earnings of full-year, full-time workers is 22.6 per cent, as more women than men are in part-time work. And when using hourly wage rates, the gap is 11.3 per cent.

Labour Minister Laurie Scott said the Liberals passed the legislation right before the election without any consultations, and she said people affected by the law wanted an opportunity to be heard.

"We're committed to closing the gender wage gap," she said in an interview. "I think taking the time and listening to the many stakeholders about how to do it properly — and how to have, in some cases, interesting ideas that we haven't heard of on how to address the gender wage gap — is valuable."

Under the law, employers with 100 or more employees would have to calculate their wage gaps and report that information.

The consultation questions ask the best way to calculate the wage gap, including if bonuses, overtime pay and commissions should be involved, what the reporting periods should be, and how much time and money it would take to meet reporting requirements.

"If you are an employer with 100 or more employees, how much do you estimate the cost of pay transparency reporting will be," such as IT, software and personnel costs, the consultation paper asks.

"How many hours do you anticipate pay transparency reporting will take in total?"

NDP Leader Andrea Horwath said she is insulted by the questions, and all women should be, too.

"What the message is with that kind of a survey and that kind of a question is that I guess this government believes that pay equity for women is red tape and there's no need to ensure that women have pay equity," she said.

"If we're ever going to get to a place where we have pay equity we need to know what the numbers are."

Scott defended the questions, saying she wants companies to be able to report their wage gap numbers.

"I don't want it to be onerous, but we want as much participation as we can get," she said.

Ashley Challinor, the vice-president of policy at the Ontario Chamber of Commerce, said the organization recognizes the gender wage gap as a challenge and is looking forward to giving feedback.

"Our concern is that this legislation does not interact with the Pay Equity Act, the existing legislation that seeks to address the pay gap," she said in a statement. "This is, unfortunately, an example of layering on of regulation instead of modernizing and streamlining it — which negatively impacts compliance and the effectiveness of the regulation."

Comments on the public consultation are open until April 5.