ONTARIO: Fines possible for those who take down anti-carbon tax stickers, Ford warns 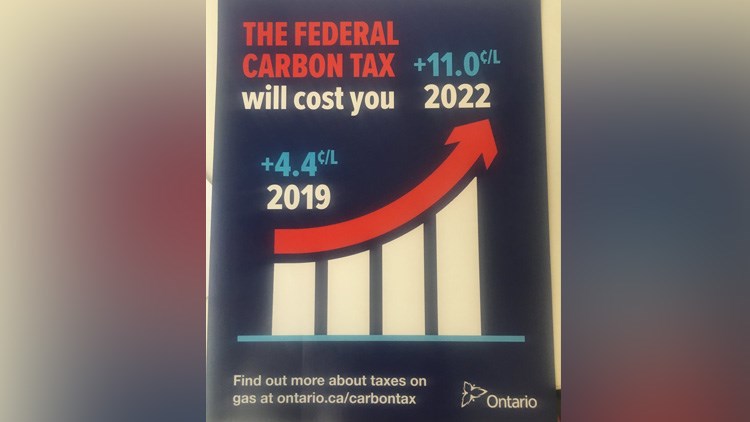 Premier Doug Ford says gas station owners who don't put his government's anti-carbon tax stickers on their pumps will be fined but won't be handed the maximum penalty available.

Ford says his government will enforce a law passed earlier this year that makes the stickers mandatory, but the fines will be less than $500, not the $10,000 maximum.

The law lets the government send inspectors to see if gas stations are properly displaying the stickers and sets out penalties for non-compliance.

The stickers show the federal carbon tax adding 4.4 cents per litre to the price of gas now, rising to 11 cents a litre in 2022.

Stations have to have the stickers in place by next Friday.

WORLD: Can AI flag disease outbreaks faster than humans?
Feb 21, 2020 8:55 PM
Comments
We welcome your feedback and encourage you to share your thoughts on this story. We ask that you be respectful of others and their points of view, refrain from personal attacks and stay on topic. To learn about our commenting policies and how we moderate, please read our Community Guidelines.