Fedeli also said it is premature to say what the cost of moving beer and wine to convenience stores will be
May 29, 2019 10:35 AM By: Ariel Deutschmann 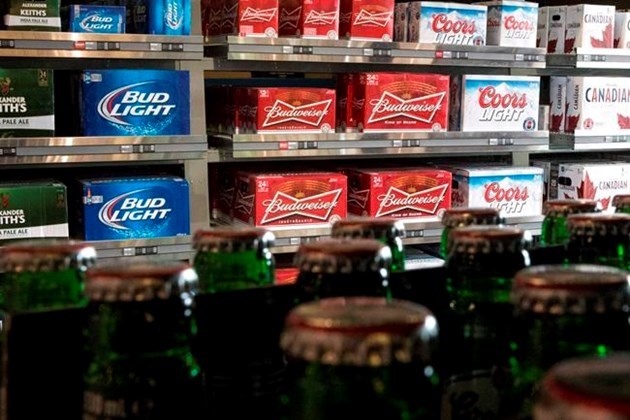 Photo from The Canadian Press

KITCHENER - When it comes to the provincial laws on selling alcohol, Ontario Finance Minister Vic Fedeli emphasizes that the current system is not fair to consumers.

"This isn't just about the beer and wine, it's not just about the choice in convenience," Fedeli told The Mike Farwell Show on 570 NEWS, "It's really about creating fairness for Ontario consumers."

Currently, Ontario has a ten year deal which allows the expansion of beer and wine sales into Ontario grocery stores.

Earlier this week, Premier Doug Ford announced he plans to have beer and wine in convenience stores, but will have to break the current deal made by previous Ontario government to do so.

And the results of this break could mean high costs for Ontario consumers.

The bill will be tabled Tuesday at Queen's Park.

When asked about the cost of moving beer and wine to convenience stores, Fedeli says it's premature to say what the price will be.

"Our parliamentary system gives us that opportunity to legislate an end to bad deals." says Fedeli, " So we will legislate this deal over."

"If we don't do that, this unfair system will continue for six years."

Fedeli said that The Retail Council of Canada stated the increase in beer sales are predicted to lead to 9,000 new jobs and three and a half billion dollars added to the annual GDP.

"You have to wonder why these multinational corporations are so opposed to us," says Fedeli, " The people of Ontario, selling our products in more convenience stores, grocery stores and big box stores."

"It's because their deal right now is so lucrative."

Fedeli also addressed concerns of how businesses feel about the choice, saying that Ontario businesses are supportive of the government's decision.

"And quite frankly, it got a bad deal and we're the government after nine years that's finally going to put an end behind it."

About the Author: Ariel Deutschmann