Platform rolled out just before leaders participate in northern debate.
May 11, 2018 2:50 PM By: Matt Vis 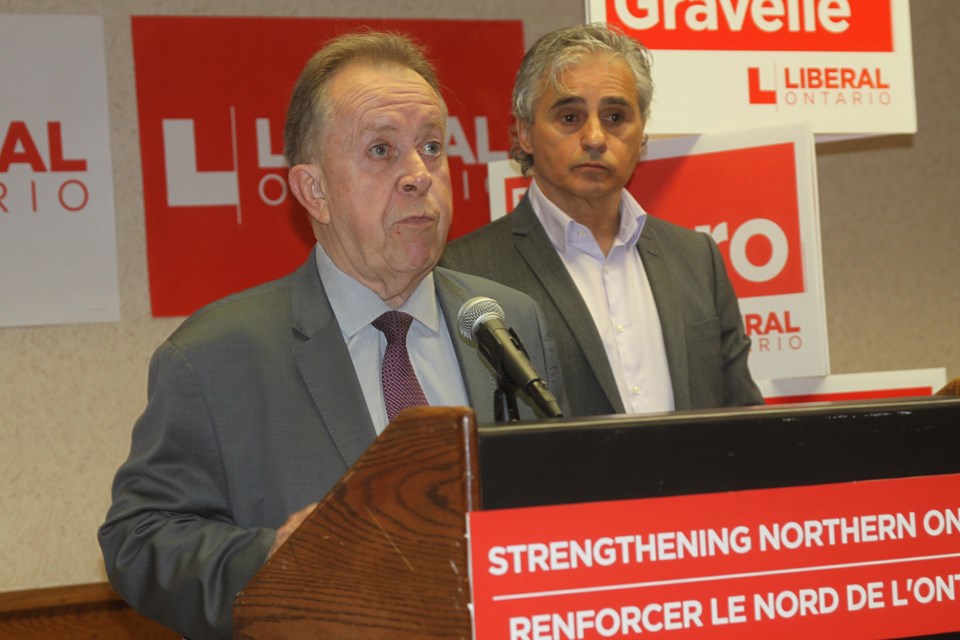 THUNDER BAY – A completely four-lane Trans-Canada Highway throughout the province from the Manitoba border to the Quebec border highlights the Liberals’ plans for Northern Ontario should the party be elected to a fifth term in government.

Gravelle, who is running for a seventh term and has held the Thunder Bay-Superior North riding since it was created before the 1999 election, said the province will put permanent annual funding in place for the multi-billion dollar endeavour and will require support from the federal government.

“It’s a huge project and a long project,” Gravelle said. “It’s one that needs to happen. Northerners need to have the same services and the same safety as those do in Southern Ontario and other parts of the province.”

Gravelle said dividing the highway between Thunder Bay and Nipigon, which began in 2010, has already likely carried a $1 billion price tag and is on track to be completed within the next four to five years.

Twinning the highway between Kenora and the Manitoba border, which had been previously promised as far back as 2009, remains a priority, Gravelle added.

“There’s been lots of work being done on it and significant consultations have taken place as well,” Gravelle said. “We need to continue those discussions but we are keen to move forward with the project.”

Mauro, the party’s candidate in Thunder Bay-Atikokan, said the Trans-Canada commitment includes continuing the process to overhaul the intersections along the Thunder Bay-Expressway from Arthur Street to Balsam Street.

“We’re four years advanced on that project. It began four years ago with $4 million for environmental assessment work. That’s done. Preliminary design is done,” Mauro said. “Those six interchanges are very worrisome for me. I travel that road like a lot of us do. We need to change and do something different there.”

The Liberals plan includes the creation of an independent watchdog commissioner to oversee gas prices, whereas the NDP have pledged to regulate prices at the pump.

“We’ve looked at what happens under regulation and prices tend to be regulated at a higher level,” Gravelle said. “We think it’s more effective to put in place a gas price watchdog commissioner who can have the authority to compel the companies to justify their pricing. We think that will bring prices down in a substantial fashion and we’d like to see it happen as soon as possible.”

Mauro and Gravelle said the Liberals would also bring winter highway maintenance back under public control when private contracts expire. The NDP have promised to review contracts to look for early termination provisions to transition highway snow plowing back as a public service.

The platform also includes a goal of hiring 5,500 personal support workers that are desperately needed across the province, particularly in Northwestern Ontario. St. Joseph’s Care Group has been unable to open a wing of their Hogarth Riverview Manor long-term care home due to lack of staffing.