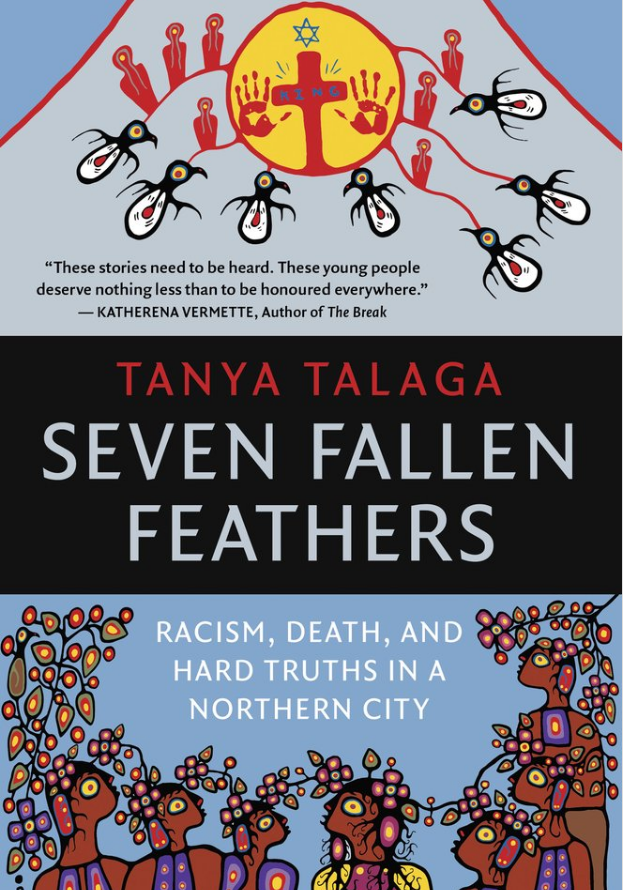 Journalist Tanya Talaga's book focusing on the deaths of seven Indigenous students in Thunder Bay is one of five finalists for the Hilary Weston Writers' Trust Prize for Nonfiction.

The investigative reporter for the Toronto Star is the author of Seven Fallen Fathers: Racism, Death and Hard Truths in a Northern City.

It was named Wednesday as a finalist for the $60,000 prize, the richest annual literary award for a book of nonfiction published in Canada.

The publisher, House of Anansi Press, describes the work as a searing critique of Canada's ongoing colonial legacy.

It explains that the book "delves into the history of this small northern city that has come to manifest Canada’s long struggle with human rights violations against Indigenous communities."

In his review of Seven Fallen Feathers, CBC journalist Duncan McCue refers to its depiction of the situation in Thunder Bay this way: "Police indifference, bureaucratic ineptitude, lateral violence — it doesn’t have to be this way. Let this book enrage you — and then demand that Canada act now."

In 2015, Talaga was part of a team that won a National Newspaper Award for a series of stories on missing and murdered Indigenous women and girls.

Talaga's great-grandmother was a residential school survivor, her great-grandfather was an Ojibwe trapper and labourer, and her grandmother is a member of Fort William First Nation.

The winner of the prize will be announced at the Writers' Trust Awards ceremony on Nov.14.

BEYOND LOCAL: Study suggests average human body temperature is lower than it used to be
Jan 17, 2020 9:25 AM