BEYOND LOCAL: With a plant-based protein revolution upon us, should vegans rethink advocacy tactics?

Times have changed, Dalhousie prof says, and it is time to retire 'meat is murder' campaigns
Aug 7, 2019 8:55 PM By: The Conversation 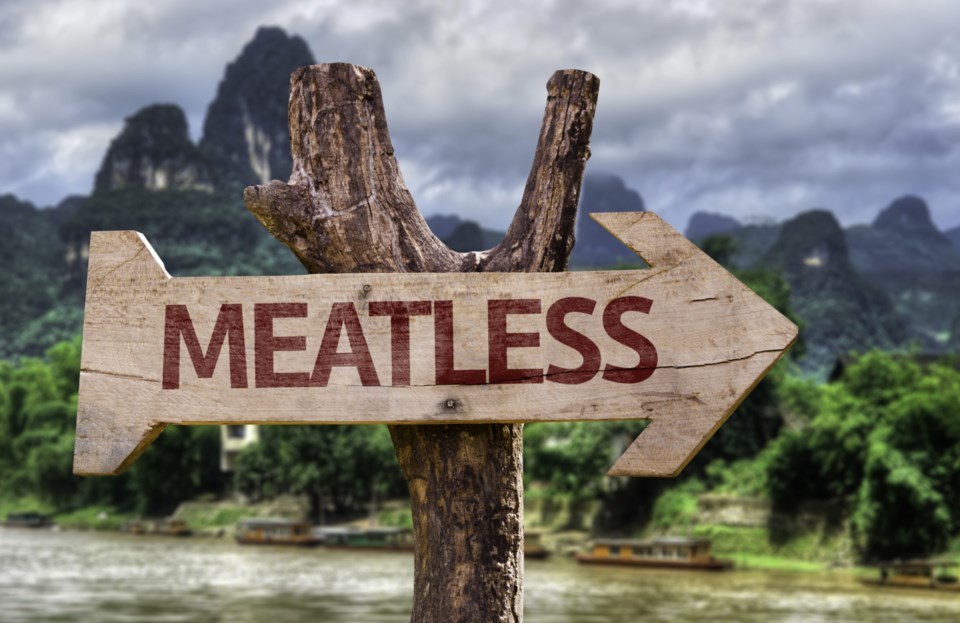 This article, written by Sylvain Charlebois, Dalhousie University, originally appeared on The Conversation and is republished here with permission:

Vegan groups have been using billboards in Canada’s Atlantic region to denounce dairy farming practices and warn consumers that dairy is scary.

Some of these ads show a picture of a young calf, saying that someone took its mom, its milk and then its life.

All this s meant to encourage people to switch to a plant-based diet. But these tactics also risk widening the divide between anti-meat advocates and barbecue enthusiasts, especially during these summer months.

Canada is home to about 460,000 vegans, according to the latest estimates by Dalhousie University; the study also finds there are almost 2.7 million vegetarians in Canada. That number is increasing, and it’s estimated that the number of Canadians going meatless or eating less meat could exceed 10 million by 2025.

The rise of plant-based diets — and the growing number of vegans — has allowed them to openly embrace their food preferences and restaurants and food manufacturers are obliging them. For years, most consumers adhering to a strict dietary regimen without meat had to make most of their meals at home.

With the help of Beyond Meat and other players, plant-based diets are now socially normalized.

Plant-based diets are trendy, hip — and they’re threatening the meat industry across the country.

Beef producers in Québec are now challenging the nomenclature of the plant-based category, stating that Beyond Meat, the name itself, is unlawful. It will be interesting to see how the Canadian Food Inspection Agency deals with the complaint. Given that Beyond Meat is in fact a brand and would be out of the agency’s scope of action, the Beyond Meat name will probably remain. The menace for the cattle industry is real, and many should expect a slew of plant-based products to enter the market.

But vegans — consumers who follow a strict lifestyle and are perceived by some to be on a mission — have not been terribly vocal these past few years. Most of them were going about their business as the plant-based wave was building.

Historically, this group marched on a “meat is murder” campaign, and it worked for a small minority. Even if meat remains a moral issue for vegans, moral appeals can work on some people but backfire with others. Such an approach by vegan activists is very 1980s, and passé. Vegan groups should remember that some believe veganism is a type of cult driven by ideology.

We’re all different, and we look at the ethical and moral issues around meat eating in different ways. Studies have shown that brain scans of vegans and omnivores differ from one another when test subjects are exposed to images of animal violence or suffering.

Food manufacturers are now looking at proteins overall as a new frontier. Maple Leaf, Cargill, Tyson and Nestle are all bracing for the plant-based tsunami and are trying to figure out what the protein market will look like in the future.

The world has changed, and there’s no going back. Plant-based diets are slowly going mainstream. The entire food supply chain, from farm to fork, is adapting to consumer demand for alternative sources of protein.

But the “dairy is scary” ads used by some vegan groups ignore what the food industry is trying to accomplish — that is, offering a more diverse supply of proteins to a highly fragmented marketplace. I believe vegans tarnish their cause when activists put the livelihoods of farmers at risk and use guilt tactics on consumers celebrating whatever food they choose to eat.

When consumers aren’t respected for the food choices they make, and when farmers aren’t appreciated for the work they do and instead are publicly shamed, everyone loses.

If pro-veganism campaigns are in bad taste, veganism could have a lot to lose, as we all do. I’m convinced the market needs vegan activists who are rational and present their ideas thoughtfully, with the intent to educate, so that we can learn from each other.

For the longest time, vegans were so provocative that they were, for the most part, systematically suppressed.

Times have changed. And so too should vegan activism.