BEYOND LOCAL: Poll suggests Canadians support professor's use of offensive language, in context

The survey found 75 per cent of respondents agreed that freedom of expression at universities must be protected to allow for the exchange of ideas, including the use of certain culturally insensitive words if meant to stimulate discussion
Oct 29, 2020 9:25 AM By: Canadian Press 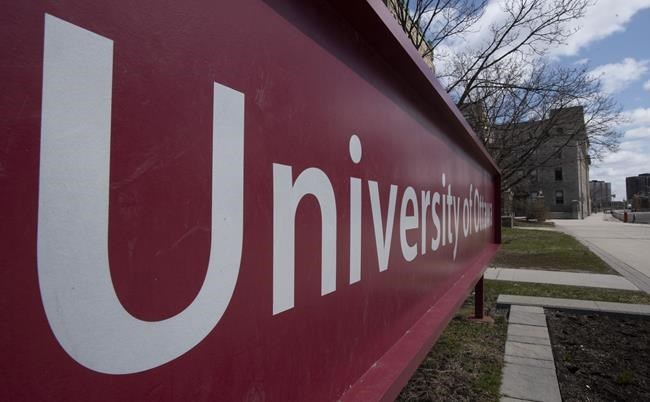 OTTAWA — A new survey suggests Canadians are broadly supportive of freedom of speech on university campuses, at all costs.

The poll comes as debate continues over a case at the University of Ottawa involving a professor who used one of the most notorious racist terms for Black people as part of a class discussion on how some communities have reclaimed terms over time.

The survey from Leger and the Association for Canadian Studies found 75 per cent of respondents agreed that freedom of expression at universities must be protected to allow for the exchange of ideas, including the use of certain culturally insensitive words if meant to stimulate discussion.

Fifty-seven per cent of those surveyed supported a professor using those words in the appropriate context, while 26 per cent were supportive of the students who had protested the fact the word was used.

A student complained last month that part-time professor Verushka Lieutenant-Duval used the word during a discussion in an art and gender class.

After the complaint, the professor had apologized and invited her students to have a followup discussion. The university suspended her for two weeks.

The move was polarizing, with some faculty coming out swiftly and strongly in support of Lieutenant-Duval and academic freedoms, while student groups and anti-racism advocates supported her suspension.

The professor later told Radio-Canada had she realized the harm it would cause, she would have found another way to have the discussion in an academic context.

Another group of academics suggested Tuesday finding that path forward is essential, as they added their voices to a chorus of professors who have denounced Lieutenant-Duval's suspension.

Several law professors at the University of Ottawa published an open letter saying a climate is being created where "we can harass, intimidate and ostracize colleagues who have done nothing" but speak reasonably in their courses, and it is placing a chill on academia.

Sixty-four per cent of those surveyed by Leger agreed with the statement "the political correctness movement has gone too far and the recent events on our campuses are the reflection of a movement gone astray."

The survey of 1,523 Canadians was carried out online between Oct. 23 and Oct. 25 and cannot be assigned a margin of error because online surveys are not totally random.

Politicians have also been pressed on their response to the issue, both as a question of freedom of expression on campus but also as one element of the ongoing debate over how to eradicate systemic racism in Canada.

Prime Minister Justin Trudeau was asked again about the issue Tuesday and said Canadians must be willing to listen to those hurt by the use of the word, even if it is used with good intentions.

This report by The Canadian Press was first published October 27, 2020.