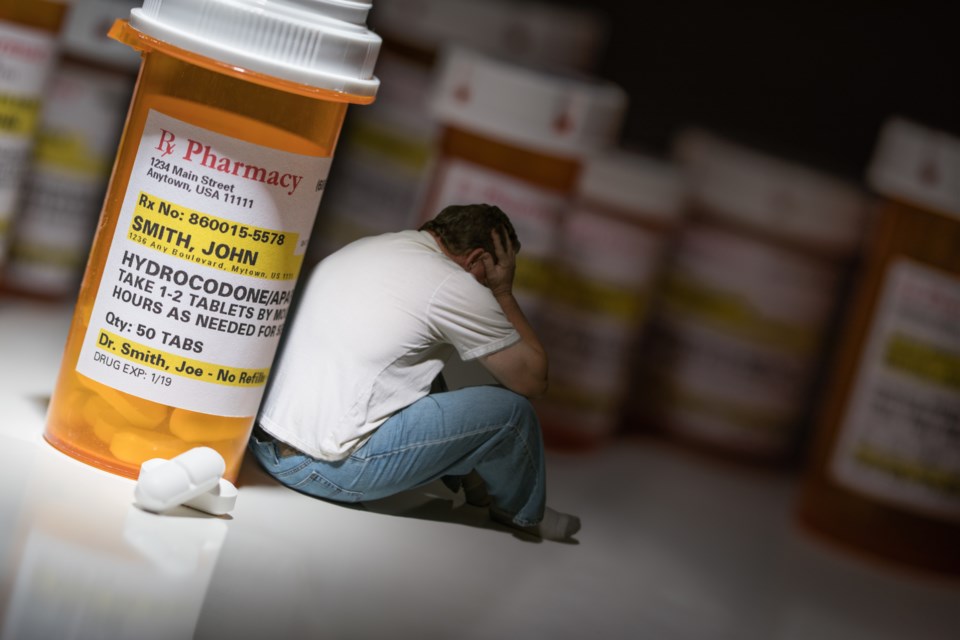 This article, written by Inderveer Mahal, University of Toronto, originally appeared on The Conversation and is republished here with permission:

Ontario is undoubtedly in the midst of an opioid overdose crisis. From January to September 2018, an incredible 1,031 Ontarians died of an overdose.

The number of deaths in the province is second only to the 1,155 deaths in British Columbia, dubbed the “ground zero” of the overdose epidemic in North America.

Yet with no signs of the crisis slowing down, the Ontario government announced in April that they would abruptly halt funding for several safe injection sites — an unprecedented and dangerous step backwards in curtailing the public health emergency.

Opioids in the illicit drug supply

Opioid use disorder (OUD) is one of the most challenging and dangerous forms of addiction facing the Canadian health-care system.

It is a chronic, lifelong illness that leads to severe withdrawal symptoms — including vomiting, diarrhea, pain, anxiety and intense cravings — when regular users abruptly stop using opioids. Because the symptoms are so intense, it creates a strong motivation to continue using opioids to prevent withdrawal.

During my training as a family medicine resident I distinctly remember a patient telling me: “No words can describe how excruciating the withdrawal is.”

With an infiltration of cheaper, highly potent opioids such as fentanyl and carfentanil into the illicit drug supply, patients using these drugs have been dying at unprecedented rates across Canada. The most recent statistics are mind-boggling: 10,300 Canadians have lost their lives between January 2016 and September 2018 alone.

In 2003, North America’s first medically supervised and federally sanctioned safe injection site (SIS) opened in Vancouver. Back then, it was already well established that patients with OUD needed support through the entire trajectory of their disease, not just when they stopped using and were in remission.

Known as Insite, the facility was a controversial public health intervention aimed at reducing death and harms — including the transmission of HIV and hepatitis C from shared needles — among those battling addiction.

Insite allows users to access clean supplies and inject in a supervised setting with trained professionals who can act immediately to reverse an overdose. Since opening in 2003, 3.6 million patients have injected under supervision at Insite alone. There have been 6,440 overdose interventions and zero deaths

In fact, a landmark 9–0 Supreme Court of Canada decision in 2011 ruled that barring safe injection sites was unconstitutional as it deprived Canadians of life-saving medical care.

With the robust data supporting the utility of SIS as an effective intervention in preventing overdose-related deaths, multiple provinces, including Ontario, have incorporated them as part of an overarching harm-reduction strategy.

For safe injection sites to work, however, they must be brought to and located in the communities where injection drug users live. After the opening of Insite, there was an incredible 35 per cent reduction in the number of overdose-related deaths, but only within 500 metres of the facility. The fatal overdose rate in the rest of the city decreased by only 9·3 per cent.

In cities such as Toronto, where many users live in close proximity to one another, that means several safe injection sites are needed within a small radius.

In light of this, Doug Ford’s government is misguided in trying to trying to justify the elimination of funding simply because there are “four sites within a kilometre in one neighbourhood.” This argument is in direct contravention of the latest evidence-based best practise in preventing Canadians from dying.

Equally as important is battling the deep-rooted stigma of SIS and supporting the marginalized populations they serve. The misconceptions that they promote drug-use and increase criminal activity in the surrounding neighbourhoods have long been dispelled.

Overall, they are one piece — an important death-preventing one — of an integrated approach to a complex medical illness.

I spoke to Dr. Eileen de Villa, Toronto’s Medical Officer of Health. She was adamant that these are “preventable deaths,” adding, “the reality is, we need more of these evidence-based and life-saving services, not less.”

For communities to respond to the overdose crisis, life-saving services need to be maintained and new ones need to be opened based on need. Arbitrary caps on the number of SIS in Ontario, such as the proposed 21 by the Ford government, is short-sighted at best and cruel at its worst.

Controlling the “defining health crisis of our time” will require public policy makers to understand the complexity of opioid use disorder and ongoing communication with front-line workers and patients caught in the grips of the disease.

Currently, there is an isolated, unilateral and non-evidence-based approach to harm reduction in Ontario. If this is not rectified, the consequences are clear: more preventable deaths and more devastation for Canadian families.