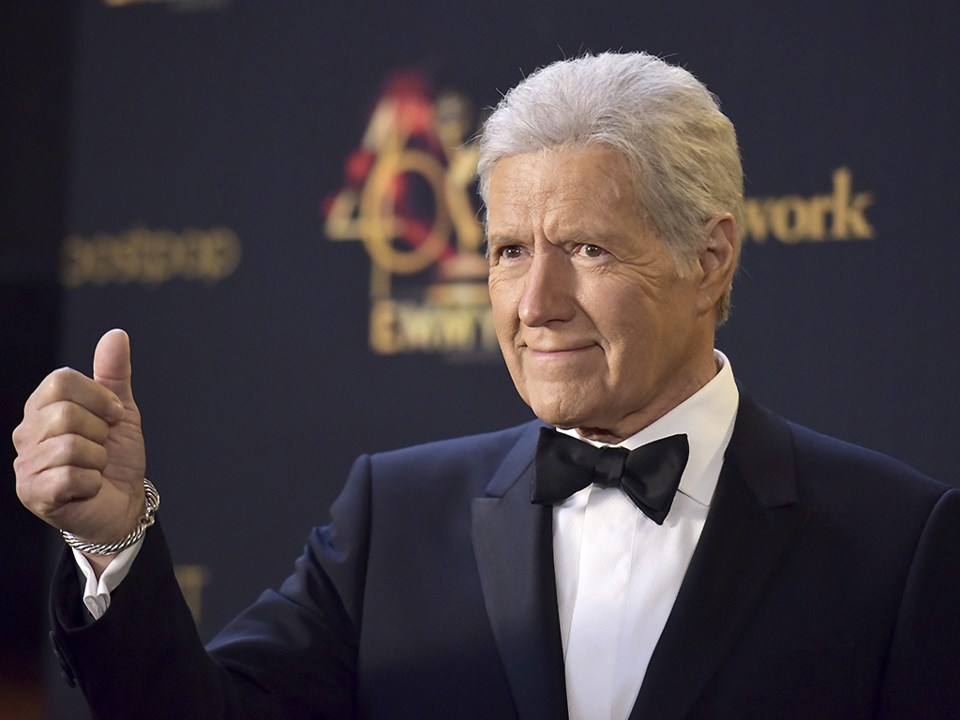 In what can only be described as outstanding news, Alex Trebek revealed Wednesday that his health has taken a very positive turn.

In early March, the longtime Jeopardy! host disclosed that he’d been diagnosed with Stage 4 pancreatic cancer, an illness with a grim prognosis and an approximately nine per cent survival rate.

Now, just over two months later, the 78-year-old Trebek’s outlook isn’t so dark: according to his doctors, he’s in “near remission,” and has been responding very well to chemotherapy.

“It’s kind of mind-boggling,” said Trebek. “The doctors said they hadn’t seen this kind of positive result in their memory… some of the tumours have already shrunk by more than 50 per cent.”

The jovial host says that while he’s overjoyed at his progress — he shed “tears of joy” when he found out the good news — he’s not getting ahead of himself. He still has multiple rounds of chemotherapy to endure.

In early May, during his first televised interview following his diagnosis, he explained that he’s been feeling a lot of different emotions that he’s not used to experiencing.

“Chemo affects people in different ways, and people have to understand that,” he said during the interview. “There’s nothing wrong with saying, ‘Hey, I’m really depressed today and have no idea why. Why am I crying today?'”

He credits his fans and well-wishers around the world for his remarkable improvement.

“I’ve got a couple million people out there who have expressed their good thoughts, their positive energy directed towards me and their prayers,” he said. “I told the doctors, this has to be more than just the chemo, and they agreed it could very well be an important part of this. I’ve got a lot of love out there headed in my direction and a lot of prayer, and I will never ever minimize the value of that.”

Pancreatic cancer has one of the lowest survival rates of all cancers. According to the U.S. National Cancer Institute, the five-year survival rate from 2008 to 2014 was 8.5 per cent. Stage 4 is the most advanced form of the disease.

In Canada, an estimated 5,500 people were diagnosed with pancreatic cancer and 4,800 died from it in 2017, according to the Canadian Cancer Society.

Trebek has hosted Jeopardy! since 1984, winning five daytime Emmys for outstanding game show host. He was born in Sudbury, Ont., and attended the University of Ottawa.

He was named an officer of the Order of Canada in 2017.

With files from Kerri Breen