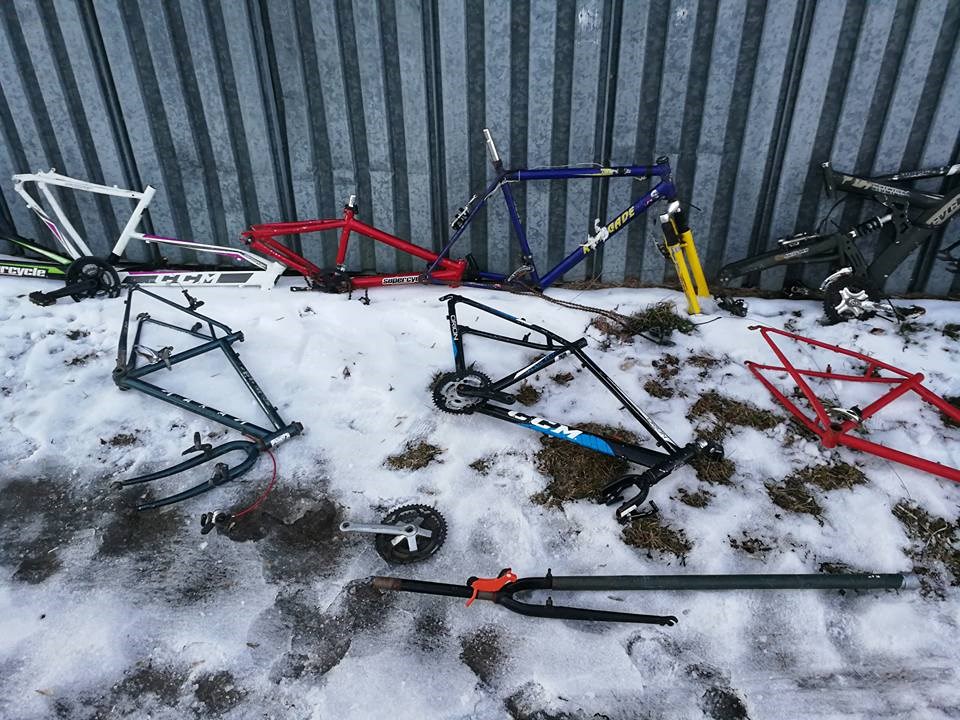 GUELPH — Having your bike stolen sucks.

Ian Keating has seen it time and time again at Backpedalling bike shop, where he works part time: people coming through the door asking if there's anything the shop can do to help after their bike has been stolen.

"In the summer we would have a person a day or a person every other day coming in who had had their bike stolen," Keating said.

The 16-year-old John F. Ross student decided to do something about it, creating the Guelph Bike Theft Reports on Facebook where people can share pictures, messages and serial numbers of their stolen bikes and where others can post where they might have seen a discarded stolen bike.

"It was just because of the sheer numbers of people that would come into my work, talking about how they had lost their bike  and that there's nothing they can do about it," Keating said.

"That kind of frustrated me, to the point that I was going to try and do something about it.

"I want people to know that this is a legitimate problem in this city and let the politicians and the mayor know that we care and we're expecting this problem to go away in the future," Keating said.

From Jan. 1, 2016 to August of 2017 - a period of 18 months - Guelph police report that there were 637 bicycles reported stolen in Guelph, plus another 477 bicycles that recovered that were never reported as stolen.

They’re not always sold for money. Often they’re traded for other things. Bikes have almost become a currency on the street in some circles.

“They’re like like cigarettes in prison,” Dean said, adding that there is definitely a correlation between the increase in bike thefts and the increase in drug use in Guelph.

Bikes get stolen from garages, backyards, porches and any public places, including the University of Guelph and downtown.

Keating hopes if people post pictures of their stolen bikes, the serial number, and report it to police, then if someone sees that bike being ridden around town they can post that on the Facebook page, saying where they saw it.

"Sharing. Just to let people know which bikes they should be looking out for."

Keating, who had two bikes stolen when he was growing up, urges people to report their stolen bicycle and make sure you write down the serial number of your bike.

He also said some people will write a note verifying who owns the bike that they place down the seat post, so that if it ever is stolen, it will help identify the rightful owner.

"I just love to get as many stolen bikes as I can up on the Facebook page so that people know and it brings the odds up of getting the bikes returned."

BEYOND LOCAL: E-mental health a 'young but promising field' gaining traction in COVID crisis
May 26, 2020 8:55 PM