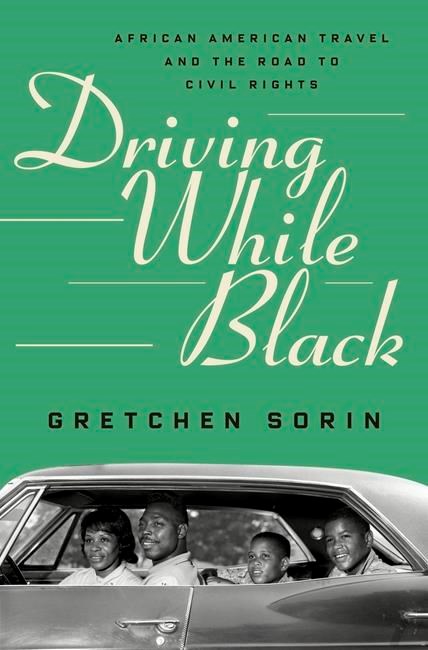 By the mid-20th century, a travel revolution struck Black America and allowed African Americans to move freely throughout a land that had once enslaved their great grandparents. But barriers remained, from segregated hotels to sundown towns (that barred African Americans after dark) and white mob violence that endangered black families just trying to visit a National Park.

“Driving While Black: African American Travel and the Road to Civil Rights,” by Gretchen Sorin, is a riveting story on how the automobile opened up opportunities for blacks in the U.S. The car allowed African Americans to avoid segregated trains and buses throughout the American South and gave blacks a chance to travel across the country. Travel guides presented a modern-day Underground Railroad to show black which hotels and restaurants would serve them. The free movement opened the window to migration across the land and away from Jim Crow, bring in the modern Civil Rights Movement.

Still, the new freedom also presented challenges. “Black drivers could venture unwittingly into the wrong or stop at the wrong places,” Sorin writes. “Black motorists encountered racist law-enforcement officers, racist gas-station attendants, bigoted auto repairmen, threatening road signs, and restaurants that would only serve food to black patrons through a window in the back door.”

The car also didn't offer full protection. In 1946, two young African American couples were pulled from their vehicle by a white mob outside of Atlanta and lynched. Black motorists couldn't shield their children from racist signs and announcements about the Ku Klux Klan controlling the territory they needed to pass.

Sorin's book is one of many recent works examining travel by people of despite discrimination and threats of racial violence. Candacy Taylor's “Overground Railroad: The Green Book & Roots of Black Travel in America,” released last month, looks at how the Green Book, a travel guide for African Americans, helped black navigate segregation and create a network. Rahawa Haile's upcoming memoir, “In Open Country,” uses her 2016 hike of the Appalachian Trail to explore what it means to be a black woman moving through the United States.

In Sorin's work, her prose and talent for turning examples into captivating stories prevent the book from being a mere sociological study of how black travel changed the nation. Instead, she blends her own family's history, and those who experienced the black travel revolution, to make the book enjoyable and noteworthy since it shows how the changes ushered in civil rights. Without a network of black motorists, for example, the Montgomery Bus Boycott following Rosa Park's actions might have failed.

Today, black motorists still have to deal with police encounters that can turn deadly. As Sorin writes, that next chapter has yet to be written.

Russell Contreras is a member of The Associated Press' race and ethnicity team. Follow him on Twitter at http://twitter.com/russcontreras