NEW YORK — The Metropolitan Opera has cancelled performances and rehearsals through March 31 because of the coronavirus. The move was announced Thursday, one day after U.S. President Donald Trump announced a suspension of travel to the U.S.
Mar 12, 2020 3:54 PM By: Canadian Press 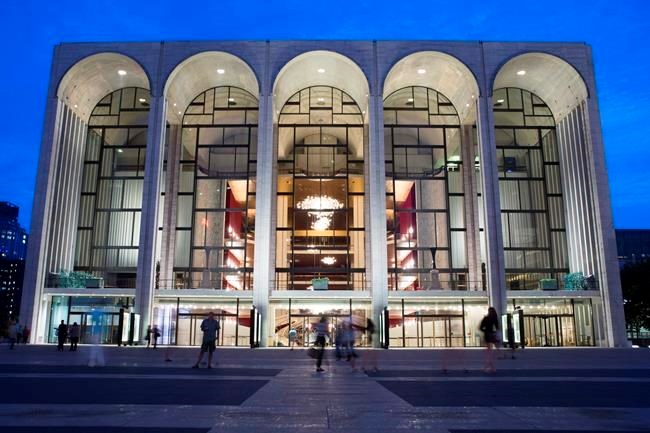 NEW YORK — The Metropolitan Opera has performances and rehearsals through March 31 because of the coronavirus.

The move was announced Thursday, one day after U.S. President Donald Trump announced a suspension of travel to the U.S. from Europe for 30 days starting Friday.

Many of the Met's singers and conductors travel regularly from Europe. Soprano Anna Netrebko posted on Instagram on Wednesday that she would not be to New York for performances of Puccini's "Tosca" that had been scheduled to start March 26.

“With health authorities urging social distancing with greater emphasis, it is simply untenable for us to continue to perform, as it puts our artists, staff, and audiences at risk. I would like to express my deep personal regret that the situation has led us to this point,” Met General Manager Peter Gelb said.

Among the 21 Met Opera performances is this Saturday's matinee of a new staging of Wagner's "Der Fliegende Holländer (The Flying Dutchman)" that was to have been televised to movie around the world. Also was a March 29 recital by soprano Diana Damrau with Royal Opera music director Antonio Pappano at the piano.

Carnegie Hall also announced it was closing its doors at midnight Thursday for all public events through the end of March, cancelling performances from The Philadelphia Orchestra, Angélique Kidjo, the Castalian String Quartet and Musical Armenia.