‘It’s helping those who don’t know where to turn,’ Sault-based Alias Investigations CEO says
Sep 2, 2020 10:00 AM By: Darren Taylor 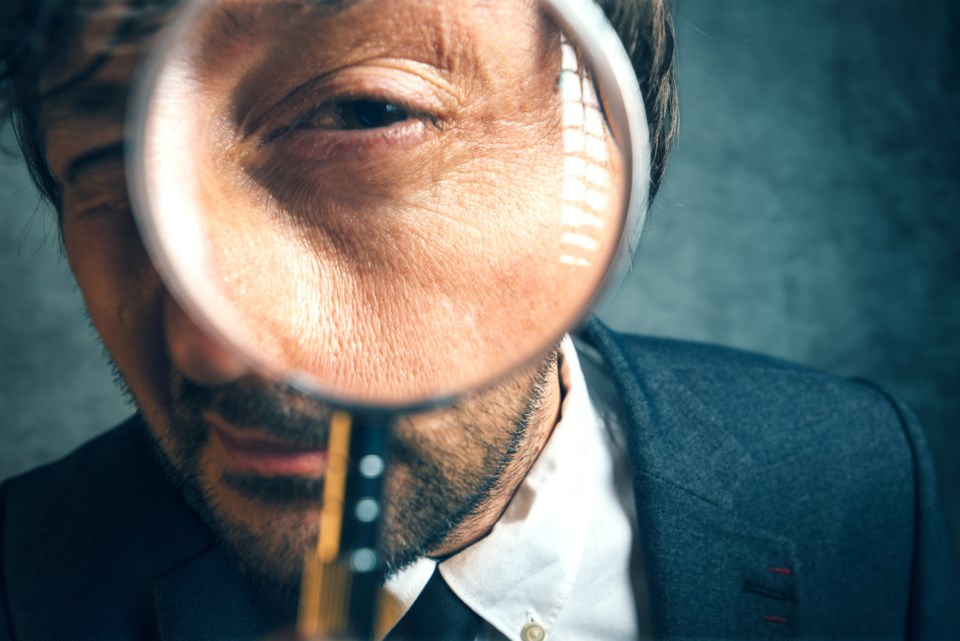 “It’s not like the 1940s or 50s anymore. We don’t wear fedoras or trench coats,” chuckled the Alias Investigations CEO, who identified himself as 'Joe.'

Neither is there a red Ferrari as seen in the original Magnum, P.I. TV series.

What the Sault-based company does is try to help those who feel they have nowhere to turn, such as family businesses being stolen from, or reuniting lost relatives.

And indeed, undercover work is part of what the company’s investigators do.

Alias investigators may use cameras and/or wear hidden microphones.

“If we’re hired (to investigate suspected internal theft) by a restaurant for example, as long as we have permission from the owner and the owner is the only one who knows who we are, we would record or take pictures and observe what we need to observe, but we’re there looking like employees and people don’t know who we are,” Joe said.

Does that mean Joe may have served you lunch and a cup of coffee while undercover?

“Depending on what we do undercover, you can get into situations (that are dangerous). I prefer them (his investigators) to watch all their corners, watch what they say, get the information you can and then get out of there. If it’s a situation that can turn into violence they can defend themselves, but I say ‘don’t go looking for that fight.’”

“Some people can get extremely violent with you. They don’t want to answer questions, they’ll swear, they’ll curse, they’ll take a bat to your vehicle. We’ve had that happen from an individual who didn’t want to get served with papers (involving legal matters),” Joe said.

Alias investigators are not armed but will wear body armour if needed, Joe said.

“If we’re in an area where we know there are gang members, for example, and if you have an idea there could be firearms or knives then I do want them to be protected but I don’t want them interacting. If it’s going to start, just get out of there.”

“We help the individual that is seeking information they need. A lot of them that contact us are ‘lost.’ They don’t know which direction to go. They’re looking for police assistance and they’re not getting it, or not getting enough information from public records or lawyers. They just need that peace of mind,” Joe said.

“There are times when clients are advised by lawyers (to consult with a private investigator such as those at Alias)...(and) there are the ones who are completely and utterly lost and don’t know where to turn.”

“Just recently I had an attorney call me from California. They were searching for individuals who were heirs to property down in the United States. They had tried to communicate with them for two years, and honestly, it took us 45 minutes,” Joe said.

“We did a few basic searches here and there, looked at a few photographs and some identifying information from the attorney himself and we just ended up knowing one of the individuals and went from there.”

“I was able to make contact with them and verify exactly who they were, I put them in contact with the attorney and the attorney was extremely ecstatic about it. It involved an individual who married into a family from the United States and ended up moving to Ontario, and the family had become a bit scattered. There was a brother and a sister I had to locate, so I ended up locating the sister, which was really good,” Joe said.

“We do a lot of family cases. There are a lot of individuals who need help for gaining custody of their children.”

Including Joe, Alias employs four investigators, though he added “sometimes we subcontract to another company and get a few more people, depending on the investigation.”

How does one meet up with a private investigator?

Alias is currently located at a private residence, Joe saying “we want somewhere near the lawyers offices downtown as something permanent.”

“For individuals who communicate with us, when I know that they’re serious and we go through paperwork, I can meet them at the private residence or I can meet them at theirs or somewhere else where they feel safe. A few times we’ve used a meeting room we can rent out for a couple of hours, so there are ways of making the client feel everything is confidential, that not everybody’s going to know their information.”

Private investigators are professionally trained, Joe stating his own training came from The Smith Investigation Agency in Toronto.

Joe said courses are available online, through schools, the courses about 40 hours in length. Further training comes through studying under the supervision of another private investigator.

“In Ontario and all through Canada you actually have to obtain the private investigator’s licence. You can do a security course or private investigations. Any other type of investigations here (at Alias), I prefer to have individuals who have a legal background of some sort, like criminology or criminal profiling, law and security, something that gives you a good understanding of what the law actually stands for and what you’re doing.”

“You’re not just in this thinking you’re Mike Hammer or Magnum P.I.”

Alias has offices in Sault Ste. Marie (its head office) and Barrie, but Joe said his team of sleuths are currently concentrating on the Sault and Algoma district, wary of travelling to the higher-COVID areas of southern Ontario.

“We will travel more, in the Niagara area, Mississauga and Toronto once COVID lifts a little more.”

“The others here, we started in security, loss prevention, one of us has worked in security at the local casino.”

“When we’re interviewing an individual (client) we screen it quite a bit. We’ll look into all the information to see how dangerous it can become. There are situations where it can get dangerous and we try to avoid them as best as possible. It’s not a TV show, it’s not like Hollywood, there’s no gun shooting or anything like that. I have individuals who can protect themselves but we prefer to stay out of that type of situation,” Joe said.

Joe said police are aware of private investigators such as those at Alias and the two entities keep in touch with each other when necessary.

Alias cases can range from what you could describe as small to dramatic.

“We get a lot of weird phone calls. Sometimes I think people think we’re ‘The X-Files.’ We do get some interesting phone calls. The majority of them we can help, some of them we can’t because they don’t make any sense. We get those weird calls where someone asks ‘can I have you go in between this person, talk to this person and tell them to stay out of our relationship?’”

“That’s all it’s about for me. For me, it’s helping those who can’t help themselves, giving people a peace of mind.”