Despite a few broken ribs, this real estate agent loves to play music 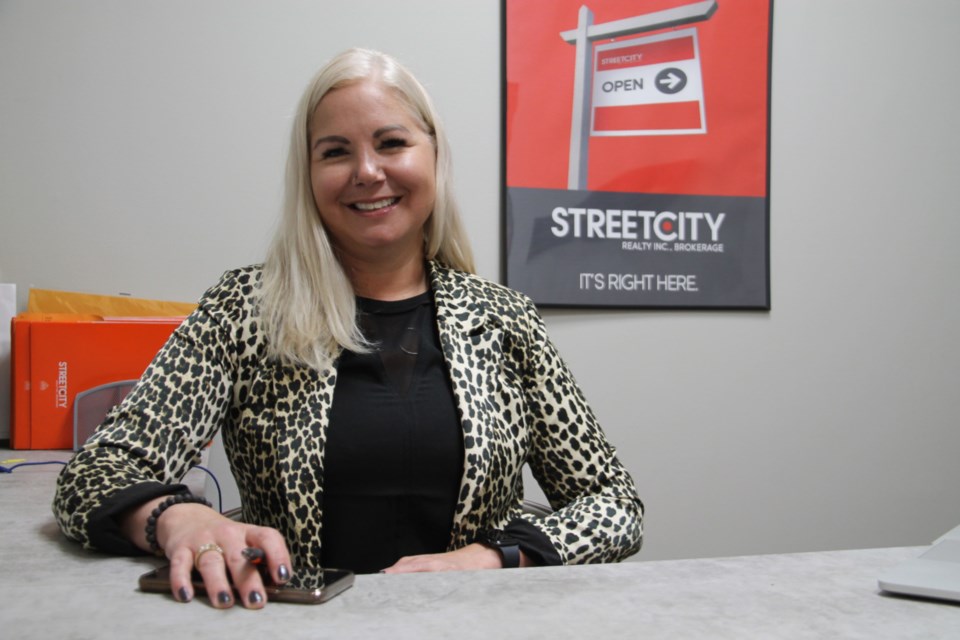 StreetCity Realty is the new kid on the block in regard to the Sault’s real estate sector, opening its Queen Street East office in October 2017.

But Jean Morrison, StreetCity’s Sault managing partner, is no stranger to realty, having been involved in the business for the past 13 years.

“I was with two other brokerages before, and everything was fine, but the StreetCity owners contacted me and asked me if I would be willing to partner with them and open a branch for them in Sault Ste. Marie (the company headquartered in London, Ont.),” Jean said, speaking to SooToday.

“It was the best decision I ever made.”

“I think one of the most rewarding things about real estate is the relationships you build. I’ve made so many friends just through selling them homes, you get to know them and meet for drinks. I’ve sold some beautiful properties. The waterfront is one of my favourite places to deal with.”

Real estate has its dangers too.

“I’ve fallen down a set of stairs and broke four ribs in one house. That was eight months ago. That was a memorable one,” Jean laughed good naturedly.

The real estate field is something Jean recommends.

“Absolutely. For people of any age it’s great. I have someone in her mid-20s, I’m getting her registered, and she’s going to meet so many people in her own demographic. She can enjoy real estate for many years. I know other agents who have just retired lately and they’re in their 80s.”

Training for real estate costs approximately $5,000 (through online learning offered through Humber College), can take anywhere from six to 18 months to complete (depending on a person’s schedule) and can lead to a six-figure income.

“My original plan was to get into music therapy, and I played the alto sax and piano while I was there... now I sing, play the ukulele and the piano,” Jean said.

“I was self employed before going into real estate 13 years ago, then I sold my company and lived on the waterfront in Bruce Mines. I worked at RBC and then I thought my aunt was in real estate, and I was always intrigued by homes and interior design and thought it would be a good career, a good fit for me. It was a good opportunity to have flexible hours and raise my kids, even though the hours can be really demanding, but you can control your own schedule.”

Jean made the transition to real estate, and stated “I can’t imagine doing anything else. I would add other things to my life, like public speaking and female empowerment, but I love real estate. It’s not something you don’t have to retire from either.”“When somebody walks into a house for a viewing and they like it, I can tell by their faces, by their body language. I always do the happy dance when I make a sale. It feels great,” Jean smiled.