Chaga: The Northern Ontario superfood that literally grows on trees 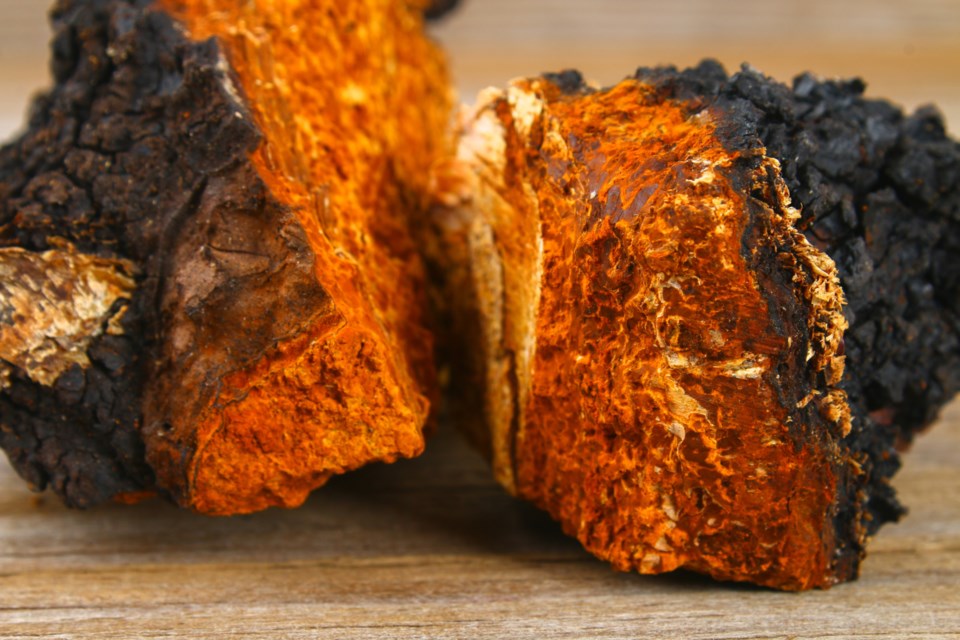 Have you heard of this 'magic' mushroom that researchers say holds medicinal powers? No, not that kind of hallucinogenic magic!

We’re talking about chaga – the fungal growth that mostly closely resembles a mushroom – yet looks more like a “tree scab” than anything else.  While it can resemble dirt, it is distinguished from other growths because of its orangish hued interior.

Blair and Heather Kovacs, the owners of Annanda Chaga, discovered the medicinal benefits of chaga – a fungal growth on trees – after researching for natural solutions to their own medical crises. And miraculously – chaga worked wonders.

Blair Kovacs had been suffering from a number of ailments, including depression, anxiety, and gastrointestinal illnesses. Yet chaga had such a dramatic effect on his health that he left his IT business to devote his entire career to harvesting the nutrient-dense superfood as well as preserving, and distributing it.

“It was a huge leap of faith,” says Kovacs. “But here we are seven years later and thriving.”

The company works out of Sault Ste. Marie, Ontario and sells them at the Country Way, various health food stores across the province and online. But while Annanda Chaga is a relatively new business, chaga has been used for centuries by Indigenous communities around the world.

“It was used by shamans and medicine men,” says Kovacs.

Chaga is the fungus that grows over an injury to specific types of trees. Once developed, it absorbs nutrients for up to 25 years at a time – making it a superfood. The slow-growing “mushroom” has been used in traditional Chinese medicine as one of the most powerful anti-oxidants in plant form and Indigenous communities have also used it during traditional ceremonies.

“Of course, sacred medicines are not often shared and so chaga wasn’t heard about (in the mainstream) until very recently.”

Many critical elements of Indigenous sacred medicines were lost during Canada’s cultural genocide through residential schools when the bonds between elders and their grandchildren was broken.

Chaga, rich in phytonutrients, also processes betunilic acid which is absorbed via the birch tree’s betulin – the extract that makes birch bark white.

“It does a great job of simply balancing your body and strengthening your immune system,” says Kovacs, who regularly holds chaga tea parties and teaching sessions. “We recommend a cup or two of the tea a day to optimize its health benefits.”

Chaga also comes in a convenient tincture form and people often take a drop a day during cold and flu season.

Annanda Chaga Mushrooms are organically certified through Ecocert Canada and are laboratory tested safe from heavy metals and pesticides.

“Mycology – the study of mushrooms, is a very undeveloped area,” Kovacs says. “But more and more we are discovering their healing properties.” Chaga is like a multivitamin – especially high in riboflavin and niacin, vitamins B, potassium, magnesium, zinc iron, and enzymes.

We're looking for stories! If you've got a local health and wellness tale you want to share, let us know at news@sootoday.com