Skip to content
Sponsored Content
This Content is made possible by our Sponsor; it is not written by and does not necessarily reflect the views of the editorial staff.

Spotlight: O’Sullivan Funeral Home’s outlook on business is everything you’d hope it would be.

What does it mean to be family owned in Sault Ste. Marie? 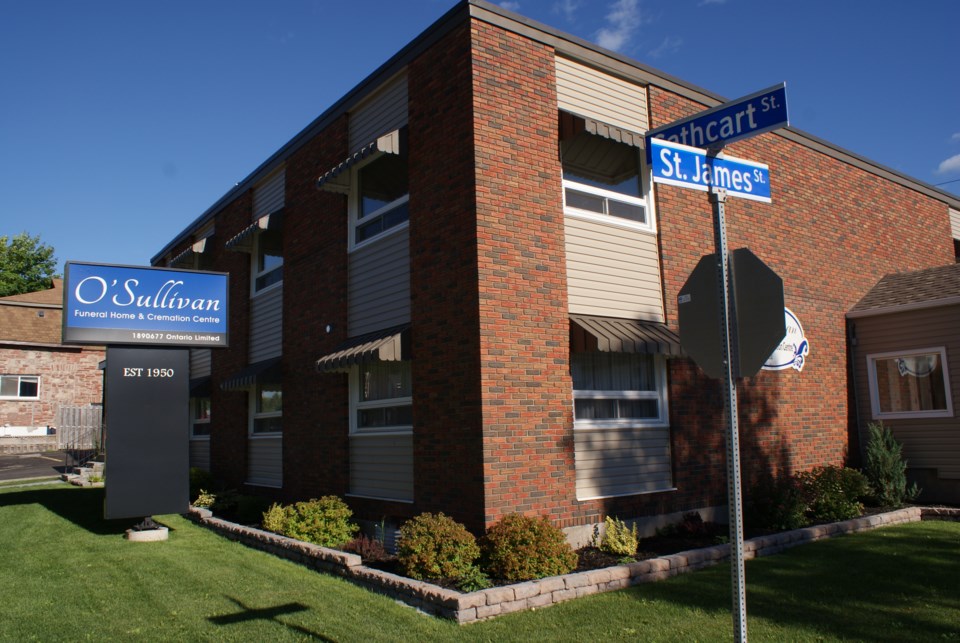 There is an added element of pressure associated with being a locally owned, family operated business. The marked difference is the level of accountability that materializes with such a narrow gap of proximity between business and customer. The people served are friends, neighbors, fellow business owners, city officials and often the people you bump into at the grocery store.

In smaller cities, locally owned businesses have to answer to their community. There is a direct relationship between commerce and the immediate public creating an expected higher standard of service.

In Sault Ste. Marie, family owned O’Sullivan Funeral Home thrives on this pressure to deliver top-level service to their community. Having six degrees of separation between them and the public is part of their daily operation and it’s just the way they like it.

“We see the people that we serve on a daily basis,” says O’Sullivan Funeral Director and Owner Lisa Damignani. “Whether it’s through our business, at the Greyhound game or in the mall; there is distinct relationship with our community. And there is a great sense of responsibility that comes with that.”

In 2014 Lisa Damignani took over as owner and Funeral Director, restoring the funeral home to its original moniker, O’Sullivan Funeral Home. Since then, the St. James Street operation has undergone a complete makeover to better serve the community.

Providing funeral services is one of the most personal professions there is. “We are the only funeral home in Sault Ste. Marie that is 100 percent family owned,” says Damignani. “We understand family. And this allows us to provide our services during difficult times with a personal touch.”

O’Sullivan Funeral Home’s connection with community runs deeper than providing a service. Beyond their client-centric mentality, O’Sullivan’s philosophy about the greater picture that is Sault Ste. Marie spills steadily outside of their St. James Street location and into the public.

“The decisions we make are local and responsive to our community. Not only do we offer payment plans to families who cannot afford to pay the entire bill at one time, we actively support dozens of community initiatives. This is our home and we want to see it thrive.”

O’Sullivan Funeral Home has proudly serviced families in Sault Ste. Marie for 68 years and continues to put the needs of their community first. A heightened
expectation to better serve their clients has been a driving force for their company since inception and remains a source of motivation toward the success of their business to this day.

For more information about O’Sullivan Funeral Home and their services, visit OSullivanFuneralHome.com.

This Content is made possible by our Sponsor; it is not written by and does not necessarily reflect the views of the editorial staff.